A friend of ours is a gin fancier (as are we) who tries every available gin that comes on the market. Australia has a lot of home grown gins, some exceptional and she recently mentioned this one from Tasmania on her Instagram feed.

So that’s why l wake up on the floor, to find that everything in the house has been smashed.

maximus otter said:
So that’s why l wake up on the floor, to find that everything in the house has been smashed.

That's a better excuse than ''The Devil made me do it!''

The worst possible news during the coronavirus panic.
50 million pints of beer set to be thrown away.
It's an absolute disaster on an epic scale.
https://www.bbc.co.uk/news/uk-52199185

Trevp666 said:
The worst possible news during the coronavirus panic.
50 million pints of beer set to be thrown away.
It's an absolute disaster on an epic scale.
https://www.bbc.co.uk/news/uk-52199185
Click to expand...

I will happily take a million of those off their hands.

Cochise said:
A friend of mine refers to white wine as 'lady petrol' . It doesn't seem to upset the females he's serving it to. He's a Navy bloke.

Edit: Supplementary question. If the suppliers have already decided risque names were not economically wise why would CAMRA need to ban them? Mind you, I always thought CAMRA were a bunch of tweed-encrusted snobs more interested in sniffing the ale instead of actually drinking it in any sensible quantity, but that might just have been the local branch where I grew up.

And bitter beer is not supposed to be citrusy. I've given up on the progressively more inoffensive flavours of beer and resorted to Guinness. Courage Directors used to be so dry and bitter you needed a drink afterwards. Never been the same since they stopped brewing in London.

Oops, sorry, got on one of my hobbyhorses there.
Click to expand...

Apart from Abbot, and Bishops finger, Tourettesbloodyshittybitter is one to look out for.

Yithian said:
My favourite is here:

Another very good Korean brewery that has popped up:

It was warm today, so I had a (not quite) pint of their 353 Lager with my spicy seafood pizza.

And the descriptions here (my local brewery--click each beer name) will make you salivate for one: 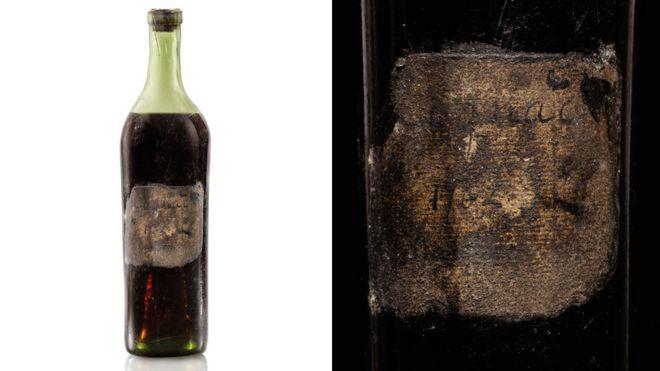 The spirit dates back to 1762 and has been stored in a family cellar for the past 140 years. It should still taste good, Sotheby's auction house said.

The bottle was bought by a private collector in Asia and has set a record for the most expensive bottle of Cognac sold at auction, Sotheby's added.

It is one of only three bottles of the rare Gautier Cognac still in existence.
Click to expand...

Seems a bargain compared with a bottle of The Macallan 1926 which sold last year for £1.5 million.

Can't stand over priced Craft and newer Real Ale's but love the OBB and Stout and price from this Brewery.
https://www.samuelsmithsbrewery.co.uk/.