Are Cats Psychic? One of Cassie's favorite meals was Bernard Matthews Turkey Ham. When arriviving home with the weekly shopping - 5-6 bags - she would always sit next to the one that contained same. Mixed the bags around as an experiment - didn't fool her for a moment - she would just relocate as necessary. Surmised it couldn't be detecting the smell, seeing as it was in a sealed packet. So how then...? Anything similar?

Wouldn't be at all surprised if has already reached the Scottish highlands... and a Wildcat decloaks for one moment to check out this new tough cat in town...

Comfortably Numb said:
Perhaps some culture?
Click to expand...
Nora is probably my favourite cat! She was a rescue cat from Camden NJ! A more musical address would be hard to imagine. Thousands of famous records were made at the Victor studios in Camden in the early days of records!

No doubt, clever editing plays a part but Nora does seem to enjoy the sounds she makes.

The Concerto built around her themes is delightful!

CarlosTheDJ said:
Both our cats love cheese....and butter/spread. They come legging it in to the kitchen when they hear the bread bin open!
Click to expand...

Incidentally, heard you were awesome on the decks last night... 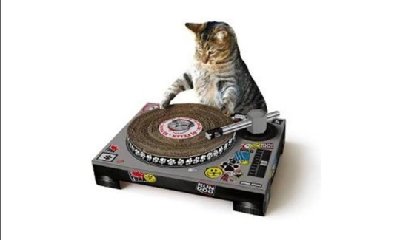 Incidentally, heard you were awesome on the decks last night...

View attachment 20872
Click to expand...
We've got that EXACT scratcher!

CarlosTheDJ said:
We've got that EXACT scratcher!
Click to expand...

CarlosTheDJ said:
We've got that EXACT scratcher!
Click to expand...
That particular cat?

Click to expand...
Dearly-departed Mixa laying down some phat beats a few years ago. 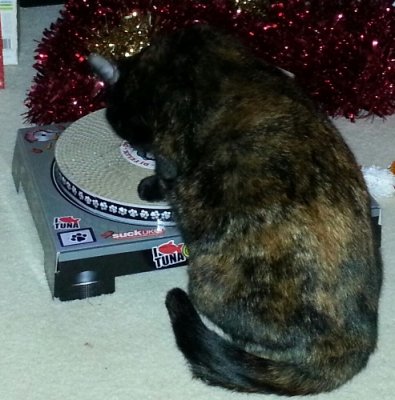 CarlosTheDJ said:
Dearly-departed Mixa laying down some phat beats a few years ago.
Click to expand...
This is verging on insane...

CarlosTheDJ said:
Dearly-departed Mixa laying down some phat beats a few years ago.

View attachment 20875
Click to expand...
OMG, you has lil pussy prints on the edge of the turntable, cuuuuute

Click to expand...
They should put these two together for an entertaining double act.

hunck said:
They should put these two together for an entertaining double act.
Click to expand...
Right on!

Next thing we know, cats will be singing the blues...

He is annoying that cat, and me

Comfortably Numb, you are not annoying me tho, thought i would make that clear, cause it may be misconscrewed

Shady said:
Comfortably Numb, you are not annoying me tho, thought i would make that clear...
Click to expand...
See this forum and coincidences...

Was in the process of replying to your previous and about to say, profoundly know what you mean.

Was 50/50 about posting for those very same reasons.

Had another look at the video and concluded, our blues cat is... quite comfortable with all the attention!

Having fun with his feather...

Lord Lucan said:
Having fun with his feather...
Click to expand...
Brilliant laugh! You have reminded of an incident some years back.

Summer night and awoken around 3 a.m. by sound of a disturbance.

With due trepidation, had to investigate.

It was coming from the kitchen... opened door, switched light on... and there was Cassie going absolutely ballastic chasing a large moth.

It had presumably entered, via window being opened, due to summer heat.

Kitchen was a mess - anything which could be knocked over, had been, as Cassie continued to leap from surface to surface, whilst endeavouring to climb the wall in pursuit of same.

OK for a posting some photos - can you name the cat owner?

Aside from which, these are wonderful. 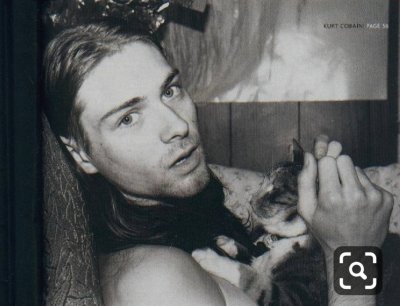 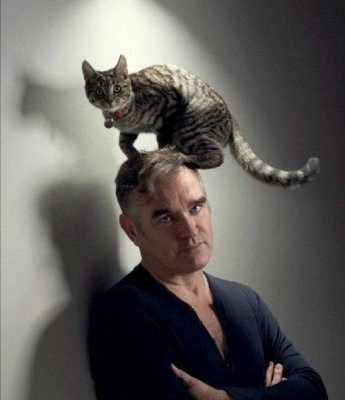 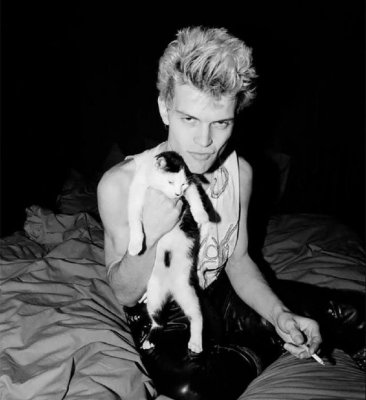 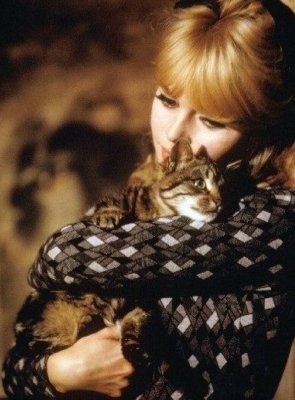 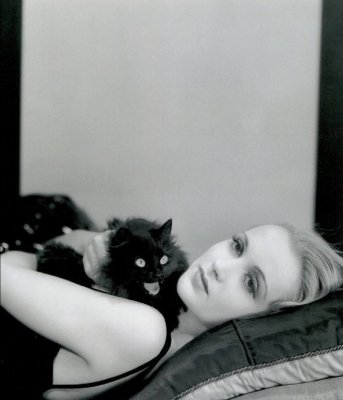 Mythopoeika said:
Kurt Cobain
Morrissey
Billy Idol
Click to expand...
Correct! The fourth photo, you might be annoyed about not recognising. The last is somewhat more challenging....

I'm too distracted by the cat in the last one - what the hell is it doing?