I always understood that sucking eggs was symbolic of the soft food which was all toothless elders could tolerate.

Rotting, painful teeth left them dependent on pabulum, in their second childhood. Teaching was unnecessary.

Yes, what is wrong with blowing them?

I took my friends a Rheas egg as a treat (Butchers was selling them off cheap; no one wanted strange eggs)

We blew it, and its now in a bowl on their dresser.

(And made the mother of all omeletes...)

Kondoru said:
Rheas egg
Click to expand...
Just looked those up and imagining the omelette!

I usually take along a couple of gates when I go to parties.

Bill and Melinda seem to enjoy it.

And speaking of charity shops, took two large shopping bags of books and DVDs to the local charity shop, and one of the women behind the counter (why is it always women? Why don't the men get off their backsides and volunteer?) said that earlier in the day someone had turned up with a car full of clothes to donate, and they'd spent the time since sorting through it all. It's not a very big shop, quite tiny, and the donated clothes took up a lot of what little space they had, and they were still having to sort through the clothes. I just left my bags of books and checked the books on display, but there wasn't anything I wanted.

I have often seen vans pulling up outside the charity shops and loading up with bags and boxes. I suppose they must have some sort of re-distribution system for the stuff they don't think they can sell.

INT21 said:
I have often seen vans pulling up outside the charity shops and loading up with bags and boxes. I suppose they must have some sort of re-distribution system for the stuff they don't think they can sell.

INT21.
Click to expand...
Some of that stuff ends up at the tip if they can't sell it or pass it off to some other charity.

Yes, getting rid of stuff at Charity shops is getting harder and harder.

Why not give it to a Car booter, or car boot it yourself?

Car boots sales are notorious for being the place where lots of stolen goods end up.
T

I volunteered at a local charity shop for quite a few years. Makes me really sad to think of the things that got chucked out. We had a whole shop filled with vinyl at the start, some of that got thrown out because there was just no place to store it and back then vinyl wasn't so collectable. I sometimes wake up in a cold sweat over that...

The ones round our end usual advertise that they are low on stock and to bring some in.
I thought they sent stuff to their others shops so you didn't see people walking around in ya shit lol and the other shops did the same, swap shops
Last edited: Aug 28, 2019
C

Her indoors got a portable sub powered fan for a fiver from..... John Lewis!!!!! It's quite powerful as well and she'll use it at work. That's a bargain.

A belt-tightening period has left little for charity jaunts, or petrol-money to get there. I was, however, drawn to a box of LPs outside one Chadderton store. In all there were probably only fifty discs, twenty were selected initially and whittled down to ten. The key points were that they were in near-mint condition and the asking-price was just 20p. per disc:

The only noted collectors' item is the Martzy. Online asking-price is £60-70. Oxfam claim to have shifted one at £35. I see I already had one copy of it plus one of the Heliodor reissue. The new disc is essentially mint, sleeve rubbed here and there with an ugly corner-rip where a sticky label has been torn. Female violinists are a classical-collector cult. This title and the MFP de Vito Brahms Concerto have benefited from the cult, though they are not all that rare.

The Jean Fournier/Horvath disc is on Ebay in a Westminster pressing at $63, reduced from $90. Shipping is $24, though!

I have a certain sentimental attachment to those early Nixa (pre-Pye!) issues which drew on the US labels, such as Haydn Society and Westminster. These copies are perfect time-capsules of 1954 and unblemished.

I dimly remembered having acquired Massenet's stab at the verismo genre. Two acts, all over and done with in 46 minutes. It was not a duplicate but a competing version. The ideal double-bill, perhaps!

Click to expand...
Lucky you ---am a bit envious

maximus otter
Click to expand...
You're the only person I know that actually uses a deerstalker for it's intended purpose.

maximus otter
Click to expand...
CarlosTheDJ said:
You're the only person I know that actually uses a deerstalker for it's intended purpose.
Click to expand...
I once had a beautiful deerstalker that I used for its intended purpose, by which I assume you mean "wearing as a hat for hat's sake and not imitating Sherlock Holmes", rather than "stalking deer". It was a brown houndstooth from Millars of Clifden, Connemara, and I positively wore it out. Some years after getting that hat, I bought another, more modern-looking greenish hat from the same maker at the Shannon airport duty-free shops - I might still have that one in a closet or box somewhere. I discovered recently that this second hat is virtually identical to one worn by Basil Rathbone in some of his later Sherlock Holmes films! (See here and here.)

I have been searching in vain for another Millars deerstalker recently.

ChasFink said:
I once had a beautiful deerstalker that I used for its intended purpose, by which I assume you mean "wearing as a hat for hat's sake and not imitating Sherlock Holmes", rather than "stalking deer".
Click to expand...
No, I meant using it for stalking deer in MO's case.

ChasFink said:
I stand corrected.
Click to expand...
Now I'm picturing you saying that using the exact face in your avatar

...but wearing a deerstalker.

I forgot my other recent triumph, an unworn ankle-length Windsmoor wool and cashmere coat for my wonderful wife: £20!

No longer will she have to staple a fresh layer of cardboard into her previous coat to see her through another winter!

oooh! I had a Windsmoor suit for work. Lovely lovely fabric and impeccable tailoring.

Actually spotted this at the Kirkstall Revive shop this morning, admittedly some miscreant may have given the box next to it a small nudge. 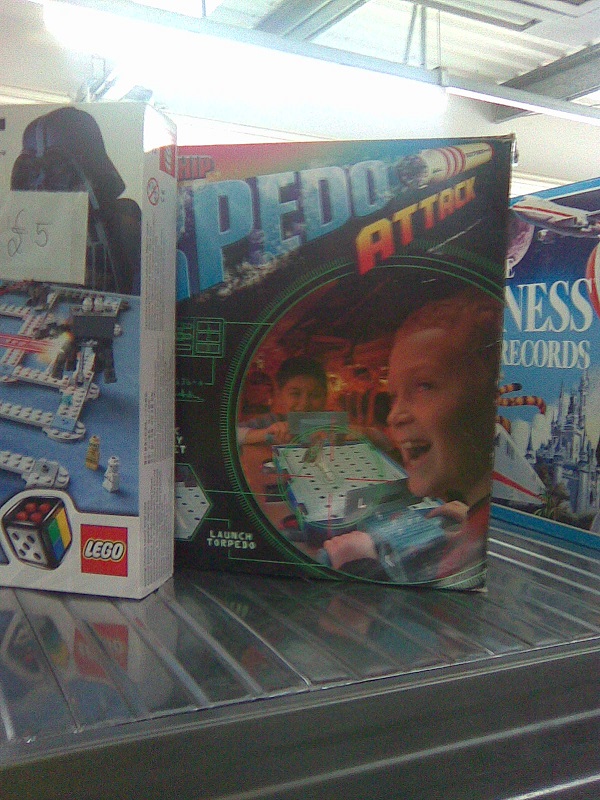 Also spotted there and aquired for 20p... a bit flimsy but a fun onbect. 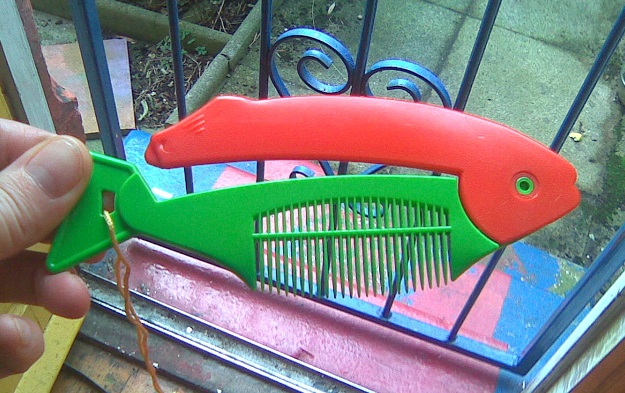 OneWingedBird said:
Also spotted there and aquired for 20p... a bit flimsy but a fun onbect.

CarlosTheDJ said:
You're the only person I know that actually uses a deerstalker for it's intended purpose.
Click to expand...
Pursuing Victorian criminals through the London fog?

Mythopoeika said:
Fairly unique-looking.
Click to expand...
What is it? A combination comb and castration-tool?

Down to Droylsden & Openshaw for a root around. The big Barnardo's outlet in Droylsden provided the only find:

The large-format jewel-case, chunky booklet and slip-case with Digital Recording on a corner-ribbon identify this set as from the first wave of CDs. They were launched in the UK in March, 1983 IIRC, though the companies had been making digital masters since the late seventies in anticipation. Here is a typically starry Decca cast of the period in the kind of studio recording which is seldom made now.

All was not well with the set, alas. Disc One = Act One has peeling of the metal side, so the disc is transparent in parts. Was this due to the perishing foam filler? I doubt it. I did add to the problem by erasing the printing on this disc by the use of lighter-fuel to remove traces of the filler from the disc. I have not yet tested it but I doubt if this disc will play. Fortunately, I have been able to download the missing act as MP3s.

The other discs look good. I see my only other complete versions of the opera are two Callas accounts, from 1952 and 1959. It's the one with the Dance of the Hours, known among musicians as Dance of the Whores and as Hello Muddah, Hello Faddah! to listeners to Children's Choice in the 1960s! :domo:
Last edited: Oct 9, 2019
You must log in or register to reply here.
Share: Facebook Twitter Reddit Pinterest Tumblr WhatsApp Email Link
Top