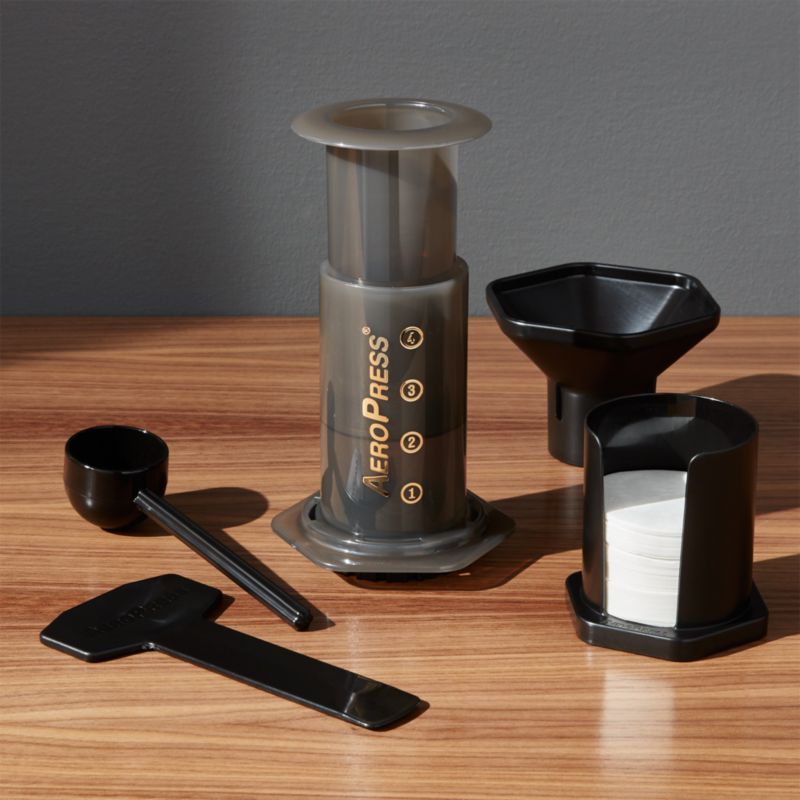 An AeroPress coffee maker, complete and with a modest supply of filters, for £6.99 instead of Amazon's £24!

You bought a bong? Tsk.

Having enjoyed the Planet Earth series on BluRay at the start of this year, I wondered how these standard-definition wildlife series would stand up. There are plenty of copies out there in this format - they were even given-away as newspaper freebies. I am not a BluRay purist at this juncture but have to say that this kind of material benefits a lot from the highest definition possible. Even then, you can tell the shots which have been taken in optimum conditions from those obtained at a distance.

With a declared running-time of nearly 3 hours, I thought the Royal Ballet disc might contain the elusive full-length version. Not so. The Extras add fifty minutes of balletomine waffle to the truncated two-hour score. Despite an addiction to opera, I feel a bit iffy about toe-dancing: maybe it was early exposure to some pictures of the ballerinas' deformed feet!

Mad House was an Amicus Horror from 1974, starring Peter Cushing and Vincent Price. I don't think I have encountered this one before, which employs Price, reflexively, as a hammy Hollywood horror star.

Speaking of horrors, the sequel to the Da Vinci Code was added as a makeweight. Five items for a quid! I quite enjoyed the Code. Maybe I was drunk. As I was in the mood for fluff, the sequel skipped my 7-year queue and got played the same night. It left me bewildered by its noise and stupidity, all sense of mystery lacking. I stayed awake, which made it worse!

Forgetting what I have already is not such a serious matter, when the discs are nearly free. With luck, they are improvements. Today, Hidden was just in an alternative sleeve and Whisky Galore had been part of a set - the discs were identical. The find-of-the-day was the Bogarde film. Odd it should turn up so soon after the box of his films, which prompted me to watch a Youtube critique of his films. Song Without End was featured, briefly, though it is hard-to-find. I have the soundtrack, played by George Bolet. The sleeve is gloriously garish and camp, totally 1940s in concept, though the film was made as late as 1960. This is the biopic of Franz Liszt, a warty, priesty, piano wizard who did not in the least resemble the lovely Dirk. Not that Ken Russell improved matters by casting Roger Daltrey in the rôle for his own shot at the composer. What did Liszt ever do to directors? This Chinese DVD seems to be the only way to see the Vidor-Cukor picture. It's fuzzy and faded, 1.85:1 or something instead of the original 'scope ratio. The sound is not too bad. A bit of a collectors' item.

Ahead of the storm, I got adventurous on Saturday and went all the way to Ormskirk on a whim. It has plenty of charidee outlets, in one of which a lady plays Ivor Novello on the Joanna! This is the lung-cancer shop, where I did well. There are endless horrible transfers of Frank Capra's most famous picture out there. This double-disc Platinum Anniversary Edition is very decent, if we ignore the colorized version, included as an extra. To be fair, some of the scenic bits of the colorized version seem very nicely-done; it's the pink-grey waxy skin-tones of the players which curdle it. Now I can junk the VHS tape, not that this gloomy picture has ever been any kind of ritual for me. Once in twenty years is enough already!

I have shown the 1953 Priestley adaptation to endless classes, always with the proviso that it is opened-out considerably from the claustrophobic dinner-party play. It cries out to be done in-the-round, when the impact of the Inspector's corporeal presence should make for a jaw-dropping denoument, when his reality is questioned. I have never owned a personal copy of the DVD, so this factory-sealed one was a nice find. Alastair Sim is, of course, peerless in the rôle. Much is made of Priestley's Socialism and Christianity but he was deeply interested in the supernatural and owned a massive library of Forteana. Today it resides in Bradford University.

The Metropolis double-disc set is the full version of the Eureka 2003 edition, which predates the added footage from Argentina. The Murnau-Foundation print showed up as a newspaper freebie but this set has a full-length Commentary with some documentaries on a second disc. I have the later version which may or may not include all this stuff, so I was pleased to add this to the pile.

Patrick Keiller's micro-budget films resemble the early Greenaway films, though with a more pointed political edge. I am looking forward to this BFI set, which came with a chunky booklet of essays.

Arrow Films claim The Tree of the Wooden Clogs is anamorphic widescreen. It isn't. It's 4:3 and full-frame. No big deal, when paying charity-shop prices but I would have felt fleeced by the £16 HMV-point back in the day. Olmi's semi-documentary account of Italian peasant-life is timeless and almost universal, as we watch the grim rituals of pig-sticking etc. which might determine a family's survival through a hard winter. I caught it once only on television and look forward, in a way, to seeing it again. It is very grainy when blown up to cinematic ratio and the subtitles get clipped in that mode. Probably best left full-frame.

Black Angel is a 1946 film noir from Roy William Neill, best known now for the Sherlock Holmes series. This has Dan Dureya and Peter Lorre in a dark tale of blackmail and adultery. The Region 1, Universal Noir Collection disc may play on my computer, when I plug the DVD-drive in. My BluRay player spits it out. Meanwhile, I see, a decent-enough version is up on Youtube! Downloaded already.

I was home ahead of the storm hitting, though cross-winds were beginning on the East Lancs. I considered the Ormskirk crop very decent and worth the extra petrol-money.

Edit: I see that a nicer print of the Olmi film is available on Youtube.
Last edited: Feb 10, 2020

The ending of An Inspector Calls blew my tiny mind when I was little.

Salford was tacked-on to an unproductive whizz over to Swinton. Unproductive, apart from some bargain Oriental condiments from Morrisons: big bottles of Sriracha Chilli Sauce, Fish Sauce and Chinese Rice Wine for under £5 total.

Fog Island is an old, dark house thriller, starring Lionel Atwill. I was surprised to find the date was as late as 1945; Atwill's name had been a guarantee of the creepy genre, since before Karloff and Lugosi. The disc has a pleasing cover from the original artwork but it is from the Elstree Hill stable, which practically ensures rock-bottom quality.

I am hoping for better quality on the Laughton disc. His pipe-smoking, scowly Maigret-face on the cover is startlingly like Harold Wilson! Direction was by Burgess Meredith, who also starred in the mystery, filmed on location in the Anscocolor process. "The Hollywood Studio Collection" is devoted to the RKO library and is, I think, properly licenced. The survival of the Anscocolor is the question . . .

Edit, after previewing: Elstree Hill disc lived down to expectations with a transfer from a worn print. A green tone alternates with a more neutral greyscale, reminiscent of the old practice of signalling interior/exterior or night and day shots. Yet this is random! The picture quality is just about watchable, despite this. The soundtrack, however is distorted and dim.

The Eiffel Tower picture opens with a 1-minute crawl, explaining that this UCLA restoration uses the only surviving prints. The film has been rescued from oblivion but it is not a thing of beauty; some vivid colours survive but definition is often poor. The scratches might respond to a more modern digital treatment.
Last edited: Feb 15, 2020

Elstree Hill were a blight on the DVD industry.

I bought Alien Quadrilogy box set today at revitalise charity shop, asking price was 90p ! ( I gave £2 as its a good charity) they always seem to underprice everything there.

tuco said:
Alien Quadrilogy box set today at revitalise charity shop, asking price was 90p
Click to expand...
Packed full of Extras - has anyone, other than Ridley Scott, actually viewed them all? - that boxed-set hit the shops with a steep price-tag! As time wore on, it became a lot more affordable, being indispensible for HMV's misleading "Sales." £99 reduced to £9.99 or something!

It certainly sold well - there can't be a Cash Converter without at least ten copies! - the rest are in the charity-shops. A pound or two is the going-rate but you get a lot of Alien for your money!

JamesWhitehead said:
Packed full of Extras - has anyone, other than Ridley Scott, actually viewed them all? - that boxed-set hit the shops with a steep price-tag! As time wore on, it became a lot more affordable, being indispensible for HMV's misleading "Sales." £99 reduced to £9.99 or something!

It certainly sold well - there can't be a Cash Converter without at least ten copies! - the rest are in the charity-shops. A pound or two is the going-rate but you get a lot of Alien for your money!

This is my Quadrilogy:

CarlosTheDJ said:
This is my Quadrilogy
Click to expand...
I bet that Giger bloke never had to dust his own bloody aliens!

GNC said:
Elstree Hill were a blight on the DVD industry.
Click to expand...
I see it is a brand-name of Pickwick, an impulse-buy outfit which has been blighting the bargain-browsers since the sixties, at least. IIRC, it is an outpost of the US Hallmark empire. Their natural, retail partner-in-crime was Woolworths, back in the day of vinyl and tape. I have a feeling that the DVDs were handled by The Works and similar stores, though I do recall that HMV used to carry some of them at prices which would lead you to expect better - until you saw the brand! Their Intolerance was more intolerable than ever before.