Bigphoot2 said:
For some reason the theme from The Benny Hill Show started going through my mind when I read that
Click to expand...

By what possible mental contortion does a postman's tattooed leg suggest Benny Hill?

Very wise, you want to stay well away from my mental contortions

This smiley doesn't quite convey it -

Mods! Can we please have a 'backing away slowly' one?

Boy, 12, 'chased' by man wearing 'killer clown' makeup and wig in Castlemilk
The youngster was approached by a man in a clown outfit at the Barlia Park Pitches on Thursday at around 5.30pm.

The killer clown craze swept the nation last year (Note: This is a general image not the 'clown' at Barlia pitches)(Image: Getty Images)

A boy was "chased" by a man wearing a clown outfit in Glasgow yesterday.

The 12-year-old was at the Barlia Park Pitches in the Castlemilk area of the city when he was approached by someone wearing clown-like face paint and a wig .


According to reports, the man was standing alone in a nearby wood path before approaching the boy at around 5.30pm on Thursday.

Terror-frying! Burger King offers FREE Whopper to the first 500 customers who turn up to their central London eatery... dressed as a KILLER CLOWN

'Killer clowns' are back with reports of masked figures terrorising pedestrians
The craze swept the country last year, with several incidents being reported to the police.

To the Batcave, Robin!

Police bid to trace 'The Joker' attacker in Aberdeen 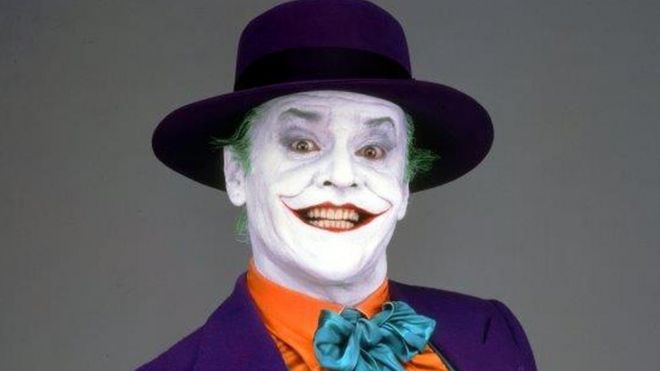 Image copyrightWARNER BROS
Image captionJack Nicholson played The Joker in Batman
A man dressed as The Joker from Batman who carried out an attack in Aberdeen is being sought by police.

A 20-year-old man suffered what were described as serious facial injuries in an unprovoked assault at Langstane Place near Bon Accord Street on Saturday night.

PC Eamonn Ryan said: "Do you know anyone who went out for Halloween weekend dressed as The Joker?"

The suspect was described as stocky, in his 20s, and about 5ft 11in tall.

When the police get hold of him it will be BIFF! THWACK! POW!

After the success of "It' and other horror movies, clowns' reputations have been damaged causing them to lose work and worse. This documentary follows real life clowns and their struggle in society.

I could watch this for hours ..

Dunno if I've mentioned this before, but I feel that clowns are scary because kids are forced to watch them and be amused. After a certain age, seeing grown men stamping in buckets of custard loses its appeal, however weirdly they're dressed. A kid who's reached that level of maturity might find others' continued amusement disconcerting.

I liked it when their cars fell apart at a circus, probably only because my Dad was/is a mechanic though ..

Shakes the Clown has been charged with groping two women at a holiday haunted house in Wisconsin, records show. 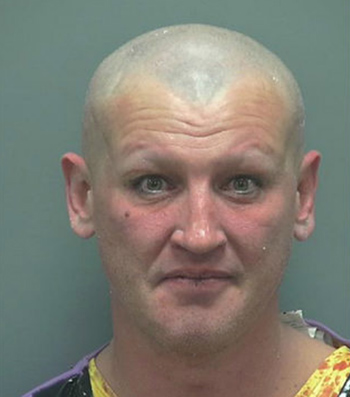 According to a criminal complaint, the victims had their breasts pawed last month while waiting to enter a “haunted barn” at a campground in Janesville. Police had been summoned to the scene following reports that women were “touched inappropriately by a clown.”

Two women told cops that a “clown with green hair” first approached them and asked, “Do you want me to Donald Trump?” While making this inquiry, the clown “made a hand gesture towards their vaginas and made a squeezing motion,” the complaint alleges.

Both women said that they “were not touched at that time,” but had been “caught off guard by what the clown had said and found it inappropriate.”

Following the “Trump” comment, the clown allegedly grabbed and squeezed the breast of one woman, and then did the same thing to her companion. The clown’s actions, the women told police, left them feeling “violated and uncomfortable.” Neither victim, investigators noted, gave “the clown consent to grab her breast.”

A sheriff’s deputy subsequently identified the alleged assailant as Brandon Goral, a 43-year-old Janesville resident. Goral said that he “goes by the clown name of Shakes.”

I bet he feels a bit of a tit.

David Plankton said:
I bet he feels a bit of a tit.
Click to expand...

ffs you can't make comments like that these days. I wish you'd keep abreast of things.

Naughty_Felid said:
ffs you can't make comments like that these days. I wish you'd keep abreast of things.
Click to expand...

He'll be busted for that.

You two, honestly. What a pair.
C

I have a friend who has the urge to punch clowns in a vaguely phobia type way. not really asked him but i guess he's scared of them. finding them annoying i can get, wanting to beat them up, well.......

Send in the clowns: The Clandestine Insurgent Rebel Clown Army wants you

Trigger Warning: if you are coulrophobic (suffer from a paralyzing fear of clowns), this article is probably not for you. Select another wonderful piece written by the great contributors here at Dangerous Minds, as you will not enjoy the information I am about to relay to you. If you have no fear of Ronald McDonald or Bozo and their ilk, you will be quite interested to find that beginning in the mid-2000s, a clown army was established in order to fight for our right to party.
Okay, so maybe they weren’t exactly fighting for our right to party as such, but CIRCA—the Clandestine Insurgent Rebel Clown Army—was most certainly established in order to keep The Man from trying to keep us down in a variety of ways. To quote from their now-defunct-but-Internet-Archived-website, CIRCA’s aims were highly political but filtered through the theatrical. They state:

CIRCA is reclaiming the art of Rebel Clowning, it’s combatants don’t pretend to be clowns, they are clowns, real trained clowns. Clowns that have run away from the anaemic safety of the circus and escaped the banality of kids parties, Fools that have thrown away their sceptres and broken the chains that shackled them to the throne.
CIRCA aims to make clowning dangerous again, to bring it back to the street, restore its disobedience and give it back the social function it once had: its ability to disrupt, critique and heal society. Since the beginning of time tricksters (the mythological origin or all clowns) have embraced life’s paradoxes, creating coherence through confusion - adding disorder to the world in order to expose its lies and speak the truth.
Click to expand...

CLOWN CORE .. you can almost see a clown's nob ladies and gentlemen so NSFW

Now, that sort of income and security may be disappearing.

“Young people have not been excited by clowns,” says Richard “Junior” Snowberg, a World Clown Association founder and a retired professor [sic]. “They’re more excited by entertainment on screens.”

…The World Clown Association has 2,400 members, about half its peak membership in the 1990s.

Now, that sort of income and security may be disappearing.

“Young people have not been excited by clowns,” says Richard “Junior” Snowberg, a World Clown Association founder and a retired professor [sic]. “They’re more excited by entertainment on screens.”

…The World Clown Association has 2,400 members, about half its peak membership in the 1990s.
Click to expand...

I see this as my call to return to the Trade Union movement.

Here's a true evil clown: a woman who dressed up as one for kinky sex.
I first read about this in the Times which reported it in a frankly comical tone. The Telegraph's version is hardly more respectful. Comedy gold.

A young mother has been jailed for 11 years for stabbing her occasional boyfriend as they has sexual intercourse after texting him to say men should only be used as "human sacrifice".

Zoe Adams, 19, has dressed up as a clown and put a pillow over Kieran Bewick's head to make their encounter more exhilarating on July 29 last year, Carlisle Crown Court heard.
Click to expand...

Proof, if proof were needed, that clowns and yodellers are evil.

Mythopoeika said:
Proof, if proof were needed, that clowns and yodellers are evil.
Click to expand...

Depends who's doing the yodelling, and... where.

Found this on Ebay..... I will NOT be buying it! It's some sort of printed fabric you turn into something. I#'m not going any closer to find out any more!