Why such huge writing?
Quote function is in the Insert... menu that pops up when you click on the '+' button.

I noticed that you were getting a little shortsighted so I posted accordingly.

escargot1 said:
I noticed that you were getting a little shortsighted so I posted accordingly.
Click to expand...

I've ensmallened it a bit and removed the formatting and lost the direct link that was in it, grr.

1. Paste the text.
2. Create any links you need to create.
3. Select all the text you want to quote.
4. Click on the + button and select the Quote option.

Yup, I just cut/pasted the text I wanted, not realising that unlike the old board, this one doesn't strip out the formatting.
Dunno why it came out so big though.

A long-running war of words between an Australian and the official Scrabble body has finally been declared a draw by a state court.

The Victoria state magistrates’ court ruled the local chapter of the Australian Scrabble Players’ Association must overturn a years-old ruling that retired teacher Mohammed Hegazi had behaved in a manner “unbecoming” to the popular boardgame.

But Hegazi failed to persuade the court to declare he had never cheated while playing the 77-year-old game that’s played in 121 countries in 29 languages, Hegazi’s lawyer Robert Frajsman said.

The European Court of Human Rights has rejected a complaint by the grandson of Josef Stalin over a Russian newspaper article that called the Soviet dictator a “bloodthirsty cannibal”.

The article appeared in the newspaper Novaya Gazeta in 2009.

Yevgeny Dzhugashvili first filed a defamation suit against the newspaper in a Russian court, which ruled against him.

Dzhugashvili then took the issue to the European court.

ramonmercado said:
The European Court of Human Rights has rejected a complaint by the grandson of Josef Stalin over a Russian newspaper article that called the Soviet dictator a “bloodthirsty cannibal”.
Click to expand...

I find it hard to follow the thought process that led to the complaint being made in the first place. There must be thousands of books and articles that identify Stalin as the murderer of millions, without legal action from the grandson, and "bloodthirsty cannibal" almost seems mild in comparison. Perhaps he has a particular animus against tautology...

Probably too busy prosecuting the critics of Putin. There was another one mentioned in the paper today, being harassed.

Well, he wasn't a cannibal.

29 January 2015 Last updated at 19:32 GMT
Canada lottery 'winner' missed jackpot by seven seconds
Canada's Supreme Court has said it will not hear the appeal of a Quebec man who missed a C$27m (£18m) lottery jackpot by seven seconds.
Joel Ifergan bought two tickets for the weekly lottery draw in 2008, but the second ticket with the winning numbers printed just after the deadline.
Mr Ifergan argued he should share the winnings as he bought both tickets before the cut-off. 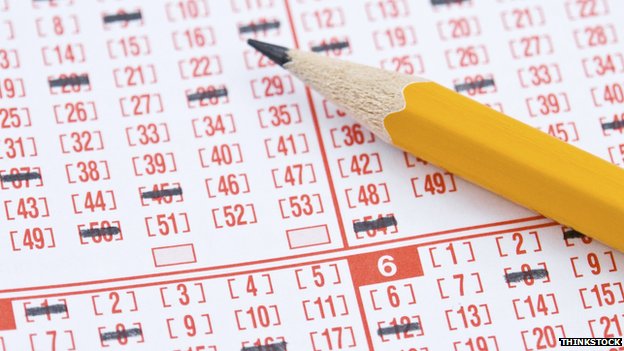 The Brazilian judge presiding over criminal proceedings against charismatic entrepreneur Eike Batista, once Brazil’s richest man, was seen driving a Porsche belonging to the fallen tycoon that had been seized by the court.

The car was one of several luxury vehicles confiscated by police earlier this month following a court order. Media said investigators had seized the cars because of concerns Batista had been selling or donating assets that were frozen as part of the insider trading case.

When asked why he was driving the Porsche, Souza told local business daily Valor Economico: “The Federal Police did not have a safe place for the car and it was exposed to sun, rain and possible damage. As I want the car to be preserved in good condition, I took it to a covered parking space (in the building where I live).” ...

An attempted robbery trial in Liverpool collapsed when a Muslim swore an oath on the Bible instead of the Koran.

But while giving evidence at Liverpool Crown Court, it emerged the takeaway’s manager Kerim Kurt had sworn an oath on the wrong holy book.

The packed courtroom was cleared and the witness left the stand, before the judge said the trial could not proceed. ...
http://www.liverpoolecho.co.uk/news/liverpool-news/liverpool-trial-collapses-after-muslim-8730891

Based on that logic, what book would they use for an atheist?

Mythopoeika said:
Based on that logic, what book would they use for an atheist?
Click to expand...

Atheists can choose to personally affirm that they will tell the truth.

Source: is a former Court Usher.

escargot1 said:
Atheists can choose to personally affirm that they will tell the truth.
Click to expand...

I chose this option when I was a witness at an employment tribunal. Maybe it should be the only option available.

I swear on The Wind In The Wiilows.

I always wondered if they'd accept the SCUM manifesto.

Only if UKIP win the GE.

Burned at the steak

A man cannot seek damages for burns he suffered while bowing his head in prayer over a sizzling steak fajita skillet at a restaurant, a New Jersey appellate court has ruled.

The ruling upheld a lower court ruling which dismissed his lawsuit. The man claimed a waitress did not warn him the dish was hot, but the lower court found the food posed an “open and obvious” danger.

The incident happened at an Applebee’s in Burlington County in 2010. The man said he bowed his head, then heard a loud sizzle followed by a grease pop. He then felt a burning sensation in his left eye and on his face. The man said he panicked and knocked the food on his lap, causing more burns. The burns did not cause scarring.

Thief throws his glass eye in a fit of courtroom pique:

A Ferguson judge singled out by the Justice Department for the aggressive fines he has handed out reportedly owes the Internal Revenue Service about $170,000.

Judge Ronald Brockmeyer has a backlog of taxes due to the US government going back to 2007, according to the Guardian. The judge’s fining policies were singled out by the DOJ investigation into the Ferguson Police Department and city court system, and were found to be aggressive and used to unfairly target African Americans.

The federal tax liens filed against Judge Brockmeyer are for tens of thousands of dollars in overdue personal income taxes from multiple joint filings with his wife, Amy, according to tax filings obtained by the Guardian. He also owes tens of thousands in employer taxes for his law firm and an annual employer-paid tax meant to fund unemployment benefits. Since November 2013, Brockmeyer has paid off another three overdue tax bills totaling $64,599. ...

A Chinese man who sued local government officials over an attack by a wild panda has won more than $80,000 in compensation, his lawyer said Monday.

The animals are renowned for their lovable appearance but despite their placid, bamboo-chewing image they are members of the bear family and have a fearsome bite.

The animal wandered into Liziba village, in the northwestern province of Gansu, where local officials trying to capture it chased it onto Guan Quanzhi's land, the Lanzhou Evening News reported.

"I saw a panda jump out in front of me, its body completely covered in mud," he told the newspaper. ...

ramonmercado said:
"I saw a panda jump out in front of me, its body completely covered in mud," he told the newspaper. ...
Click to expand...

A Greek court has convicted a dead man of stealing electricity from a power utility, giving him a six-month suspended jail sentence.

His defence lawyer, Christos Bakelas, told the Thessaloniki court that his client was dead.

He asked to have the trial deferred until he could deliver a death certificate. But the court refused, and on Tuesday convicted the man in absentia. ...

did it really exist? I always hoped so on the grounds that I liked the acronym. OK, so this is not a valid reason but......

I have a paper copy somewhere that I picked up in perhaps 1991, at a performance of Volcano Theatre Company's Medea Sexwar, which sort of combined the stories of Jason and the Golden Fleece an the SCUM manifesto.