Day Of The Animals: Tales Of Man Vs Beast (And Man Suffers)

CALGACUS03 said:
From what I've read about wolverine; they're one animal that I would not particularly want to come into contact with. Here in Britain we have the weasel and stoat; the wolverine is also a mustelid, but weighs as much as 70lbs and has been known to kill deer.

@Jim are wolverine any threat to Humans?

I don't believe they would attack a person for food. But if Y disrupted it while eating or with young watch out (for the giant raccoon from hell). Any animal that would try to and sometimes does fight with black bears for food and sometimes wins must have power and guts. I've seen the damage a bear (black and barren ground grizzlies) can cause including breaking down cabin doors if ones nor careful with food up north.

Jim said:
I don't believe they would attack a person for food. But if Y disrupted it while eating or with young watch out (for the giant raccoon from hell). Any animal that would try to and sometimes does fight with black bears for food and sometimes wins must have power and guts. I've seen the damage a bear (black and barren ground grizzlies) can cause including breaking down cabin doors if ones nor careful with food up north.
Click to expand...

I was watching 'Life Below Zero' (a tv show about peole living in the extremes of Alaska) last night, one of the featured characters Sue Aikins, who runs a refueling stop alone in Kavik (about as far north as you can get in Alaska) she had a wolverine in her camp and said "although wolverines have never been known to attack humans, out here alone im not a human to a wolverine, i'm just another food source". She has encountered bears, wolves etc and she says she fears wolverines the most.

In Moscow. Video at link. 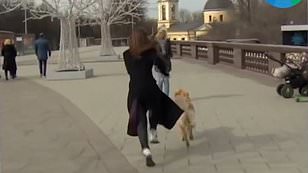 In Moscow. Video at link.

Trained by the FSB.
D

(Transplanted from the Magpies thread)


Naughty_Felid said:
It is sort of common when you are growing up and injury is rare.

You've just got to keep your head down, shield your eyes, and get out of their nesting zone. They'll leave you alone once you've put distance between you and the nest.
Click to expand...

Not a magpie story, but last summer the missus & I was out walking, when we were attacked by a buzzard (which I didn’t even think existed living wild in Britain)

The Buzzard didn’t attack from the air, but instead ran out from underneath a hedgerow, wings a flapping and hissing and spitting at us. We tried to ignore it by just carrying on walking, but the thing decided to attack. It came at me first and well discretion being the better part of valour, I ran for it. It chased me for about 30 yards back up the country lane, and I continued to run until I heard my wife scream. I stopped and turned, only to see the Buzzard was now chasing Mrs DT and Junior DT.

It gave up after a while, but now we were all standing 100 yards apart from each other in this quiet country lane, with the angry buzzard in between us, still flapping her wings and hissing and spitting.

Wondering what to do next, I used a tactic, that I’d always wondered would work if I was ever attacked an animal in the wild - I decided to run at the bird as fast as I could whilst shouting obscenities at it.

At first it seemed as if the Buzzard was up for a fight and I began to question my decision, but finally it backed off and started to run away.

Unfortunately it ran in the direction of where Mrs DT and my son were standing, so they had no choice but to run for it too. So picture a 47 year old woman running down a country lane, dragging her terrified 7 year old son with her, behind them a large bird of prey, who’s now in full retreat from a 49 year old man effing and blinding at the top of his voice.

The Buzzard eventually ran underneath another hedgerow and disappeared from sight. As we stood there catching our breaths, we heard uncontrollable laughter coming from behind. We turned, and there was a farmer sitting atop his tractor in fits of hysterics, clapping his beefy hands together and wiping tears of laughter away from his big red face. He said it was the funniest thing he had seen in years.

We simultaneously gave the farmer the middle finger, and sloped off home
Last edited by a moderator: Apr 6, 2021

Dick Turpin said:
...a buzzard (which I didn’t even think existed living wild in Britain)
Click to expand...

“...the commonest and most widespread UK bird of prey.”

Bizarre tale, though. l can’t help thinking that it must have been sick or injured. l’m not surprised, with an attitude like that...

maximus otter said:
“...the commonest and most widespread UK bird of prey.”

Bizarre tale, though. l can’t help thinking that it must have been sick or injured. l’m not surprised, with an attitude like that...

Not being a country boy Max, I wouldn’t really know.

My next door neighbour is a country girl though, and told me it’s very common for Buzzards to attack. Walkers, joggers and cyclists apparently.

It did give us a bit of a fright, although back in the comfort of our living room we both saw the funny side – my son however said that’s the last time he comes out walking with us.

Pig saves its own bacon in a daring escape on the way to the slaughterhouse.

"Smallholder Sarah Allan, from Langtree in north Devon, had been driving three pigs to an abattoir 11 miles (18km) away in Holsworthy.

But when she arrived she was astonished to find that one of the animals had jumped out of the trailer. It was later found in a field in Milton Damerel.

Ms Allan said: "I don't think I have it in me to send him back."

This just cries out for a reference to the Tamworth Two - so unusual for farm pigs to die of old age that I didn't know what their life span was. 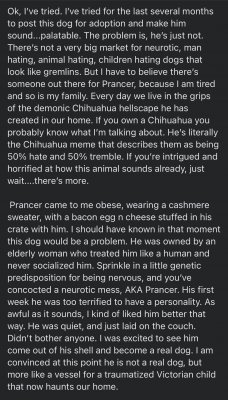 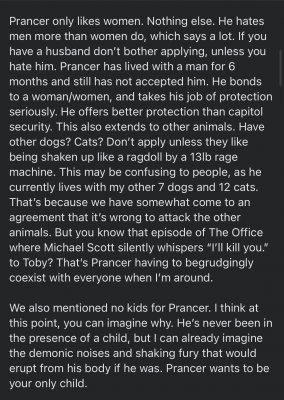 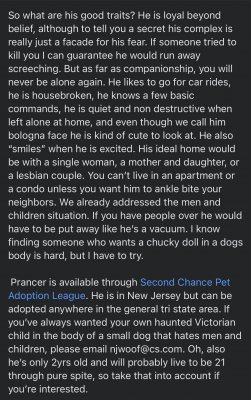 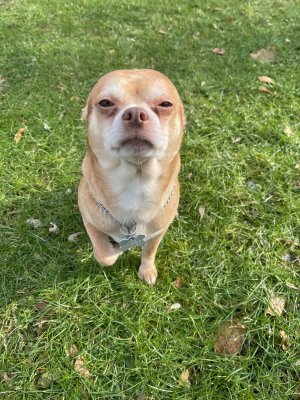 An Indian gang who committed robberies aided by their trained monkeys have been arrested following a rickshaw stick-up.

Police in India have arrested two men for training monkeys to steal cash and other items of value.

The Indian capital New Delhi has long had a problem with marauding gangs of monkeys attacking members of the public for food and more recently for valuables.

Now it has emerged that at least one criminal gang has been exploiting the mischievous little creatures and using them in street robberies.

In March, a local lawyer was robbed of 6,000 rupees (about £60) in the south of the city by three men who used monkeys to intimidate him as he was travelling in a rickshaw. ...
Click to expand...

We had a young adult man here back in the late eighties who used to rob houses and bring along his pit bull for protection. Then he had the nerve to sue a home owner when the home owners German Shepard killed the pit bull.

This guy thinks the fox is being friendly. Call me a skeptic, but I'm thinking rabies...

michael59 said:
This guy thinks the fox is being friendly. Call me a skeptical, but I'm thinking rabies...

I was living for a short time in a room on a old grange house, there was a big pond in the grounds that i took to looking after, cleaning the pumps/filters, feeding the fish etc, i would go out first thing with my coffee to feed the fish and sit by the pond and a juvenile fox would often come up to me and sit by my feet, it wanted to eat the fish but i made sure the net was secure over the pond, so i would take it out a biscuit every morning and it would delicately take it from my hand.

michael59 said:
This guy thinks the fox is being friendly. Call me a skeptic, but I'm thinking rabies...
Click to expand...

At least one South African poacher was stomped to death by elephants as he and two accomplices fled from rangers.

A suspected poacher was killed by a herd of breeding elephants that he encountered while fleeing from park rangers, according to South African officials.

Three people attempted to run away after they were spotted by rangers at the Kruger National Park, one of Africa's largest game reserves, on Saturday, South African National Parks officials said. ...

Rangers later discovered the man "badly trampled" and dead from his injuries. ...

Investigators say they are still searching for the third suspect, who continued to flee after he suffered an injury to the eye. ...
Click to expand...

Poetic justice, but what a way to go!

michael59 said:
This guy thinks the fox is being friendly. Call me a skeptic, but I'm thinking rabies...

The film was supposedly shot in England so rabies would be extremely unlikely.

maximus otter said:
A reading of the full article at the link provided may assist.

gordonrutter said:
The film was supposedly shot in England so rabies would be extremely unlikely.
Click to expand...

I think you are right there.

The animal is clear eyed and alert, even if it is displaying unusual behaviour.