Death is a lonely business: The miniature death scenes of Miyu Kojima Miyu Kojima is 26 years old and lives in Japan. She works for a company that cleans the rooms of houses and apartments where someone has died usually on their own, what the Japanese term kodokushi (孤独死) “lonely deaths.” Such deaths mainly occur among the older generation—bereaved wives or husbands whose partners have long preceded them in death and have continued living out their last years in a fractured, isolated world.
Kojima has been cleaning “death scenes” for four years. She became involved in the work after her father died. She cleans an average of 300 such locations every year. Kojima describes the work as hard, difficult, and often disturbing. She also claims the atmosphere in homes where someone has been murdered or has committed suicide as far more oppressive “(“the air is heavier”).

As part of the grieving process, photographs are taken of the room in which the deceased was found. These are sometimes used to help relatives (or friends) come to terms with the loss of their loved one. However, Kojima feels these images do not always provide the necessary closure. She therefore started making miniature replicas of the death scenes she worked on. Though not trained as an artist, Kojima taught herself the skills necessary to build and sculpt these miniature rooms. Each model takes four weeks to produce.
Click to expand...

More pictures at the link.

Walking from the metro station to PrintRoom I passed the Boijmans museum. Looking into the empty gallery space I saw some weird creatures. 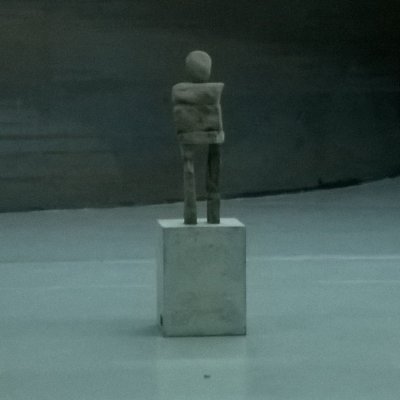 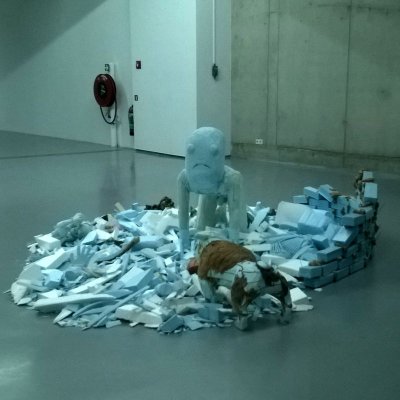 Apologies if this has already been mentioned (as I've not had the time to go through this entire thread, much as I'd like to..) but what about Christian Rex Van Minnen? His earlier work especially is bizarre, disturbing and utterly bonkers. I love it.

Spartacus Mills said:
Apologies if this has already been mentioned (as I've not had the time to go through this entire thread, much as I'd like to..) but what about Christian Rex Van Minnen? His earlier work especially is bizarre, disturbing and utterly bonkers. I love it.

It's 'realist' but not real. Weird sh*t, in fact.
Good find.

James_H said:
This new robotic mask of Elizabeth I has a real uncanny valley creepiness to it

They could at least have given her some hair! Looks like a shaven-headed Wilfred Brambell. So maybe accurate?

In my local museum! Tabernacle (1928) by Yves Tanguy (a well know surrealist).
This is a found object, that was used "as is" in several surrealist publications. I can understand that 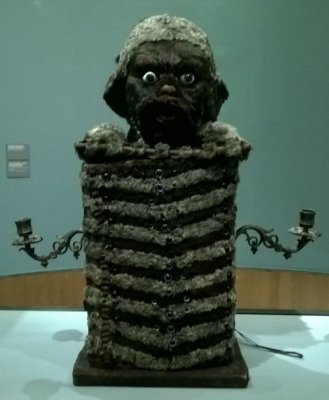 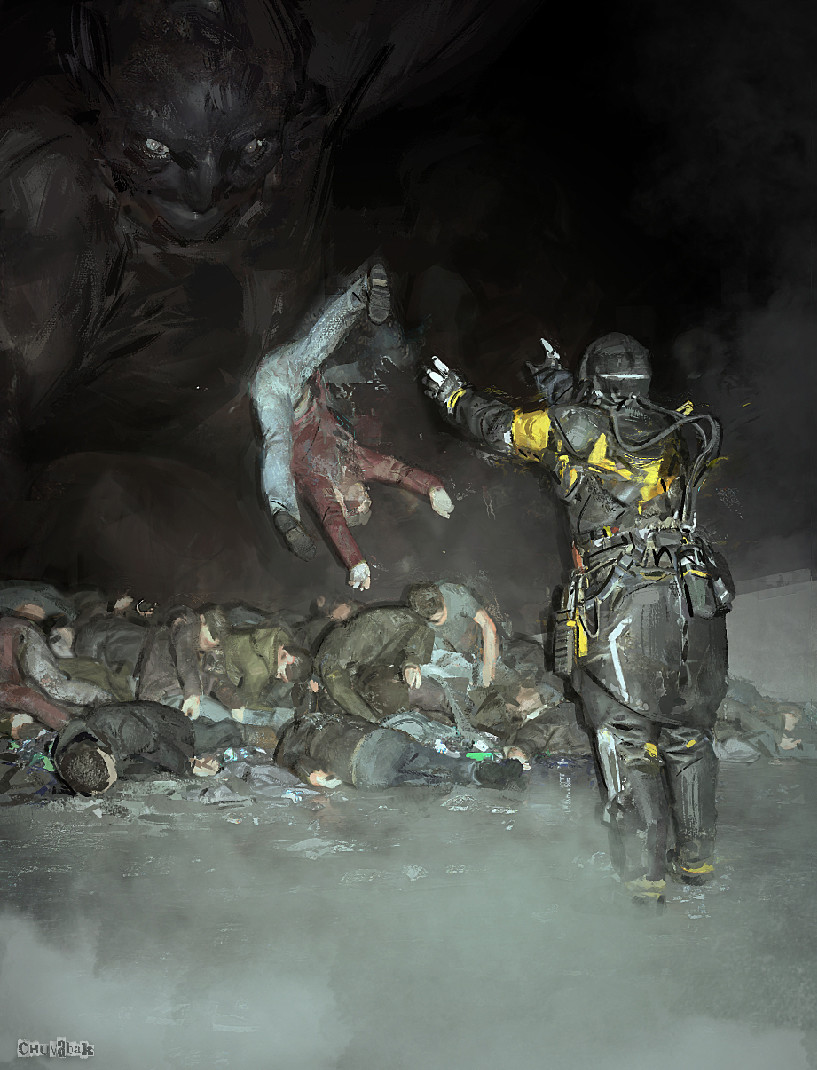 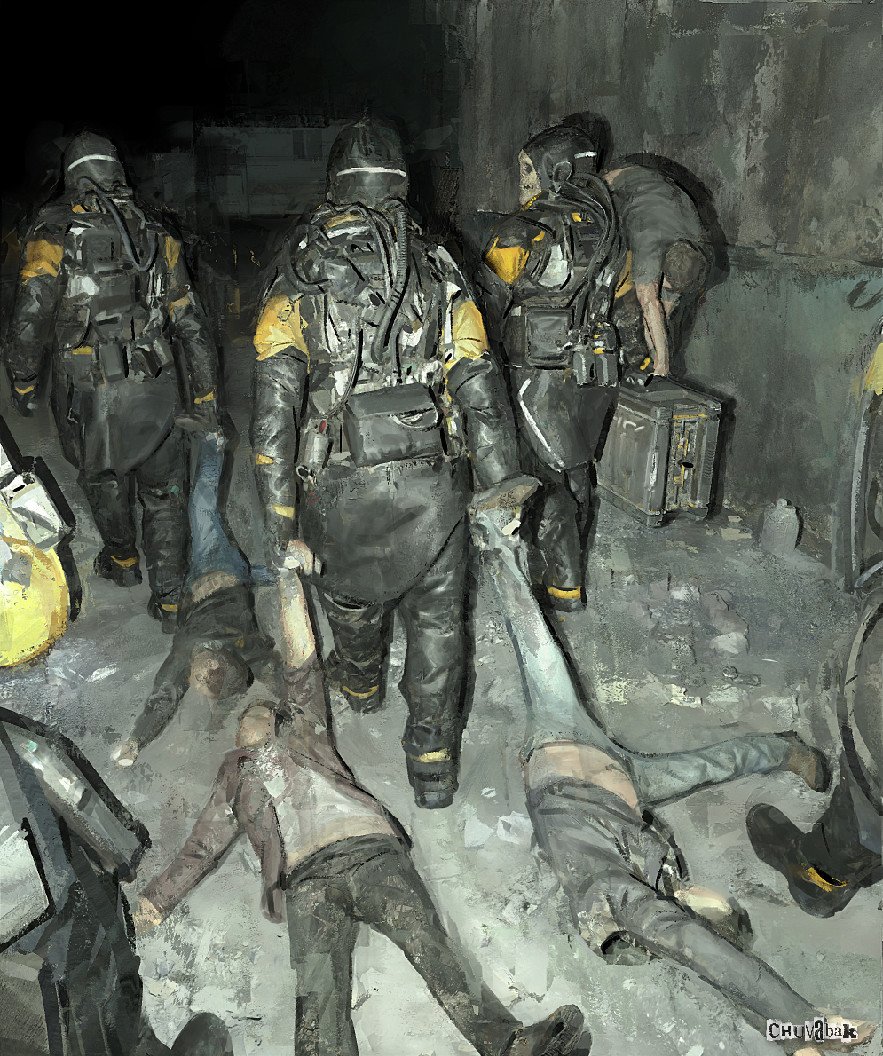 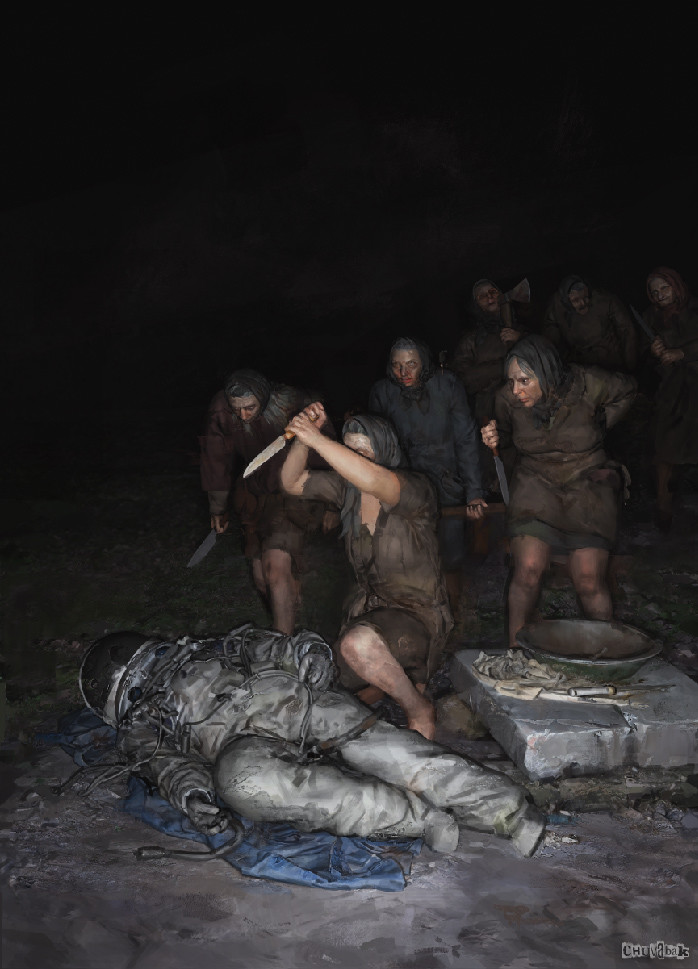 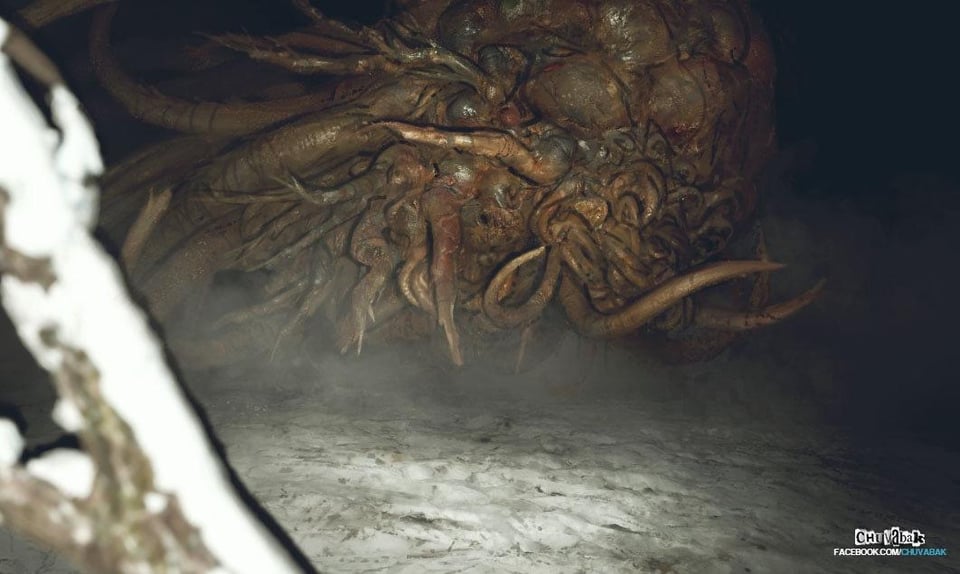 Those pics have a strangely 'photographic' quality.

Mythopoeika said:
Those pics have a strangely 'photographic' quality.
Click to expand...

Yeah when I first them on my phone it was like "whao!"

They're quite Jake and Dinos Chapman, except, you know, bigger.

Modern poem made from comments on this website:
https://uair01.blogspot.com/2018/12/fortean-times-forum-poetry.html

And while I was at it, I found an unfinished blog post with a poem made from pirated book titles.
So I finished it:
https://uair01.blogspot.com/2018/12/pirated-booklist-poetry.html
Last edited: Dec 25, 2018

A Kickstarter to make a movie of paint drying and make the censors watch it:
https://www.kickstarter.com/projects/charlielyne/make-the-censors-watch-paint-drying

uair01 said:
A Kickstarter to make a movie of paint drying and make the censors watch it:
https://www.kickstarter.com/projects/charlielyne/make-the-censors-watch-paint-drying
Click to expand...

Wasn't that done last year? Not that the film itself was released...

Today I saw an illegal sticker in a museum toilet. It links to a Bulgarian artist who makes quaint, but interesting artworks.
I liked the "moon dolmen": http://nenobel.net/neno-sculpture-2004-black-5.htm

The idea of these sculptures arose in the process of my work as a member of the team restoring (cleaning and restoring) the murals of the church "The Assumption of Virgin Mary" in Varna, better known as "The Cathedral". My part in this project was that of an artist – since the painted layer was totally destroyed in a number of spots, it was inevitable to paint it anew. One of the stages of the restoration work was to clean the walls by absorbing the deposited soot using dough (the process is the same as if working with bread eraser). Yet at the first contact with the material, I realized that in fact the soot, that I was collecting, was the only material remnants of the prayers, which believers offered to God in the course of 50 years.

And this performance, see video: http://nenobel.net/neno-perf-2009-rhapsody-BG.htm

More than 30 different cases of pickaxes imbedded in luxurious cars have been recorded in Bulgaria since 2005. It is claimed this is a patent of the Bulgarian mafia along the Black Sea coast, constituting a message to the owner of the car meaning "We have unfinished business with you!". Others think some of the dozens of assaults were not made by the mafia but by ordinary people seeking justice that they did not find in court, but this cannot be proved.

How a sculptor's artwork slowly poisoned her

Video at link. A sculptor develops the symptoms of dementia, and it turns out to come from the piece she has been working on for 15 years.

James_H said:
How a sculptor's artwork slowly poisoned her

Video at link. A sculptor develops the symptoms of dementia, and it turns out to come from the piece she has been working on for 15 years.
Click to expand...

I read about this a while ago. Artists have to be careful with organic materials. You can catch all sorts! 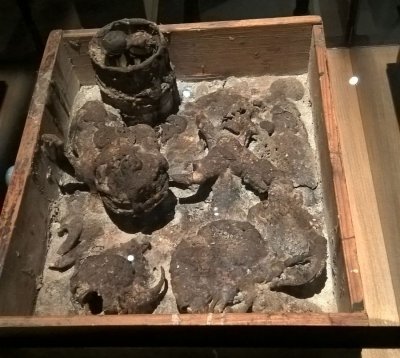 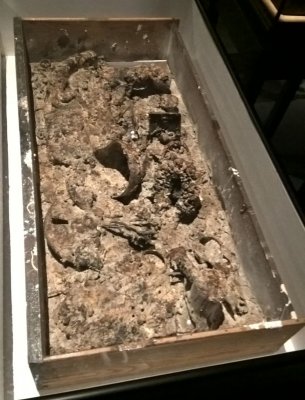 Jan Svankmajer is the maker of these movies: Some of his sculpture and collage: 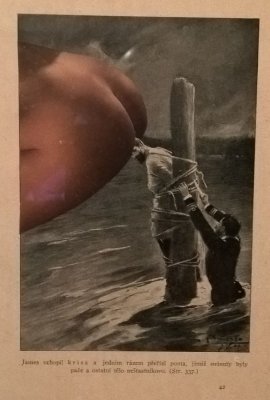 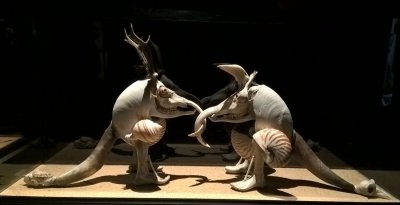 Here's a digital one I've been working on,

This one really fits here:

A fictional travel report of a fictional archaeologist: 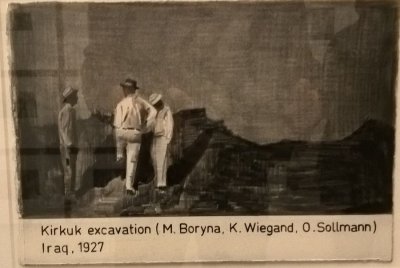 Just happened upon photographer Cindy Sherman. I'm clueless and I love it. 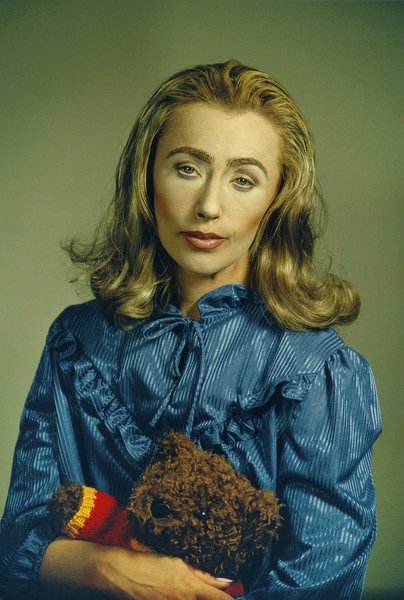 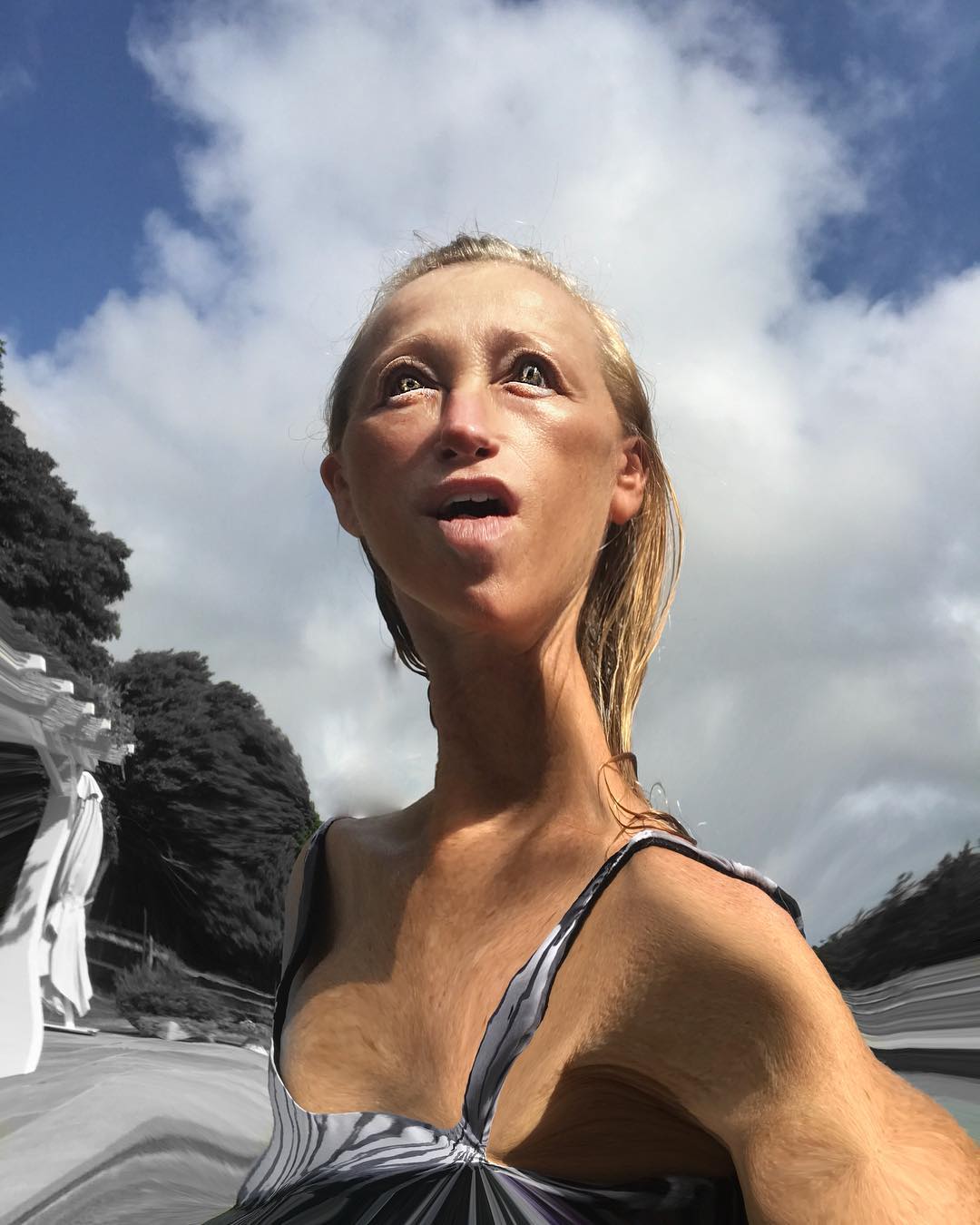 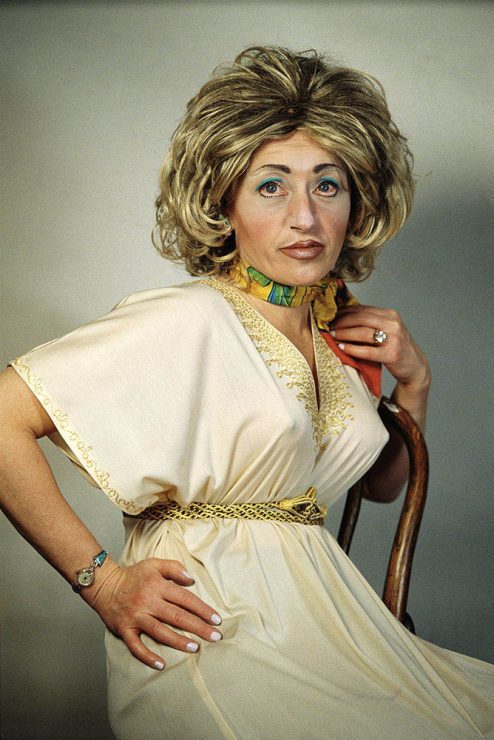 uair01 said:
A fictional travel report of a fictional archaeologist:
Click to expand...

do you have a details of that @uair01 ? Mr Frideswide would love it

Frideswide said:
do you have a details of that @uair01 ? Mr Frideswide would love it
Click to expand...

He's got a website. Nice to browse, many fictions: https://www.marcelvaneeden.nl/works I visited Kelmscott Manor today. There was a little temporary exhibition on Edward and Stephani Scott-Snell (they later changed their name to 'Godwin' for reasons unknown), the tenants after the Morris family moved out.

They were a couple of artists who lived and made work based on a fantasy world Edward created called 'Thessyros'. They took benzedrine (they called it 'starlight') and knocked out their pastelly soft-porn ancient-greek fantasy pictures. It sounds like they were locked into a strange kind of folie-a-deux.