A hedgehog pulling off a prank ..

Not much of a prank - calling someone a racist animal-fucker is hardly witty or clever, is it?

Peripart said:
Not much of a prank - calling someone a racist animal-fucker is hardly witty or clever, is it?
Click to expand...

Mmm... I don't like to argue, but was it? Just looked like unintelligent abuse to me (unless it was Michael Gove and/or Dom Joly in disguise, if course...)

Peripart said:
Mmm... I don't like to argue, but was it? Just looked like unintelligent abuse to me (unless it was Michael Gove and/or Dom Joly in disguise, if course...)
Click to expand...

I agree it was abuse .. the definition of the use of the word prank though to be fair ..

Peripart said:
Mmm... I don't like to argue, but was it? Just looked like unintelligent abuse to me (unless it was Michael Gove and/or Dom Joly in disguise, if course...)
Click to expand...

Rather unintelligent abuse indeed, nevertheless its the truth!

What could go wrong ?

Someone else is telling fibs ..

I am Dr. Bakare Tunde, the cousin of Nigerian Astronaut, Air Force Major Abacha Tunde.
He was the first African in space when he made a secret flight to the Salyut 6 space station in 1979. He was on a later Soviet spaceflight, Soyuz T-16Z to the secret Soviet military space station Salyut 8T in 1989. He was stranded there in 1990 when the Soviet Union was dissolved. His other Soviet crew members returned to earth on the Soyuz T-16Z, but his place was taken up by return cargo. There have been occasional Progrez supply flights to keep him going since that time. He is in good humor, but wants to come home.

In the 14-years since he has been on the station, he has accumulated flight pay and interest amounting to almost $ 15,000,000 American Dollars. This is held in a trust at the Lagos National Savings and Trust Association. If we can obtain access to this money, we can place a down payment with the Russian Space Authorities for a Soyuz return flight to bring him back to Earth. I am told this will cost $ 3,000,000 American Dollars. In order to access the his trust fund we need your assistance.

Consequently, my colleagues and I are willing to transfer the total amount to your account or subsequent disbursement, since we as civil servants are prohibited by the Code of Conduct Bureau (Civil Service Laws) from opening and/ or operating foreign accounts in our names.

Needless to say, the trust reposed on you at this juncture is enormous. In return, we have agreed to offer you 20 percent of the transferred sum, while 10 percent shall be set aside for incidental expenses (internal and external) between the parties in the course of the transaction. You will be mandated to remit the balance 70 percent to other accounts in due course.
(

He a baad cunt!

Time travellers on the subway

Now its Amber Rudd! Highly appropriate given the nature of the hoax.

A notorious e-mail prankster has tricked the Tory Cabinet minister who's leading a high-profile crackdown on internet giants.

The prankster, who goes by the name Sinon Reborn on Twitter and is said to be a a 39-year-old web designer from Manchester, set up a fake e-mail account in the name of Theresa May's chief No10 spin doctor Robbie Gibb.

He messaged the Home Secretary's personal account after Mr Gibb confirmed he was leaving his job at the BBC to join the Prime Minister.

British prankster cons Anthony Scaramucci into seething argument with fake Reince Priebus
Ms Rudd replied she was "delighted you are on board" and revealed she was working on "positive" policies with her special adviser Mo Hussein.

In her reply on July 7, published by the Guardian tonight, she wrote: "We must have a chat when you are a bit settled.

"Meanwhile Mo and I are working on plans to ensure we have some positive announcements during Aug, when I expect to be on holiday - at last!" ...

Just someone making his Sister jump a lot of times .. nothing else ..

Swifty said:
Just someone making his Sister jump a lot of times .. nothing else ..

* Who luckily had an impeccable alibi.

* Who luckily had an impeccable alibi.
Click to expand...

My Sister would have just run to my Dad crying for revenge if I'd done that probably .. I think this other girl took it well ..

The greatest prank of the 19th century or a couple of twats who took the joke too far ? ... you decide.

Swifty said:
The greatest prank of the 19th century or a couple of twats who took the joke too far ? ... you decide. ...
Click to expand... 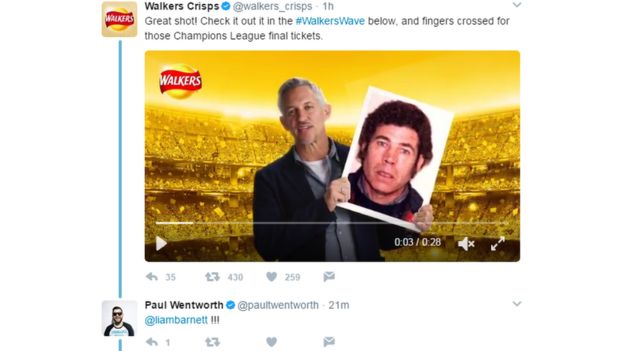 Maybe tasteless but thank you for allowing me to return to this, I'd forgotten all about it. That one image has made me laugh out loud for about five minutes now.

White House special counsel Ty Cobb engaged in a lengthy email exchange with a prankster posing as White House social media director Dan Scavino, during which Cobb asked whether there was "any drone time left" when discussing a Business Insider reporter he described as "insane."

Over the past few days, Business Insider has reported on other email exchanges in which Cobb asked this reporter if she was "on drugs" and delved into his motivations for taking a job in President Donald Trump's White House.

In the new exchange, the self-described "email prankster," who tweets under the name @SINON_REBORN and provided the emails to Business Insider, wrote to Cobb's official White House account on Tuesday night.

Asked to comment on the exchange, Cobb told Business Insider: "No idea--it is a felony of course to impersonate a government official of course, or to conspire to." He did not respond to follow-up questions.

The prankster, who has also targeted other White House officials, sent the email from "[email protected]" with the subject line "Nipping it in the bud."

"Good evening Ty, I've sent a complaint to twitter about the content that drugged up extremist, Natasha Bertrand, is spouting about your correspondence. Things like this on social media die quicker than a Mexican's hopes of Citizenship, Ha! but I wanted to tick all the boxes. I presume you've had no further contact from Ms Bertrand? Dan."

The invisible man goes to a drive through prank

A bloke making sex noises in a library .. that's it .. I like how he keeps a straight face.

* Who luckily had an impeccable alibi.
Click to expand...

I don't like the disrespect for her personal space and privacy she should of kept her bedroom door closed.

The BBC headline for that story reads exactly like one of Chris Morris' made-up newspaper headlines on The Day Today:

US Navy: Penis in sky drawn by jet trail was 'unacceptable'
Click to expand...

A spokesman for the airbase confirmed that the aircraft involved was one of its Boeing EA-18G Growlers
Click to expand...