blessmycottonsocks said:
You mustn't call them "stupid". They are educationally disadvantaged (or special needs, at a pinch).
Click to expand...

Is it just me or has the word "special" become some sort of punctuation, I have rarely seen it qualified.
Another word in over use is "quality" .. quality what sort and in comparison to what. more spin filling rubbish...

Coypu said:
Is it just me or has the word "special" become some sort of punctuation, I have rarely seen it qualified.
Another word in over use is "quality" .. quality what sort and in comparison to what. more spin filling rubbish...

Years ago I stayed in the 'Quality Hotel' somewhere in the Midlands – they'd clearly left the word 'low' out of the name; it was dire.

And on a vaguely related-ish note, I like the Australian use of the words average and ordinary, usually to mean something well below average or ordinary, such as when the Australian cricketers were banned for cheating, their actions being described as 'average'.

Coypu said:
Is it just me or has the word "special" become some sort of punctuation, I have rarely seen it qualified.
Another word in over use is "quality" .. quality what sort and in comparison to what. more spin filling rubbish...

Many years ago, when I was working on an IT contract for the RAF, it caused no end of amusement that bombs carried by Tornado and Typhoon fighter-bombers could be either "smart" or "retarded". The latter were cheekily referred to sometimes as "special needs bombs".

escargot said:
The stupid people in English jokes used to be Irishmen, then it was blondes. Who is it now?
Click to expand...

In the case of jokes based on stereotypes, it's the joke-teller him-/herself. 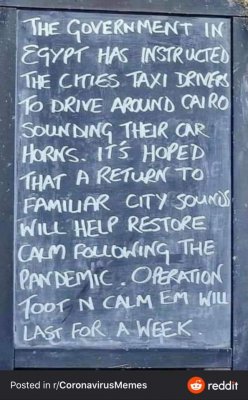 A woman is on trial for beating her husband to death with his guitar collection.
The Judge asks her, 'First offender?'
She says, 'No, first a Gibson! Then a Fender!'"

I've accidentally swallowed a set of 'scrabble' letter tiles. The next time I take a dump it could spell disaster.

My neighbour with the big tits has been walking about topless in the garden all day.

Just wish his wife would do the same.

It was take your kids to work today, my kids hated it as I work at a sewage plant. ..

^That^ took me a bit of time to work out 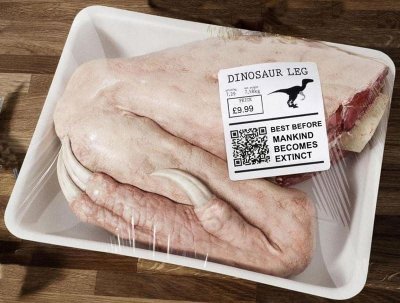 Go as something really scary this Halloween, don't wear a mask.

Seeing as it is Sunday again, here is a collection of funnies.

May I use your dictaphone?

You know what?
What what!

Churchill Tweets about what a twat Stalin is.

He's run out of lentils.

Two very old friends met by chance on the street.
After chatting for some time, one said to the other, "I'm terribly sorry, but I've forgotten your name. You'll need to tell me."
The other stared at him thoughtfully for a long time, then replied, "How soon do you need to know?"
___________________

One day while jogging, a man noticed two tennis balls lying by the side of the road.
He picked the balls up, put them in his pocket and proceeded on his way.
When he reached a crossing and was waiting for the lights to change, he noticed a beautiful blonde standing next to him and smiling.
"What are those big bulges in your running shorts?" she asked.
"Tennis balls," answered the man, smiling back.
"Wow," said the blonde, looking upset. "That must hurt. I once had tennis elbow and the pain was unbearable."
__________________

A man met a wonderful woman and became engaged to her.
He called his mother to share his good news with her.
He arranged to have dinner with his mother that evening so that she could meet his fiancee.
When he arrived at her home, he brought along three women - a blonde, a brunette, and a redhead.
His mother inquired as to why he had brought three women, instead of just one.
He replied that he wanted to see if his mother would be able to guess which one of the women was her future daughter-in-law.
She looked at each one carefully and then replied: "It's the redhead."
"How could you possibly have figured that out so quickly?" he inquired.
She coldly replied, "Because I can't stand her."
__________________

The Mrs has been programing our Alexa machine to insult me on a timer. Alexa has just said "SWIFTY, TAKE YOU MEDS IF YOU HAVEN'T DONE ALREADY. BUMFACE."