I tried to share a sandwich with a homeless guy I met in the park but he told me to piss off and buy my own.

I've bought one of those new viagra tents for my camping holiday.
They used to be hard to get up but now they're self-erecting.

In the year 2525, mankind will use so much toilet paper they will wipe themselves out.

How you gonna get to the shore?

Funny you should ask, I got a car now

My parents drove it up from the Bahamas.

I must be, the Bahamas are islands.

'You won't like me before my morning coffee', jokes woman who no one has ever liked

Jeff and Mike are in a car accident and both die.
Upon Jeff's arrival at the Pearly Gates, he is met by St. Peter.
"Where is my friend Mike?" Jeff asked.
St. Peter replies, "Well, Mike was not as fortunate as you. He went in the other direction instead of getting into Heaven."
Jeff was bothered by this and asked, "Well, could I see Mike one more time just to be sure he is OK?"
So, Jeff and St. Peter walked over to the edge of Heaven and looked down.
There was Mike, on a sandy beach, with a gorgeous blonde in a bikini, and also with keg of beer.
"I don't mean to complain, but Mike seems to have it pretty nice down there in Hell," says Jeff.
"It's not as it appears to be," says St. Peter. "You see, the keg has a hole in it... and the blonde doesn't."
___________________

Once there was a barman who claimed he was the strongest man on earth, he could squeeze every drop of juice out of a lemon and he bet £10,000 that no one could squeeze any more out of a lemon he has squeezed
People came in from all over the country, body builders, weight lifters, wrestlers, or anyone that wanted to try.
But no one could squeeze any more juice out of the lemons.
Then one day a little nerdy looking guy walks in and everyone laughs at him when they hear he is there to try to squeeze a lemon.
So the barman squeezes a lemon into a cup and hands him what is left over.
Then the guy squeezes out 6 more drops of juice, and everyone is amazed!
"What do you do for a living?" they would ask, "Are you a weight lifter, a body builder?"
"No", he replied. "I work for HMRC." 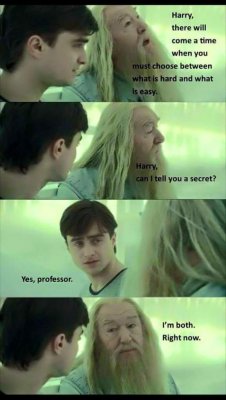 Some jokes just write themselves. There was actually a pilot's watch made for Kamikaze pilots. For obvious reasons they are hard to find these days.

Making a warranty claim on that one is going to be tricky.

If anyone gets a message from me about canned meat don’t open it!

It was the postman's last day on the job after 35 years of carrying the mail through all kinds of weather in the same neighborhood.

When he arrived at the first house on his route he was greeted by the whole family there, who congratulated him and sent him on his way with a big envelope full of cash.

At the second house they presented him with a box of fine cigars.

The folks at the third house handed him a season ticket for his favourite football team.
At the fourth house he was met at the door by a strikingly beautiful woman in a revealing negligee.
She took him by the hand, gently led him through the door, and led him up the stairs to the bedroom where she blew his mind with the most passionate love he had ever experienced.
When he had had enough they went downstairs, where she fixed him a giant full English breakfast, eggs, bacon, sausage, beans, black pudding and fried bread, freshly squeezed orange juice, and poured him a cup of steaming coffee.
As she was pouring, he noticed a five pound note sticking out from under the cup's bottom edge. "All this was just too wonderful for words," he said, "but what's the fiver for?"
"Well," she said, "last night, I told my husband that today would be your last day, and that we should do something special for you.
I asked him what to give you, and he told me "Fuck him, give him a fiver."
Then the lady said, "But the breakfast was my idea."

That's the way to do it

Woke up with this fully-formed* in my mind**.