This is a Rolls Royce in-joke.

The RR factories were turned over to military engineering in the War. Other smaller items were also made, mainly illicitly. Like these - 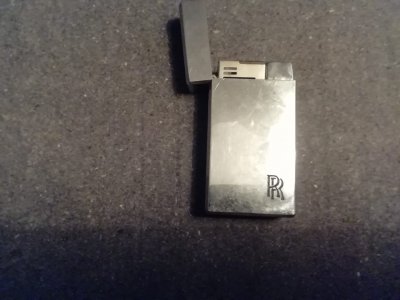 Someone showed the above photo on Facebook and here's the response -

'My dad worked in Royces during the war. He used to tell a story about when the Government Minister visited and asked a chap in the machinery bay 'How many fighters have we made this week?'

'A MAGNIFICENT contribution towards the war effort!' said the politician, to which the chap replied 'Oh, fighters. I thought you said lighters'.'
C

I love this Simpsons take on the Shawshank Redemption.

Just saw this on 'the last leg' fecking brilliant

Has a very UFO Space 1999 vibe to it. What the best dressed man would be wearing in Gerry Anderson's future.

Remember the old joke about the rocket built by the civil service? It doesn't work and you can't fire it.

(Another member of the 'old jokes home')

I asked the librarian if they had any books about the history of pantomimes and she said "They're behind you".
_________

I was supposed to be attending a course on contraceptive methods but i had to pull out at the last minute.
_________

I was supposed to go to my 'Apathy Awareness' meeting this afternoon, but I couldn't be bothered.
_________

A man walks into a barber shop and says, "I'll have a shave and a shoe shine."
The barber lathers his face and sharpens the straight edge razor while a woman with the biggest, most beautiful breasts he has ever seen kneels down and shines his shoes.
The man says, "You and I should spend some time in a hotel room."
She replies, "My husband wouldn't like that."
The man says, "Tell him you're working overtime, and I'll pay you the difference."
She says, "You tell him......
He's the one shaving you."

Shhhh.....the mods don't look well upon the practice of posting just a link without any explanation.....but I think you got away with it this time! 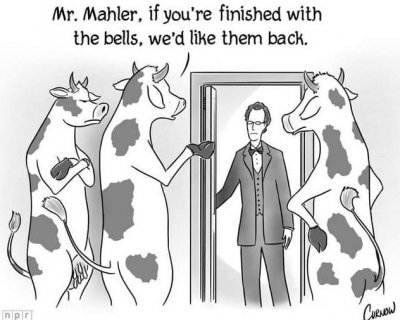 Does it 'Pan' out for him in the long run?

Probably best to get it checked out anyway.

Probably best to get it checked out anyway.
Click to expand...

Hahahah! No no no I said N.S.U. (Non specific urethritis)

I was joking that it was you that...

pandacracker said:
Hahahah! No no no I said N.S.U. (Non specific urethritis)

I was joking that it was you that...

I only shag raw octopus.

That's not what I read on the toilet walls of The Trolls Head!?

pandacracker said:
That's not what I read on the toilet walls of The Trolls Head!?
Click to expand...

Gents, Ladies, Orcs or Non-Euclideans? they all say different things about me.

Cthulhu wants to know your location.