That initial discovery, in 2017, has now been followed up with detailed examination of the fossil skeleton.

Those studies, published in the journal Current Biology, show the flying lizard had a 2.5m (8ft) wingspan.

The research, led by PhD student Natalia Jagielska, also revealed the creature was a species new to science.

Mary Anning (mentioned in the above post) is now being honoured with a statue.

A statue of Dorset palaeontologist Mary Anning is set to be unveiled in her hometown of Lyme Regis.

Anning's discoveries in the early 19th Century helped shape scientific understanding of prehistoric life, but her work was never properly recognised. She was the first person to discover a complete plesiosaurus in 1823.

Evie Squire, 15, has campaigned for four years for the memorial, which will be unveiled later on what would have been Anning's 223rd birthday.

The fossil hunter lived in Lyme Regis, which is now part of the Jurassic Coast, and began searching the coastline as a child.

Fossilized insect found not in amber but in opal

The creature - a tuna-like predator called Pachycormus - is beautifully preserved in three dimensions.

With its big teeth and eyes, it gives the impression it is about to launch an attack.

"It was a real surprise because, when you find fossils, most of the time they've been pressed flat through pressure over time," Neville told BBC News.

"But when we prepared this one, to reveal its bones bit by bit, it was amazing because we suddenly realised its skull was uncrushed.
"Its mouth is open - and it looks like it's coming out at you from the rock.”

The landowner, Adam Knight, had no idea his English longhorn cattle were grazing on top of a rich fossil seam, recalling a time, 183 million years ago, when his farm would have been lying under warm tropical ocean waters.

Mr Knight gave permission to Neville and Sally, and a team led from the University of Manchester, to investigate the bank further.
Click to expand...

The creature - a tuna-like predator called Pachycormus - is beautifully preserved in three dimensions.
Click to expand...

I can't help but wonder how long it will be until some enterprising museum shop gives Pachycormus the Big Mouth Billy Bass treatment and markets an animated talking / singing replica ...

Not newly discovered as such but there are likely to be undescribed species in the collection.

More than 700 bird fossils, dating back from 54 to 56 million years ago, have been donated to National Museums Scotland.

The collection is believed to include many species new to science, one being a falcon-like bird and another a diver or loon.

The fossils, from the Eocene period, represent the early stages in the evolution of modern birds. Palaeontologists have said there is no other collection like it in the UK.

The rare specimens were collected over the lifetime of amateur palaeontology enthusiast Michael Daniels, who died last year aged 90. He had assembled the several hundred skeletons and part skeletons that he had discovered in nodules of the London Clay, which had eroded out of the cliffs at Walton-on-the-Naze in Essex.

While searching for primate fossils in northern India, paleontologist Christopher Gilbert noticed something small and shiny poking out of the dirt. It turned out to be a roughly 13-million-year-old molar from a small-bodied ape related to modern gibbons.

The tooth is the oldest known fossil from a gibbon ancestor, says Gilbert, of Hunter College at the City University of New York. He and colleagues assigned the fossil, which was eroding out of previously dated sediment at a site called Ramnagar, to a new genus and species, Kapi ramnagarensis. 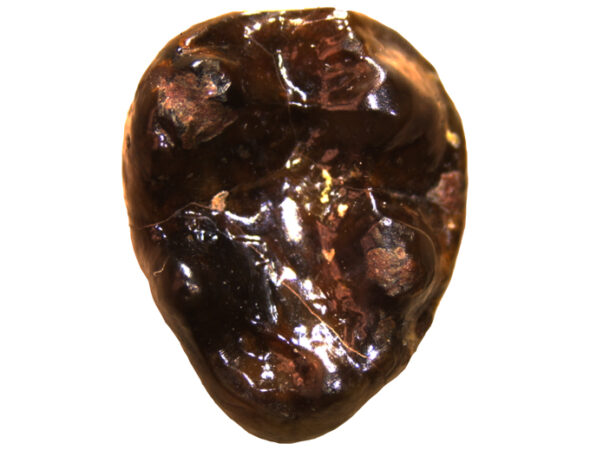 This roughly 13-million-year-old molar tooth (shown from above) was found in India and is the oldest known fossil from a gibbon ancestor.C. GILBERT

Until now, the oldest remains of an ancient gibbon species consisted of a small number of teeth found in China, which date from around 7 million to 9 million years ago. Possibly older fossils of a gibbonlike creature are controversial (SN: 10/29/15). Genetic studies of living primates have suggested that gibbon ancestors emerged by at least 20 million years ago in Africa.

After finding the Ramnagar molar in 2015, Gilbert’s team compared it with corresponding teeth of living and extinct apes and monkeys. Features including low, rounded cusps on the edges of the chewing surface link the ancient tooth to modern gibbons and the gibbon predecessor in China, the scientists report September 9 in Proceedings of the Royal Society B. ...

Now, a partial upper jaw and seven isolated teeth found near a southwestern Chinese village have added bite to a suggestion that the earliest known gibbons hung out there about 7 million to 8 million years ago, researchers report in the October Journal of Human Evolution.

Those fossils, as well as 14 teeth previously found at the same site and a nearby site, belong to an ancient hylobatid species called Yuanmoupithecus xiaoyuan, say paleoanthropologist Xueping Ji of the Kunming Natural History Museum of Zoology in China and colleagues. Hylobatids, a family of apes that includes about 20 species of living gibbons and a black-furred gibbon called the siamang, inhabit tropical forests from northeastern India to Indonesia.

They found its legs. Now the search for the rest of the thunderbird ... is go!​

Scientists have found the drumsticks of an ancient Australian bird weighing in at more than 600 kilograms, and now they’re planning to go back and finish the meal.

Dromornis stirtoni, also known as Stirton’s thunderbird, was a massive flightless bird, standing more than three metres tall, which stalked the plains and waterholes of inland Australia about 8 million years ago.

Its estimated size and weight make it one of the largest birds to have ever walked the Earth. In its upper limits, it would have been heavier than New Zealand’s Giant Moa, and taller than the Elephant Bird of Madagascar.
Click to expand...

They found its legs. Now the search for the rest of the thunderbird ... is go!​

I didn't know KFC was that old!

The 500,000-year-old and 8ft-long tusk was discovered near Reitan, southern Israel

It's thought the tusk could have been from a beast twice the size of the African elephant - which are the largest land mammals on earth today - and was possibly the largest to have ever lived.

The now-extinct straight-tusked elephant is thought to have roamed Europe and the Middle East alongside cattle and other land mammals, before dying out around 400,000 years ago.

“Stone and flint tools as well as animal bone remains – including from elephants – were retrieved here.
“But finding this half a million-year-old complete elephant tusk in such a good condition is something else!
“This is the largest complete fossil tusk ever found at a prehistoric site in Israel or the Near East.”

The tusk is currently under a proper excavation, as its age means it is extremely fragile and likely to disintegrate when exposed to air and sunlight.

“The species is known from only a few sites,” said Lee Perry-Gal of the IAA.

The straight-tusked elephant could grow up to 4.5m tall and weighed up to 14 tonnes, according to London's Natural History Museum. That’s compared to a height of 3.3m for the African elephant, which weights up to seven tonnes.
Click to expand...