Santa had an extra little helper this week...

The McCormicks went for a silver, pink and blue theme on their Christmas tree. The old plastic leaves were worn but looked beautiful with baubles on each branch and twinkling lights.
But this year the family tree included one very unexpected ornament: a wild – and somewhat confused – juvenile koala.
On Wednesday, 16-year-old Taylah was the last to leave the family home in Coromandel Valley, Adelaide around 3pm.
Click to expand...

Lord Lucan said:
This does not surprise me. They are hungry bastards...

That looks pretty much like me once the cake cupboard is opened. 'Just roll me over boys and leave me to sleep it off!'

Incidentally I am trying to start a new tradition - whenever I pass the Sydney Opera House I pop in for a wee in their rather fabulous ladies' toilets. As I live in Yorkshire, it's a tradition I've so far managed twice.

catseye said:
That looks pretty much like me once the cake cupboard is opened. 'Just roll me over boys and leave me to sleep it off!'

Incidentally I am trying to start a new tradition - whenever I pass the Sydney Opera House I pop in for a wee in their rather fabulous ladies' toilets. As I live in Yorkshire, it's a tradition I've so far managed twice.
Click to expand...

That's a long time to cross your legs in order to spend a posh penny!

I am allowed to go elsewhere in the meantime which, as you point out, is just as well...

flip flops? Is this channel done for English viewers? thongs or Jandels - mate.

We've known it all along...

'What's that Skip?' Researchers say kangaroos can communicate with people

The classic TV show Skippy, about a child speaking with a highly intelligent kangaroo, might not be as fictional as we once thought, according to Australian and UK researchers.

A study from the University of Sydney and the University of Roehampton in London suggests that kangaroos are capable of intentionally communicating with humans, suggesting a higher level of cognitive function than previously thought.

Researchers presented captive kangaroos with an “unsolvable task”, in this case, food inside a box they couldn’t open.

Dr Alexandra Green, a co-author of the study, said rather than just give up when they couldn’t open the box, the vast majority of the kangaroos looked to the researcher and then back to the box, a gesture interpreted as a request for help.

“Some of them actually approached him and started scratching at him and sniffing at him and then looking back at the box so they were really trying to communicate with him,” Green said.

Seriously, They got paid to come up with that guff? I'm in the wrong game. LOL!

Btw, congrats on the trillium of posts there, @Lord Lucan. You're a stalwart.

Relax. The crocs'll get 'em.

Mythopoeika said:
Relax. The crocs'll get 'em.
Click to expand...

But what will get the crocs?

Tigerhawk said:
But what will get the crocs?

Those two are in America. Also, they can't hold a gun properly.

Tigerhawk said:
But what will get the crocs?

Mythopoeika said:
Those two are in America. Also, they can't hold a gun properly.
Click to expand...

Found someone more suitable for the job...

Posted yesterday by the South Australian Police. Fans of the Aussie band Cold Chisel will understand.

Khe Sanh's biological father, Senator Tiny Cox, has stated that he's disappointed but glad to see she's finally showing some endeavor. He hopes she will one day emulate the achievements of older siblings Forever Now. a successful undertaker, and You've Got Nothing I Want, CEO of Grunter Holdings Inc, pictured here. 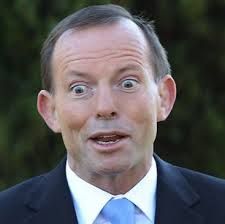 Australia like the Irish are so Random they have 4 Football codes of law with 3 traditionally play with a Oval Ball and on Cricket Grounds...i.e. Aussie Rules/Victorian Rules and the 2 Rugby Codes of League and Union and then you have like in America Soccer....1 or 2 many for my taste,

Tigerhawk said:
But what will get the crocs?
Click to expand...

scientists solve the mystery of why wombats have cube-shaped poo

The cube shape is formed within the intestines – not at the point of exit, as previously thought – according to research published in scientific journal Soft Matter on Thursday.

The team discovered big changes in the thickness of muscles inside the intestine, varying between two stiffer regions and two more flexible regions.

“The rhythmical contractions help form the sharp corners of the cubes,” Carver said.

When preliminary findings were presented in 2018 “at that point researchers believed there were four stiff and four flexible regions,” he said. “But what final research has confirmed is that the wombat’s intestine has two stiff and two flexible regions.”
Click to expand...

As well as the benefits of better understanding wombats themselves, Carver said the discovery highlighted a new way of manufacturing cubes inside a soft tube, which could be applied to other fields including manufacturing, clinical pathology and digestive health. 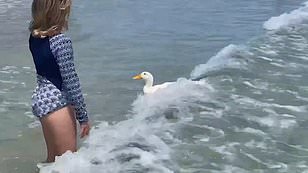 Drunk bloke driving past wedding decides to streak it ,, the police interview ..

The end of the walkabout times. People in this doco were born in red sand, and though they knew about their relations living whitefella way far to the east, these guys chose to stay away in their ancestral land so remote that they were only rumoured to be alive. First contact with the remnant clan occurred in 1984 and with that an entire way of living drew to a close. They found four old women and some teenagers, brought them in and clothed them, gave them food which facillitated the end for the elders, and the teens, one of whom is seen doing target practice with a spear, grew accustomed to fringe domain and went walkabout no more. Here, the mob demonstrate their ancient and obsolete hunting and gathering practices.

Warning to ATSI viewers: the video has pictures of people have died.

Thousands of spiders trying to escape rising floodwaters devastating Eastern Australia over the past week.

They can stay with @escargot...

Waterfalls on Uluru after heavy rain

Short video. Also other videos of the flooding elsewhere at link.