A man who burned to death in his home died as a result of spontaneous combustion, an Irish coroner has ruled.
It is believed to be the first case of its kind in Ireland.
West Galway coroner Dr Ciaran McLoughlin said it was the first time in 25 years of investigating deaths that he had recorded such a verdict.

Michael Faherty, 76, died at his home at Clareview Park, Ballybane, Galway on 22 December 2010.
Deaths attributed by some to "spontaneous combustion" occur when a living human body is burned without an apparent external source of ignition.
Typically police or fire investigators find burned corpses but no burned furniture.

An inquest in Galway on Thursday heard how investigators had been baffled as to the cause of Mr Faherty's death.
Forensic experts found that a fire in the fireplace of the sitting room where the badly burnt body was found, had not been the cause of the blaze that killed Mr Faherty.
The court was told that no trace of an accelerant had been found and there had been nothing to suggest foul play.

The court heard Mr Faherty had been found lying on his back with his head closest to an open fireplace.
The fire had been confined to the sitting room. The only damage was to the body, which was totally burnt, the ceiling above him and the floor underneath him.

Dr McLoughlin said he had consulted medical textbooks and carried out other research in an attempt to find an explanation.
He said Professor Bernard Knight, in his book on forensic pathology, had written about spontaneous combustion and noted that such reported cases were almost always near an open fireplace or chimney.

"This fire was thoroughly investigated and I'm left with the conclusion that this fits into the category of spontaneous human combustion, for which there is no adequate explanation," he said.

Retired professor of pathology Mike Green said he had examined one suspected case in his career.
He said he would not use the term spontaneous combustion, as there had to be some source of ignition, possibly a lit match or cigarette.
"There is a source of ignition somewhere, but because the body is so badly destroyed the source can't be found," he said.
He said the circumstances in the Galway case were very similar to other possible cases.
"This is the picture which is described time and time again," he said.
"Even the most experienced rescue worker or forensic scientist takes a sharp intake of breath (when they come across the scene)."

Mr Green said he doubted explanations centred on divine intervention.
"I think if the heavens were striking in cases of spontaneous combustion then there would be a lot more cases. I go for the practical, the mundane explanation," he said.

The 'wick effect' is a great example of the most egregious kind of non-rational 'rational' explanations. Even as a theory it completely fails to explain any of the key factors of SHC (often very short burning-time, almost complete consumption of the body and calcining of bones, and apparent extreme heat without ignition of nearby inflammables). In experiment it failed almost every test, unless the experimenters blatantly cheated by adding accelerants.

Scientifically it has been disproved as a theory. And yet it's still touted, by many of our greatest bastions of science, as the last word in rational thinking on the subject.

I tell ya, the word 'rational' has lost its meaning and become a synonym for 'culturally acceptable'.

I think the wick thing might explain some of the less odd cases, actually. The ones where an alcoholic smoker dozes off with a fag in the hand while wrapped in all their woollen clothes because they've spent all their money on booze rather than heating. Very sad. Glad I've given up smoking.

But the more spectacular cases, no.

I like your outlook Angelalice. You should have an 'audience' with James Randi.

The irony there is that the 'rational' and scientific view used to be on the side of the people who believed in a supernatural or mysterious explanation for SHC.

Before Horizon did their porcine pyro practical, whenever the subject was discussed it would invariably be claimed that it must be something we didn;t understand and scientists would be quoted on the temperatures needed to render down a human body to that degree and how it was unachievable outside of an incinerator with air being forced through it.

Quite a good example in itself of how wrong experts can sometimes be.

Just found this.
Cambridge professor comes up with new findings on SHC:

A Cambridge professor has tackled the issue of spontaneous combustion – using belly pork.
Prof Brian J Ford is a research biologist and author of more than 30 books, most about cell biology and microscopy but he has turned his attention to the mechanisms behind why people ‘explode’.
Click to expand...

D'oh! Beat me to it by twenty minutes!

Video demonstration of SHC by the scientist I mentioned in my previous post:

Now it's classed as a medical condition, according to that article.

Mythopoeika said:
Now it's classed as a medical condition, according to that article.
Click to expand...

Mythopoeika said:
Now it's classed as a medical condition, according to that article.
Click to expand...

Fark won't allow you to look at the URL called /images/cache/850/H/Hr/fark_HrhHVhzbGNmJTZzsFjGDv3s_MSg.gif?t=pi3pNdrq-lMLXoW6P3WQhg&f=1376884800 ... someone spill beer on yer keyboard again?

One of the comments to the Cambridge News item asserts that ketosis was one of the effects of the Atkins Diet, which is now considered very unhealthy. I remember hearing about it at the time. The popularity of that diet must have created more human acetone than any other medical condition but there was no epidemic of SHC as I recall.

The Professor mentions low-fat diets as a cause of ketosis but the Atkins Diet was high in fat. Wikipedia suggests ketosis is induced by lack of carbohydrates.

Perhaps the condition can arise from either imbalance but it is seems an odd omission. :?:

Years ago, I lost weight on the Cambridge Diet, and well, my breath and poo started to smell like acetone. If I'd gone on any longer, I might have gone up in flames...

Haven't seen it mentioned elsewhere on the site and thought it quite interesting.

There's an update showing lower down the page:

An 18-year-old mother who ran out of her home engulfed in flames died in a tragic accident, a coroner has found, despite the best efforts of a passing driver to save her.

Rachel Oye-Osei, of 86 Linkway in Raynes Park, had a history of mental health problems and appears to have been playing with a lighter and flammable hand sanitising gel while sitting on a mattress in her backyard when her coat caught on fire.

Westminster Coroner's Court heard today that after standing up, the university student then ran out of the building, leaving a trail of burnt clothing behind her.

Michael Crawley, of Carshalton, was driving along West Barnes Lane at about 12.45am on Sunday, December 29, to collect his daughter from an office Christmas party when he saw a person running very fast along the pavement in front of him who appeared to be emitting fire sparks before turning into a ball of orange flames.
Click to expand...

Alcohol based hand sanitiser seems like a very inadequate explanation for what is described, even if you had a lot on you, most alcohol based products burn cool with a blue or pale flame.

Improving technology means that we can now offer explanations to cases that used to be labelled SHC.

A friend at school when I was like 12 used to have a party trick he did where he tipped his mums nail varnish remover down the back of his jacket and set it on fire, then ran around pretending to be a stunt man.

Never injured himself or the jacket, although it was probably for the best that he had a skinhead cut. I don't see how anyone could turn into a fireball with similar.

I think you'll find that was a blazer.

Images of a shirtless man found wandering the streets after he suffered serious burns have been released in a bid to solve the mystery of his injuries.
Click to expand...

Although it does say "In the Flensburg case prosecutor Stahlmann-Liebelt said investigators had not yet ruled out whether the woman had actually set alight to herself in a suicide attempt".
Last edited: Nov 4, 2015

Spontaneous human combustion: Woman bursts into flames on park bench in Germany
She is thought to be in a critical condition in hospital 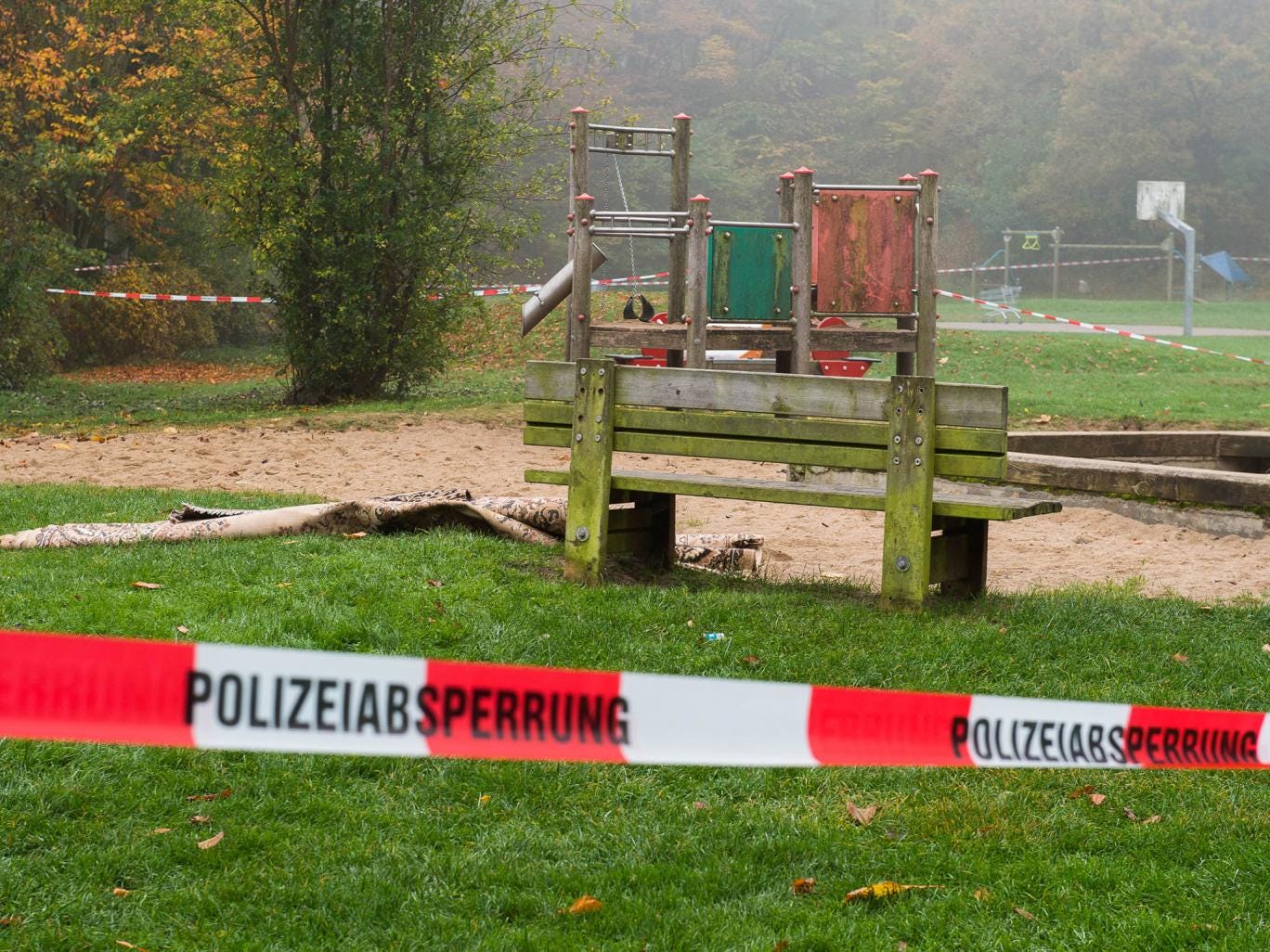 Police tape cordons off the playground bench where the woman burst into flames, in Flensburg, Germany PA
A woman was left fighting for her life after apparently bursting into flames on a park bench in Germany.

According to the Flensburger Tagesblatt and The Local, fire and smoke emerged from the woman, who is believed to be in her 40s and originally from Mauritius, as she sat on a bench in Flensburg, northern Germany.

READ MORE
She has reportedly been left severely burned, despite the best efforts of a passer-by who tried to beating out the blaze with his jacket.

Witnesses at the scene told local media the woman "did not say anything" as the flames engulfed her.

She was taken to hospital and has since been transferred to a specialist burns unit in Lübeck, where she is said to be in a critical condition.

Is this bizarre video the first ever genuine footage of spontaneous human combustion?

Or could it be a piss artist who's fallen off his bike & set fire to himself with the aid of a bottle of spirits and a cigarette? We don't see whether the filmer extinguished the flames but the man apparently survives. From Serbia.

hunck said:
Is this bizarre video the first ever genuine footage of spontaneous human combustion?

Or could it be a piss artist who's fallen off his bike & set fire to himself with the aid of a bottle of spirits and a cigarette? We don't see whether the filmer extinguished the flames but the man apparently survives. From Serbia.
Click to expand...

Why are they just filming him? .. why aren't they running over and putting him out? :banghead:

Wreckless said:
Police tape cordons off the playground bench where the woman burst into flames, in Flensburg, Germany PA
A woman was left fighting for her life after apparently bursting into flames on a park bench in Germany.
Click to expand...