The Literal Origins Of "Blowing Smoke Up One's Ass"

It's one of those things people used to think was good for you.

Discover the shockingly literal and thoroughly disturbing 17th-century medical origins of the idiom "blowing smoke up your ass." 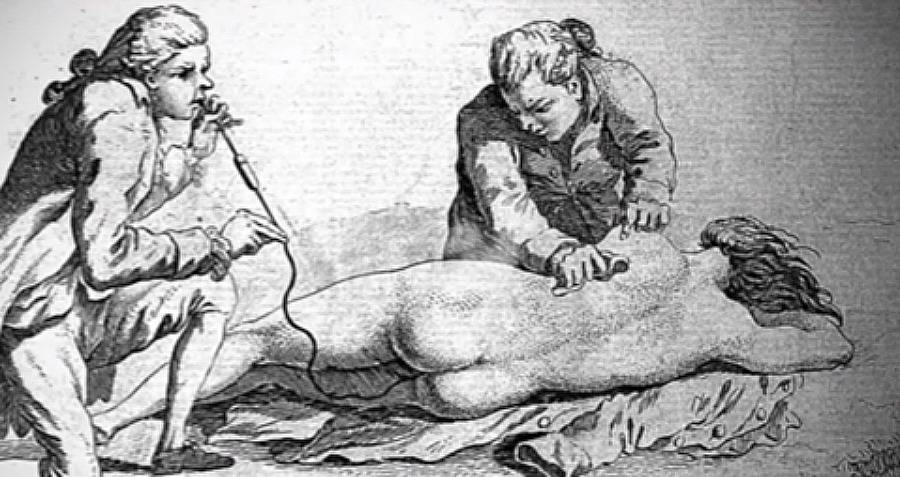 “Oh, you’re just blowing smoke up my ass,” is something you might hear someone say when they think you’re just telling them what they want to hear. But in 18th-century England, blowing smoke up your ass was an actual medical procedure, and no, we aren’t kidding.
According to Gizmodo, one of the earliest reports of such a practice took place in England in 1746, when a woman was left unconscious after nearly drowning.
Her husband allegedly took the suggestion of administering a tobacco enema to revive her, a practice that was rising in popularity at the time as a possible answer to the frequent, local instances of drowning.

Left with little choice, the man took a tobacco-filled pipe, inserted the stem into his wife’s rectum, and, well, blew a bunch of smoke up there. As strange as it may sound today, it reportedly worked, the hot embers of the tobacco leaf jolting the wife back into consciousness, and the practice grew quickly from there.

But where did the idea to use tobacco as a form of medicine come from? Indigenous Americans, who used the plant to treat various ailments, invented what we refer to as the tobacco enema. English Botanist, physician, and astrologer Nicholas Culpeper borrowed from these practices to treat pain in his native England with methods including enemas to treat inflammation as a result of colic or a hernia.
Click to expand...

The account quoted above, as well as multiple other accounts, claim or at least imply that rectal introduction of tobacco (e.g., as a liquid or smoke enema) originated with indigenous Americans.

This struck me as odd, insofar as I don't recall any mention of enemas (or any other rectal insertions) among Native American medicinal practices.

I don't think this attribution to Native American sources is true - at least not for rectal insertion of tobacco smoke.

According to this well-researched paper:

... the first known mention of a tobacco enema appeared in a 1552 herbal manuscript written by a European in Mexico (cf. p. 233).

c.1552 Libelus de medicinalibus Indorum herbis Tlaltelulco, Mexico. For 'Murmur ventris', or rumbling of the abdomen: Use picietl with a number of other ingredients in an enema. (p. 256)
Click to expand...

It's unclear from this reference whether the European was reporting a Native American practice versus extrapolating a possible method for employing medicinal tobacco. In any case, it's clear the prescribed formula involves an enema mixture and not smoke.

On p. 259 the paper's author lists the methods of introducing tobacco into the intestinal canal:

The sole reference to the use of smoke (1671) was cited elsewhere in the paper as a European practice dating from that year (p. 243). Save for that one exception of apparent European origin the earliest rectal applications of tobacco seem to trace back to Europe in colonial times and involve liquid infusions (and / or other unburnt tobacco) alone.