The Scariest Fortean Thing Ever To Happen To You

AlchoPwn said:
I once got a phone call out of the blue one afternoon. There was absolutely nothing odd about the ring or anything about getting a phone call at that time, but I was struck by a sense of dread and a vision of ghosts and graveyards in a faux eerie almost parody green. I figured, based on the vision and premonition, it was either a ghost calling me, or my intuition telling me that the phone call would place me in danger. I elected not to answer it. Does that count? Probably not. Really I was probably being paranoid, but security experts tell us to listen to our instincts, so I did.
Click to expand...

Did you ever learn who called you or what the call was about?

GerdaWordyer said:
The kitty posts remind me of a scare though it was non-Fortean. We had moved an old house to our property and were living in a garden shed while we got the house up to city code. We were with our two cats and two pups. Not too bad. We'd actually moved a full-sized fridge into the shed. Made a loft level place to sleep. Perhaps it was more cramped for our cats than we realized.
I opened that fridge one evening to see our cat Jeremy looking up rather casually from a veg bin. My blood runs cold every time I think we might have smothered him in a closed fridge.
Click to expand...

Hi been a while since i read the old paper fortean times magazine, just an interesting fact your post reminded me of, if you put a siamese cat in the fridge it will turn completely black (the same colour as its muzzle, feet, tail end etc..) not that i condone putting cats in fridges, it returns to its original colour when it warms back up, a bit like those 'global hypercolour t-shirts you could get in the '90 s (because everyone needed to see when you were hot and sweaty lol) on another note, we had a cat when i was very young, it would sit by my baby brothers cot and stand guard, coming and meowing to tell my mum when he was crying, not really fortean but interesting.

Just a small disclaimer, folks. Do not try that experiment at home. Cats do not belong inside a refrigerator.

Not famous earthquake fault called the New Madrid Fault near Memphis, Tennessee produced the biggest earthquake in U.S. history in 1811.

It was so strong, it made the Mississippi River run backwards.

In the 1960’s I was visiting my mom in Memphis and we had a earth tremor.

The vibration threw me out of the bed without any warning.

If this fault ever goes big, it would destroy the middle of the U.S.

michael59 said:
Just a small disclaimer, folks. Do not try that experiment at home. Cats do not belong inside a refrigerator.

Well, a co-worker reported that he opened the fridge and found the cat asleep in the guacamole.

Proves a point—what cat likes guacamole? Especially when it's properly spicy! (The guac, not the cat.)
Oxygen deprivation, obviously . . .

michael59 said:
Cats do not belong inside a refrigerator.

Or as Mammy Two-Shoes puts it: Thomas! You is a naughty cat an if ah catch you in dat ice box again ahs a gonna tan yo hide!

We also had a cat (long gone now sadly) who loved avocado!

I have a current cat that loves avacado.

IamSundog said:
I have a current cat that loves avacado.
Click to expand...

Have you thought of raisin it a different way?

Location
my fortress of solitude

AlchoPwn said:
I commiserate with your situation Calgacus03. I wonder if your bed was copping a random vibration from nearby machinery travelling thru some sort of rock substrate under a foundation stump beneath your bed? Did it ever happen again? It sounds like a recipe for desertion anxiety.
Click to expand...

Sorry AlchoPwn, I've only just come across your reply to my post.

No, there was/is no type of subterranean travelling (or tunnelling) in that part of the world (a small north-east coastal town) and the house in question was a four-square, sandstone built, detached affair, probably dating from about 1870 or so. So no foundation stumps (I shouldn't think).

There was coal mining at one time in the area, but that was several miles away on the other side of the river, and stopped during WWII.

I've tried to think of a rational explanation for it over the years, but have come up empty. It never happened again, and I continued to sleep in that bed and bedroom until I was about twelve or thirteen (by which point I'd pretty much outgrown the bed), I then got a proper bed in another room at the back of the house.

I haven't asked my cousin whether he remembers it, once lockdown is over and I see him, I'll see if he does and whether he'll be amenable to providing his recollection of that night. He normally has a pretty good memory for events from our childhood.

As for "desertion anxiety" no, I don't think it led to that. As I recall (and it was many years ago) during most of the occurrence I was frustrated (by M. denying that he was doing it when I knew that he must be (because I wasn't)). Puzzlement (when I realised that neither he nor I were doing it), and only fright (when M. bolted) and I realised I was on my own.

Naughty_Felid said:
Have you thought of raisin it a different way?
Click to expand... 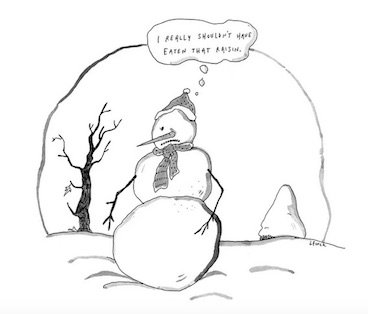