Thinning the Collection of Forteana

I am thinning down my collections and will be putting loads of stuff onto Ebay in the coming weeks.

As some of the titles have Fortean interest, it may be worth posting them on here. I am busy scanning images but if any of the following takes your fancy, I will push it to the front of the queue.

The asking prices are likely to be higher on Ebay and I will include postage and packing to UK.

Paypal is easiest option. Ask about others or overseas postage.

I have tried to focus here on volumes which are not too weighty. Should you be interested in some very special - and very heavy - art books, please contact me for a listing.

NB: Some users have reported difficulties getting these CD-Roms to play on some modern machines. I have tested these on my Mac Mini and had no difficulty accessing the PDF files, so I am sure there is no deterioration of the discs themselves. I will accept returns but it should not be difficult to find another buyer.

FT back issues. Too many to list. They date back about fifteen years, maybe more, though no very early ones. Most are in good condition, a small number have been rolled up and taken on walkies in the rain. Mail your wants and I will check availability & condition. £2 each for good ones, reductions for quantities or worn issues. I can't guarantee many unbroken runs as I have never subscribed.

The following items have Fortean connections and many have been mentioned on the board.

1: Rosemary Brown parcel, will be on Ebay with £75 reserve but may accept lower.

Some may remember the London woman who baffled the experts by writing piano pieces in the styles of several great composers. Liszt was her "spirit-guide" who introduced her to the likes of Beethoven, Debussy etc etc. She was the subject of a tv documentary in 1971 and the Philips LP was issued to coincide with it. One side of the disc is played by the medium herself, the other is played by the celebrated pianist Peter Katin. Quotations adorn the sleeve from some serious musicians.

This rare copy of the stereo LP is a white-label test-pressing with documentary insert containing technical data. The gate-fold sleeve in colour is (presumably) the same as was commercially released. The disc is in Near Mint condition without visible scars or scratches. Sound quality is very good and Katin's playing excellent.

Extras 1:
An extremely rare, privately-recorded LP of Edinburgh music-teacher Mary Firth playing some of Mrs Brown's compositions a few years before the commercial record was issued. Mary Firth* was instrumental in setting up the trust which encouraged Mrs Brown to concentrate on her musical mission. The sound quality of this mono LP is good but neither the playing nor recording can match the Philips disc. Some overlap of contents enables comparisons to be made.

*No relation, I think, of Violet Mary Firth, who became Dion Fortune. Obituaries of Mary Firth, b. 1920, who died as recently as 2014, state she was Yorkshire-born and studied music in Edinburgh, becoming a vibrant figure in the post-war cultural boom there. In retirement she went on to study modern Greek, though her later years were clouded by dementia. None of the 2014 obituaries mention her interest in the strange case of Rosemary Brown.

Extras 2:
A 1984 paperback copy of the 1971 book "Unfinished Symphonies" in which the background to this story is told by Rosemary Brown herself. Book has very small tear on spine and is yellowing very slightly on the edges but is four-square, intact and highly presentable as a good, reading copy to enhance the experience of the records.

5: Fortean Times Issues - see No.1 above

6: Prophecies of the Brahan Seer, 1935 edition, very nice, sound copy but with some foxing. The ultra-rare dust-jacket is included but is torn, ragged on the back, bits lost. Original 1909 edition is usually a three-figure sum and the striking design on the cloth is retained in this 1935 issue. £30

Brahan Seer Image from ABE Books. Not mine.

Another image from ABE Books.

7: Oliver Lodge: Raymond Revisited, 1st edition of the 1922 expanded version, the scientist's quest for evidence of survival after death. His son, Raymond was killed in the Great War. A fine copy, very scarce, £30

8: "Artistotle's Masterpiece" - not by Aristotle and certainly no Masterpiece.

A mainstay of London's underground book-trade in the 19th Century. This is famous for its pictures of the hairy babe, the babe with wings and the ominous babe with signs on his body. A storehouse of lore and curious learning at a time when more direct sex-education was hard to find.

The copy on offer is small-format and intact, somewhat foxed. The spine is missing, exposing the cloth beneath. There are water-stains on the prelims, some pencil markings and a list of numbers in the back - page references? n.d. but probably 1860s or 1870s, identified as only "London, Published for the Booksellers" - probably in Holywell Street:

I gather that this book was sometimes discreetly given to men (and women) on their marriage. My own mother had a copy in her dressing-table drawer, though it was probably a family heirloom. That had some hand-coloured plates but the one on offer is uncoloured.

Priced to sell at £80. Photos in preparation.

9: Max Müller: Comparative Mythology bound together with the Oxford Solar Myth by R. F. Littledale, generally neat for date c 1880s? but missing the spine with some loss on front. Spine weakening at the front. £20

10: L. B. Watkins: Scripture History for the Improvement of Youth, 1823, Jones & Co.
2 Volumes bound together, small format.
Illustrated with dozens upon dozens of quaint engravings of biblical scenes. Unbound. NB: Vol. II ends on p.192, so a small section may be missing. Chiefly of interest for the pictures. £25

11: De Quincy: Confessions of an Opium Eater, illustrated by Willy Pogani.
Collins Clear-Type Press, n. d. 356 p. Pogani's engravings are in decadent Beardsleyesque style and date from 1908 - 09. This is not the First Edition and may have one prelim. page missing. £25

NB: Leaf containing pages 15/16 is missing but has been replaced by photocopies of the missing material. Bookseller's badge on inside back cover, Leighton Son & Hodge, Shoe Lane, London.

A fascinating piece on the Leightons of Shoe Lane here!
Last edited: Aug 9, 2016

JamesWhitehead said:
A Rosemary Brown Collection - this is her centenary year, she was born 27.07.2016.
Click to expand...

I knew it! You are posting this from the future!

That's the second time I have posted that! Thanks for noticing it. 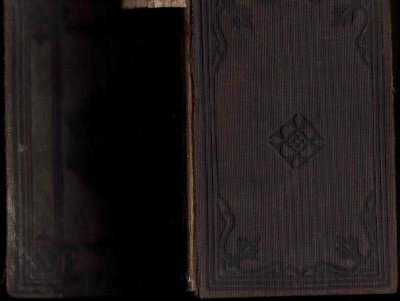 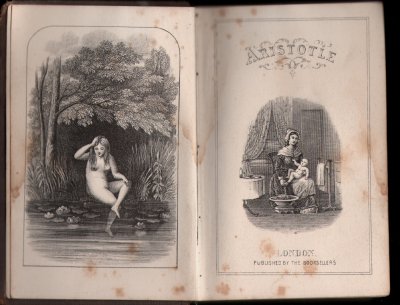 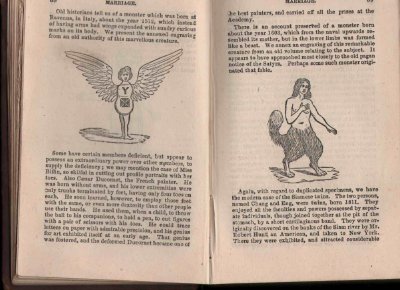 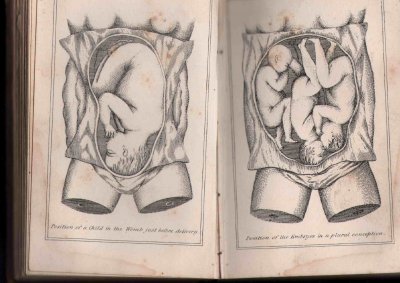 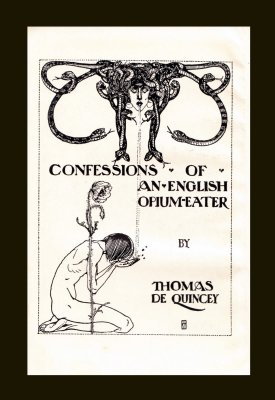 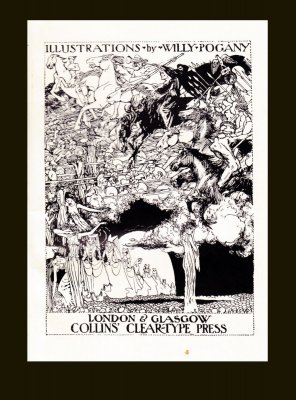 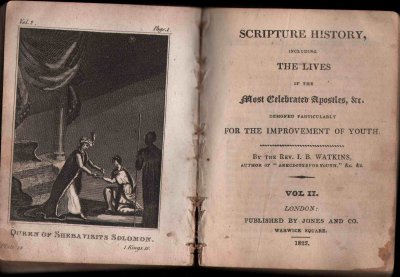 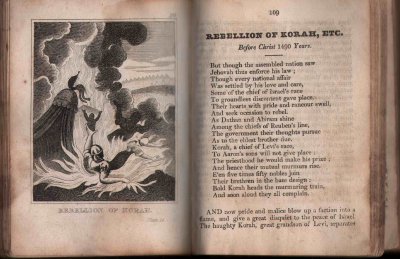 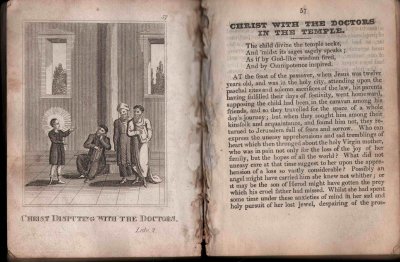 these are wonderful books! if these are your thinings it is important that you catalogue your remaining library thoroughly!

Frideswide said:
it is important that you catalogue your remaining library thoroughly!
Click to expand...

It's a weird - and sobering - thing to evaluate your lifetime's collecting according to current market prices.

Buyers' Market, now, and precious few of them around this summer, for sure.

I don't think I understand but

If I had money I'd be making you an offer

I am bumping these three-year-old threads and may add a lot more, reluctantly offered for sale.

I cannot now edit the original posts. If interested, please let me know in the next few days, as I may disappear from the internet for a while.

If you have wants lists, I may be able to help.

JamesWhitehead said:
I am bumping these three-year-old threads and may add a lot more, reluctantly offered for sale.

I cannot now edit the original posts. If interested, please let me know in the next few days, as I may disappear from the internet for a while.
Click to expand...

If you wish to remove or modify your post #1 just post the updated version here on the thread and PM me whether you want the new post's text inserted to replace the old text in post #1, the old post updated to refer readers to the later post, or whatever ...