ramonmercado said:
Trapped By a Toilet!

Llandudno: Woman trapped in toilet had to pay to get out​

A public toilet has been closed for repairs after a user became stuck inside and had to pay to get out.

Lucy Wishart paid 30p to use the loo in the holiday resort of Llandudno in Conwy county and then became trapped. She had to phone her husband, Ian, who was nearby, to ask him to insert another 30p to open the door, after following advice on the inside of the convenience which read "do not panic".

Conwy council said the manufacturer had been asked to fix the lock.

"Imagine an elderly person getting locked in or a tourist travelling alone," said Ms Wishart who was visiting from Preston, Lancashire, for a family holiday.m"This is really unacceptable," she said, after highlighting her concern in a Facebook post.

She shared a photograph of a notice on the toilet next to the Great Orme Visitor Centre, advising how to get out if users became locked in.
People are told to "reassure the individual that everything is OK", and then ask them to press the unlock button.

It goes on to say that they may have to wait 15 minutes and insert another 30p for the door to release.

Can you imagine this happening in America? It'd be a multi-million dollar lawsuit.

escargot said:
Can you imagine this happening in America? It'd be a multi-million dollar lawsuit.

I remember the poem they wrote on the wall when we had pay toilets here in Canada. Like it was yesterday.

It's possible that the sheer weight exceeded the load-bearing capabilities of the floor.
Or it could have been sabotage.

I do believe you've brought this up before.
Not complaining, it's a highly compelling story.

escargot said:
I do believe you've brought this up before.
Not complaining, it's a highly compelling story.

I can't find it using search, was it recently?

ramonmercado said:
I can't find it using search, was it recently?
Click to expand...

Nope, oops, it was actually @uair01 - easy mistake to make.

The unidentified woman in her 40s was using the toilet at the top of Mt Walker at Olympic National Forest in Washington, when she dropped her cell phone into the vault, according to the Brinnon Fire Department. She then went to great lengths to get it back.

‘She then attempted to dismantle the toilet and retrieve it,’ the fire department wrote of the Tuesday incident on Facebook. ‘After disassembling the seat and housing, she used her dog’s leash to try fishing it out.’

The woman eventually used the leash to support herself, ‘which failed, and she slid into and fell into the vault head first’, according to the fire department.

She was able to find her phone among the human waste, and used it to call 911 after 15 to 20 minutes of trying to get out of the vault.

The fire department and Quilcene Fire Rescue responded to reports of a female that fell into the vault toilet and found her as described at the scene.

Crews constructed a makeshift cribbing platform for the woman. Once it was tall enough for her to stand on, they hoisted her up.

‘The patient was washed down and given a Tyvek suit to wear,’ according to the fire department.

She claimed not to be injured and said she did not need to be transported, despite being ‘strongly encouraged to seek medical attention after being exposed to human waste’.

‘But she only wanted to leave,’ the fire department stated.

She thanked the emergency responders and continued on her way back to California, where she is from.

‘The patient was extremely fortunate not to be overcome by toxic gases or sustain injury,’ the fire department stated.
Click to expand...

What is 'the vault'?

kesavaross said:
What is 'the vault'?
Click to expand...

It's a type of outhouse that uses a sealed chamber that has to be emptied (as opposed to an unlined pit that allows excreta to soak / seep into the surrounding soil).

A vault toilet is a non-flush toilet with a sealed container (or vault) buried in the ground to receive the excreta, all of which is contained underground until it is removed by pumping. A vault toilet is distinguished from a pit latrine because the waste accumulates in the vault instead of seeping into the underlying soil.
Click to expand...

kesavaross said:
What is 'the vault'?

It's an extra layer of security to stop the theft of valuable shit stuff.

“Taking your pants off to fart” is one of the weirdest yet most useful Chinese phrases ever. It means to do something totally pointless or without meaning. I love it. 脱裤子放屁。

The toilet of the NFT Bored Ape Yacht Club: https://bordeape-0839.netlify.app/

A Canadian lawmaker has apologised for appearing remotely for a parliamentary session from a toilet cubicle.

Liberal MP Shafqat Ali was panned by a Conservative party lawmaker on Friday after colleagues noticed the familiar background of the building's washroom.

"The camera was mounted on the ledge or ridge on the wall just above the back of the toilet," a rival MP said.

This is the second Liberal MP in two years to be caught in an embarrassing situation on a Zoom call.

Mr Ali, a 55-year-old former real estate dealer, was elected last year to serve for the district north-west of Toronto. The incident took place during a debate on a member's bill in the House of Commons where several members appeared by a private video call that was only visible to their fellow MPs.

The Lloyds Bank coprolite is a large coprolite, or fossilised specimen of human faeces, recovered by the York Archaeological Trust while excavating the Viking settlement of Jórvík (present-day York) in northern England.

The coprolite was found in 1972 beneath the site of what was to become the branch of Lloyds Bank on Pavement in York, and may be the largest example of fossilised human faeces (palaeofaeces) ever found,[1] measuring 20 centimetres (8 in) long and 5 centimetres (2 in) wide. Analysis of the stool has indicated that its producer subsisted largely on meat and bread whilst the presence of several hundred parasitic eggs suggests they were riddled with intestinal worms. In 1991, Andrew Jones, a York Archaeological Trust employee and palaeoscatologist, made international news with his appraisal of the item for insurance purposes: "This is the most exciting piece of excrement I've ever seen ... In its own way, it's as irreplaceable as the Crown Jewels".[2] The layers that covered the coprolite were moist and peaty. The archaeologists also preserved timber, textiles and leather from the site.[3]

I think it's a troll reaction to this serious, but weird, tweet: 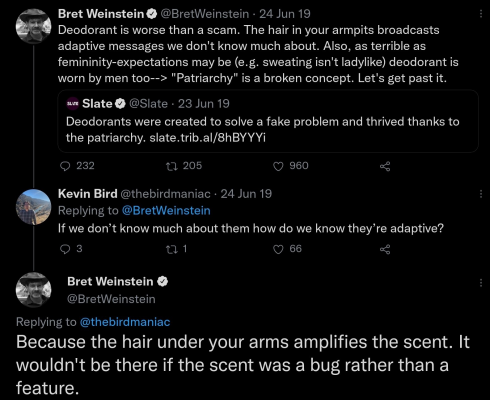 "Mum Caroline left to get wipes and when she came back Jacob was still at it. It was 'very big' "

Don't think there's anything I can add to this heart-warming story from Hull.
(there are photos if interested ?)

"Mum Caroline left to get wipes and when she came back Jacob was still at it. It was 'very big' "

Don't think there's anything I can add to this heart-warming story from Hull.
(there are photos if interested ?)

Calls to tighten New Zealand laws that allow public pooing - if you don't think anyone is watching...

Leitão finds the answer to this mystery in the seventeenth-century records of the Lisbon Inquisition, in which variants of the same prayer are found regarding a a procedure of hydromancy, scrying with a virgin present, in which the main component is a repurposed chamber pot. (Don’t worry if you heard a loud thud near you; it’s just every ceremonial magician reading this post falling over.) Likewise, he draws parallels with another ritual based around the magician using fava beans and an assortment of objects to find answers for their client.