What Religions Are Celebrities?

Bilderberger said:
P.S. I bet any Americans reading this have no idea what I am on about. Trust me - these are comedy legends.
Click to expand...

Strangely, many of your "pop culture" programs are referred to
in other programs. i.e. in an episode of "One Foot in the Grave," Victor Meldrew threatens to "buy one of those sweaters
that Noel Edmonds wears." His wife says she'll kill herself
if he does. It is easy enough to figure out what is going on.

OK, back On-Topic:
Alexei Sayle is jewish, but I've only heard him refer to it once.
Oddly, he did get a good joke out of it.

TVgeek said:
Alexei Sayle is jewish, but I've only heard him refer to it once.
Oddly, he did get a good joke out of it.
Click to expand...

As I recall, he needed the day off school for the feast of Oshca Schloshka.
A


Timble said:
But a panel of three Jewish and six Catholic scholars, who have studied a draft script, say the film is anti-semitic and theologically inaccurate, portraying Jews as bloodthirsty and vengeful and reviving the worst traditions of the passion plays which contributed to deadly attacks against Jews over the centuries.
Click to expand...

Well while I can't say I don't want to just heave at the thought of a pogram against anyone for any reason, my first reaction to this is "hel-lo! have any of these scholars actually read the account of the last 12 hours of Christ's life in the bible?" Admittedly, that is the only document I can base my argument on, but heck, it's the only document those scholars can base theirs on too!

Read Matthew 26:3 "3Then the chief priests and the elders of the people assembled in the palace of the high priest, whose name was Caiaphas, 4and they plotted to arrest Jesus in some sly way and kill him. 5"But not during the Feast," they said, "or there may be a riot among the people."
or later verses "14Then one of the Twelve--the one called Judas Iscariot--went to the chief priests 15and asked, "What are you willing to give me if I hand him over to you?" So they counted out for him thirty silver coins. 16From then on Judas watched for an opportunity to hand him over. "

I can't see that plotting and paying a rather large sum (for those days) for a betrayal are the acts of nice people. I would use bloodthirsty as the correct description and if I was making a movie about this I'm not sure I'd want to sugar coat it at all. The relevant fact is not the plotters race or religion and only racists or bigots would focus on that aspect.

Edited due to crappy spelling.

But a panel of three Jewish and six Catholic scholars, who have studied a draft script, say the film is anti-semitic and theologically inaccurate, portraying Jews as bloodthirsty and vengeful and reviving the worst traditions of the passion plays which contributed to deadly attacks against Jews over the centuries.
Click to expand...


Really. Is anything anyone does, says, or thinks nowdays not judged anti-semitic by someone or other?

Sian...whatshername (redhead - sounds like as primary school teacher), ITV's meterological prognosticator, is a evangelical-type Christian. I heard her gushing on Songs of Praise whilst searching for the remote control.

The Yithian said:
Really. Is anything anyone does, says, or thinks nowdays not judged anti-semitic by someone or other?
Click to expand...

you do rise a good point, by banding about the accusations of anti-semitism it does make a mockery of the term. just don't mention isreali politics and you'll be OK.

Before we get sidetracked into yet another "discussion" about what constitutes anti-semitism, check conspiracy for about fourteen lively debates, most notably this one.

Let's keep this thread on topic, please.
A

sorry for side tracking the thread!

back to religions of celebrities, why do so many appear to be scientologists?
A

Toffeenose said:
back to religions of celebrities, why do so many appear to be scientologists?
Click to expand...

Well, allegedly, that's because the 'Church of Scientology' has made a special effort to attract them. They get their egos stroked over their past lives and their confidence bolstered. And then, allegedly, they act as bait to attract the suckers lower down the food chain. who are the plankton who have their pockets and lives emptied.

Now, any theories as to why so many 'celebs' become buddhists?
A

because they lead empty vacent lives and buddism seems 'like so eastern, like so spiritual'. plus it doesn't really offend anyone.

or is that me being cynical?

Re: Buddhism. I'd guess you could say the same about a lot of affluent westerners, a certain amount of spiritual emptiness in their lives that no amount of swimming pools, big cars, rooms in the mansion, seem to fill. I've also found there's a fair bit of malleability in the strains of Buddhist thought here in the states, ie you don't neccesarily need to renounce one faith to practice it. I know a number of 'Ju-Bu's' (Jewish-Buddhists) who have no conflict with being both simultaneously. Also, Hollywood is the ultimate place in terms of reinventing oneself, creating a new identity. It may also just be "trendy". Like est, yoga, vegetarianism, going to the gym...it becomes the thing to do, for a while. Some adopt it for the long haul, others go on to the next big thing .

Just remembered that actor Martin Sheen is a very serious Roman Catholic, though sort of the opposite of Mr. Gibson. Identifies heavily with the Dorothy Day (noted US anarchist-feminist)/liberation theology end of the R.C. spectrum.

Sorry Stu, its a fair cop guv.
A

I always thought Ringo Starr was Jewish
1) Because my mum told me
2) Because someone else mentioned Starr came from Starkey, ultimately Starski
3) If you put a mop-top on the late great Bernard Bresslaw, he and Ringo would be one and the same. Then again if Ryan Giggs sported a "Hitler" tash, he and the keyboard player from Sparks would look like twins. Give them both a clipboard they could form a set of triplets with Blakey from "On the Buses"

<sigh> just goes to show the conclusions an idle sun-frazzled mind jumps to.
A

I think Woody Allen may be as well

I think Woody Allen may be as well

Jack Ruby was Jewish - does he count as a "celebrity"?
A


A community group called Citizens for Peace and Respect has called for Manson to skip the June 21st Denver stop of the heavy-metal tour Ozzfest. The organization's website says that Manson "promotes hate, violence, death, suicide, drug use, and the attitudes and actions of the Columbine killers."

In response, Manson has promised to "balance my songs with a wholesome Bible reading." The Bible readings, he says, will allow his fans to "examine the virtues of wonderful 'Christian' stories of disease, murder, adultery, suicide, and child sacrifice. Now that seems like 'entertainment' to me."
A

Big Bill Robins said:
It would be good to see one or two plump for Wicca, but I guess it's a bad career move.

Stevie Nicks (Fletewood Mac) is a well known Wiccan - I have my suspicions about Terry Pratchett too - anyone know for sure?

Quicksilver said:
Stevie Nicks (Fletewood Mac) is a well known Wiccan - I have my suspicions about Terry Pratchett too - anyone know for sure?
Click to expand...

I thought the whole Stevie Nicks was a Wiccan in fan conjecture only - so I just looked it up on Google and came up with this Wikipedia entry:

One of the more persistent rumors which has trailed Nicks through the years is that she is a witch and is heavily involved in Wicca. While she has a love for the gothic and has no problem with any of these beliefs, she has never been associated with Wicca nor has she ever called herself a witch.
Click to expand...

But on a fan site:

This way you won't ask dumb questions that everyone else already knows the answers to. I don't know where CL Moon gets her info, but let me tell you, she is well-informed about everything having to do with Stevie. You can even get a wav. file here of Stevie saying, "I am not a witch." This was of course inspired by the question, "Is Stevie Nicks a witch?" Duh! Of course she is.....not. Hmmm...well...some people would take issue with me on the subject I'm sure. Stevie has always denied it, but she also says a lot of things that would lead you to believe otherwise. Her songs are very witchy also. Just so you know. I'm not taking sides either way. She can remain a mystery, as far as I'm concerned.
Click to expand... 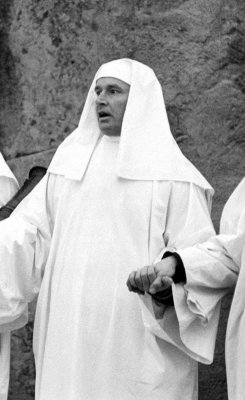 Coronation Street star Bill Roache thinks he's getting younger - and he believes in ghosts
The actor who plays Ken Barlow tells all about his mystic visions, psychic pets and the 'cult' that caused a split with his ex-girlfriend.

As Coronation Street stalwart Ken Barlow, Bill Roache has been a steady fixture on the cobbles for 58 years – outlasting every other star of the soap.

And Bill, 85, has promised fans he won’t be leaving any time soon, as he feels like he’s getting younger. He said this week: “A few years ago, I made the decision that I was actually getting younger.

"It’s a belief system, really. The body was designed to go on forever.”

His impossibly positive outlook isn’t the result of new diet or exercise regime , but one of the beliefs of his beloved Pure Love Movement, an organisation who believe the power of love can eradicate war and famine, and cure illnesses.

Claiming that he is immune to ageing isn’t the soap star’s only unusual belief. He says that he is able to see ghosts and he wants to communicate with aliens.

And Bill claims he was told by his animal psychic that his pet Jack Russell, Poppy, does impressions of Deirdre Barlow, his soap character’s wife, played by the late Anne Kirkbride. 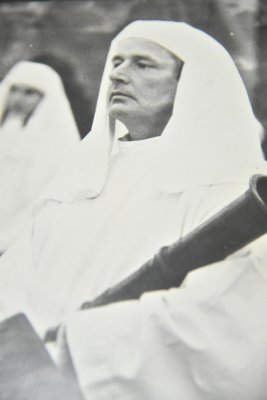 Another Article On His Druidic Faith Here:
https://www.swindonadvertiser.co.uk/news/14579302.rewind-bill-swaps-street-for-stonehenge/

Long-known, even among his fellow cast-members, as the most boring man in show-business, this late attempt at being interesting reeks of desperation. Rather like the host who failed to put gin in the first round of cocktails so added meths to the second!

Regarding Stevie Nicks being a witch, in the series American Horror Story about a witch coven they actually had her do a cameo. She's also said to be a witch in that.

Lord Lucan said:
A number of Celebrities grew up in the 'Children of God' religious group/sect/cult (depending on your opinion):
Joaquin Phoenix, Rover Phoenix & their less famous siblings.
Click to expand...

I didn't know their dog was an actor too

Bigphoot2 said:
I didn't know their dog was an actor too
Click to expand...