Reading my current book about Marie Laveau, I found out about this interesting saint:

Saint Expedite is well-known in Spain, Portugal, Italy, and Latin America. In the United States, he is greatly revered in New Orleans, whence he came by way of Spain. (Most people think of New Orleans as French, but for forty years, from 1763 to 1803, it was a Spanish colony.)

There is an old, humourously apocryphal tale about the arrival of Saint Expedite in New Orleans: The story goes that in outfitting the Chapel of Our Lady of Guadalupe, the priests sent off to Spain for a large and beautiful statue of the Virgin, and many months later, by ship, they received TWO crates instead of one. They opened the first and it contained the statue of Mary, which they had commissioned, and then they turned to the unexpected second crate, which only bore the legend EXPEDITE on the outside. This they opened, to find the statue of a Roman centurion. In their simple ignorance, they mistook the shipping instructions -- EXPEDITE, meaning, "expedite this shipment" -- to be the name of a saint.

The story is both funny and miraculous, but it is not a true account of the origin of the image of Saint Expedite, for he can be found in other places than New Orleans, and there is no reason to think that the sculptors in Spain would have created such a figure unless asked to do so. Interestingly, as with the CRAS pun, once again, Saint Expedite is associated with word-play.
Click to expand...

But is that the case? This other article thinks that the New Orleans solution might be correct...

In 1781, or so the story goes, a packing case containing the body of a saint who'd been buried in the Denfert-Rochereau catacombs of Paris was sent to a community of nuns in the city. Those who sent the body wrote "Expedite" on the case, to ensure fast delivery of the corpse for the obvious reasons.

The nuns got confused, assumed Expedite was the name of a martyr, prayed to him, had a bunch of prayers answered amazingly quickly and the cult of St. Expedite was born. News of this saint who cheerfully dispensed quick miracles soon spread rapidly through France and on to other Catholic countries.

It's a swell story, but Italians were asking St. Expedite to grant their wishes well before 1781, so either the date or the entire story is wrong. And the whole thing just screams urban legend anyway.

A different version of the same story is told in New Orleans. Supposedly, the church of Our Lady of Guadeloupe received a big shipment of assorted saint statues. Only one didn't have a proper label on the case identifying the saint whose statue was contained within. But the crate did have an "Expedite" label on it, so the locals decided that must be the saint's name.

A century and a half later, according to the story, they found out there was no saint called Expedite. However, a little research turned up the obscure St. Expeditus, whose status as a possible Armenian martyr gave the Expedite myth legitimacy.

St. Expedite is typically depicted as a young Roman centurion squashing a crow beneath his right foot and hoisting a clock or, in later versions, a cross inscribed with the word hodie ("today" in Latin). A ribbon with the word cras ("tomorrow" in Latin) emerges from the squished crow's mouth. The idea is that St. Expedite destroys people's proclivity to procrastinate and vanquishes vague promises of joyous tomorrows in favor of making things happen right now.

Why a crow? English-speaking people tend to mimic the sound a crow makes as "caw caw." Italians hear it as "cras cras." In Italian folk tales, crows and ravens are forever yapping on about tomorrow.
Click to expand...

I may well adopt St Epedite. I have a special veneration for the Virgin of Guadalupe and there is a connection!

Frideswide said:
I may well adopt St Epedite. I have a special veneration for the Virgin of Guadalupe and there is a connection!
Click to expand...

The Feast of Our Lady of Guadalupe - It's a message of hope... of roses blooming in the winter... 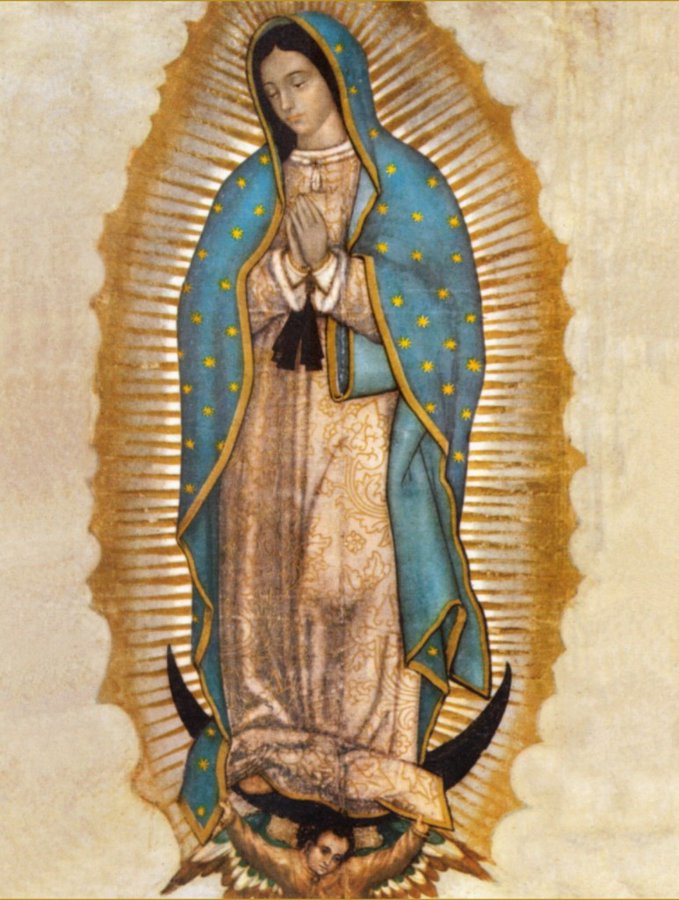