From the article : 'Because the moon is considered lifeless, Nasa’s office of planetary protection does not frown on missions that spill Earthly organisms on its surface. After all, the Apollo astronauts left behind their own microbes in the 96 bags of human waste that await some future cleaner on the moon.'
So before we get to do a proper search for traces amino acids and peptides on the Moon, whether home-grown or deposited by meteorites, a committee has decided it's fine to carpet the area with DNA and microbial life from Earth.

Tardigrades Can Survive X-Ray Bombardment by Deploying a Protein Shield

... Tardigrades are know for their incredible resilience, as they're able to survive all manner of extreme conditions.

When the going gets tough, they basically transform into glass for decades at a time, perhaps even centuries. They tolerate temperature extremes, and even the cold vacuum of space does not faze them. ...

Where do all these strange superpowers come from? The origin story of these aquatic organisms is a matter of ongoing scientific inquiry, but researchers think they've now at least solved the mystery of one of the water bear's weirdest abilities.

One of the things that makes tardigrades so seemingly indestructible is a built-in radiation shield of sorts.

A study in 2016 discovered that a protein unique to tardigrades called Dsup (damage suppressor) could suppress X-ray-induced DNA damage in human cells by approximately 40 percent.

"We were really surprised," one of the researchers, Takuma Hashimoto from the University of Tokyo, told AFP at the time.

"It is striking that a single gene is enough to improve the radiation tolerance of human cultured cells."

Such a degree of radiation tolerance is indeed striking, but how does it work? The answer remained unknown until just now – thanks to new findings made by scientists at the University of California, San Diego, who analysed Dsup to ascertain its molecular functions.

"We now have a molecular explanation for how Dsup protects cells from X-ray irradiation," says molecular biologist James Kadonaga.

"We see that it has two parts, one piece that binds to chromatin and the rest of it forming a kind of cloud that protects the DNA from hydroxyl radicals." ...
Click to expand...

If we ever upset tardigrades in the eco system, we'd be screwed I'm starting to become convinced.

Ramon hasn't written anything amusing yet connected to Cromer and tardigrades chances of survival there here .. we're getting slow .. erm ..

Scientists have recently discovered that Tardigrades haven't slept with Stacy from The Mason's Arms, Cromer.
Last edited by a moderator: May 27, 2020

Swifty said:
... dammity .. I did didn't I .. and Ramon hasn't written anything amusing yet connected to Cromer and tardigrades chances of survival there here .. we're getting slow.
Click to expand...

An image of a tardigrade with a psychedelic light show in its guts took home a top prize in an international photo competition. Inside the microscopic and endearingly tubby "water bear," tiny internal and external structures are illuminated in brilliant fluorescent colors that glow like a disco dance floor.

The photo was captured by Tagide deCarvalho, manager of the Keith Porter Imaging Facility (KPIF) at the University of Maryland, Baltimore County, and it was a regional winner in the 2019 Olympus Image of the Year Award, contest representatives said in a statement.

Every year, the competition awards "the best in life science imaging worldwide," celebrating images that combine visual impact and artistic beauty while also demonstrating the photographer's proficiency with microscopy, according to the statement. ...
Click to expand...

Nah, that's Cromer Propaganda to hide the fact their women rode their crab lice into battle.

I'm not sure it's wise to mock the tardigrades ...

EnolaGaia said:
I'm not sure it's wise to mock the tardigrades ...

Swifty said:
Scientists have recently discovered that Tardigrades haven't slept with Stacy from The Mason's Arms, Cromer.
Click to expand...

IbisNibs said:
Swifty, you misspelled your own name! It's spelled S-W-I-F-T-Y, not S-T-A-C-Y.
Click to expand...

I am not a slut (these days) .. tardigrades are though.

Tardigrades are the only creatures Chuck Norris allows in his beard. 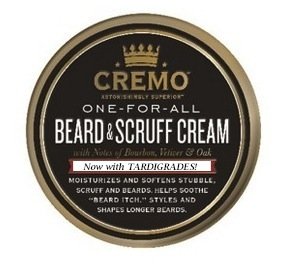 The Tardigrade has made it into Viz! 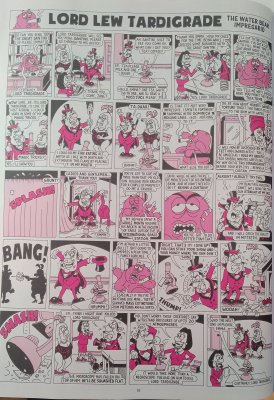 New research focusing on tardigrades' renowned radiation tolerance is ongoing, and it seems a protein binding to their DNA has a lot to do with it.

Tardigrades Have DNA Armour, And We Just Got Closer to Understanding How It Works

Radiation that would reduce the DNA inside our own cells into genetic confetti is no match for the microscopic tough-guy known as a tardigrade, and we just got closer to understanding just how these critters are so tough.

Their protection works in part due to the shielding provided by a special 'damage suppression' protein called Dsup. Exactly how this molecular armour provides protection isn't all that clear; now, a computerised model of the protein interacting with DNA could provide a starting place. ...

We've known about Dsup's potential in shielding DNA for a few years now, having put it through its paces in a variety of experiments.

Slipped into a culture of human cells, for example, the protein reduces the destruction caused by a dose of X-rays by around 40 percent. It also seems to do a more than adequate job of protecting DNA against the corrosive effects of hydroxyl radicals.

Somehow, by latching onto strands of nucleic acid, the protein deflects or absorbs nasty elements that would otherwise lay waste in the living cell.
Click to expand...

Are tardigrades really the most "indestructible" species known? Maybe so; maybe no ...

Are Tardigrades The Most Indestructible Animals on Earth? There's a Close Contender

... [Tardigrades] can survive a battery of extreme conditions, including temperatures as cold as -180°C for 14 days or oven heat of 151°C for 30 minutes.

They can also survive "5000 Gy gamma radiation (which is the radiation type that, in the Marvel Universe, transformed David Banner into the Incredible Hulk). Where 5-10 Gy kills humans" ...

They can also survive being in a frozen state for 30 years and potentially up to 100 years, although that long is still contested ...

But are tardigrades the most indestructible animals on Earth? We asked eight biologists who study them - 63 percent said "Yes" meaning there is still some debate on this question. Here's what we learned from experts. ...
Click to expand...

ORIGINAL SOURCE OF THIS STORY:
https://metafact.io/consensus/tardigrades-may-be-the-most-indestructible-animals-on-earth