On re-reading the above, my tone may appear a tad abrupt. If anyone feels they have been affected by this, there are pamphlets available from BBC Actionline. Meanwhile, please will everyone stop posting multiple humungous photographs in single posts. One per, please. TYVM.

Edit - so, it appears there are mixed messages. I will ascertain the correct one, and post in due course. I was unfair to Souleater, and for that I apologise.
Last edited: Mar 3, 2021

Souleater said:
£15.60 for one tea towel
Is it cut from the actual shroud of Turin?!?
Click to expand...

Anything "branded" is ludicrously over priced.

Fear not, I mean no harm to your planet

maximus otter said:
l don’t speak a word of German; l picked up the “Berliner” line from a colleague who had served in Germany. Here’s a link to the (apparently fake) version he told me. Seemingly, it’s all down to Len Deighton.

l share your issue with accents. l try and “do” South American or Eastern European, say, and it ends up going off in all directions and ending up sounding vaguely Pakistani. A bit like luvvies who do that generic “UK Rustic” accent for everyone outside the M25; the one amusingly referred to as “Mummerset”.

I lived in Berlin for 6 years and the JFK "Berliner" story was told to me by many Germans and also by my brother who had been living in Berlin for 10 years when I moved there.

I and countless Germans seem to believe it is true.

For those who may be interested my FT nic Xbergman relates to a district of Berlin called Kreuzberg often written for short as XBerg Kreuz meaning Cross or X ... the reason I chose Xbergmann (with 2 Ns on the end in the German manner) was that I was sitting in an internet cafe in Kreuzberg when I joined the original FT message board and it seemed appropriate at the time.

I believe there are also shroud beach towels available!

There was once a Turin Shroud beach towel available .. please don't ask me to find it now though.

... and multiple other places.

And now summer has just ended, there's always next year!

You mean to two days in the UK when the sun briefly appeared and it didn't rain?


Here's nice one for you religious granny:

There is no excuse for wearing thongs of any design!


Endlessly Amazed said:
Thanks. I never knew that. In the US that is called a dish towel. I vaguely thought that a tea towel had something to do with tea, but couldn't imagine what.
Click to expand...

This is logical, but they do things "differently" over there, as you have seen.

salt-man said:
They're used for a variety of purposes, from keeping leafy greens crisp to covering warm baked goods.
Click to expand...

They are no good unless they can also extinguish the flames of burning food.
Escargot's cooking technique is widespread.

escargot said:
'old on, 'old on. You have an actual tea towel collection?
Click to expand...

Not really. I have a few I picked up as souvenirs in the UK (two from the Ashmolean and one from Orkney) but gosh they don't half charge for them these days.


Endlessly Amazed said:
Wow! that is a really fancy tea towel. Do you actually use it in the kitchen? My kitchen towels are all stained (or are in pre-stain state as staining is inevitable) with a variety of colors and sometimes textures. Also have a few with burnt off spots. When they get too disgusting, I use them for my oil painting hobby. I try really hard to not have fancy stuff in my house with a "purported function," because I don't want to ruin fancy stuff nor have my home be a museum to fancy stuff. So, I guess I have an unfancy, ur-proletariat home (but I do have some persian rugs).
Click to expand...

Is use it and it's very dirty now (practically mummified), that picture I found on the web.

I have a system of souvenir/arty tea towel rotation.

One is gifted to me, and should it be pretty, have recipes or other such entertaining motifs it's blue-tacked to the wall twixt the big fridge and t'bin for a couple of years. It waits there, until an usurper towel replaces it or it gets manky. (Because no-one I know has been anywhere for a year where they might conceivably buy me a tea towel the space is currently vacant) The previous one was a gaudy collection of Scots recipes, the one prior to that was native Canadian art of a raven on linen. I never buy it for myself.

Then it joins its more boring and/or careworn brethren in the laundry and starts its career as a food cover/liquids absorber/husband flicker/ pot holder/surface cloth until such time as it then retires to fishing rag status and finally.... it R'sIP in the compost heap (if cotton or linen). They dont get used in this house much for actually drying cooking/eating utensils!

[Just a quick Q - can you tell I've got time on my hands tonight?]

oh... the other reason we had tea towels.

Not the GOOD tea towel.

Analogue Boy said:
oh... the other reason we had tea towels.

When the ex'd set t'chip pan on fire (as he seemed to do as often as possible) I tried that a few times but it just burned a hole in the teatowel.

escargot said:
When the ex'd set t'chip pan on fire (as he seemed to do as often as possible) I tried that a few times but it just burned a hole in the teatowel.
Click to expand...

I think you're meant to wrap a damp tea towel around the chip pan handle so you don't burn yourself. Then you can carry the pan to the sink and put the fire out under a running tap.
Top Tip that.

Bad Bungle said:
I think you're meant to wrap a damp tea towel around the chip pan handle so you don't burn yourself. Then you can carry the pan to the sink and put the fire out under a running tap.
Top Tip that.
Click to expand...

I know you're joking, but I feel obliged to say 'that's a bad idea'.

Bad Bungle said:
I think you're meant to wrap a damp tea towel around the chip pan handle so you don't burn yourself. Then you can carry the pan to the sink and put the fire out under a running tap.
Top Tip that.
Click to expand... 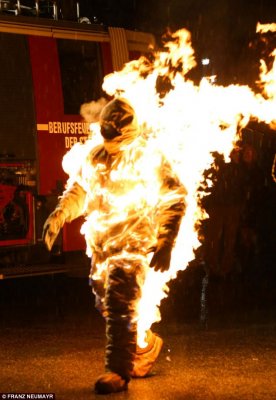 James_H said:
My favourite tea towel from my collection is this one, from the Ashmolean in Oxford I believe. I find the information overload hilarious.
View attachment 36045
Click to expand...

Although I love this tea towel, I think the saddest statement known to man must be 'sorry I took so long with the washing up, I was reading your tea towels.'

Ooh that would look good on a tea towel.

Bad Bungle said:
Ooh that would look good on a tea towel.
Click to expand...

You can get some quite cool 'burning' tea towels.

catseye said:
Although I love this tea towel, I think the saddest statement known to man must be 'sorry I took so long with the washing up, I was reading your tea towels.'
Click to expand...

My tea towels look like Rorschach ink tests - I don't want to know what some-one is reading off them.

Souleater said:
You can get some quite cool 'burning' tea towels.

Bad Bungle said:
How much ?!

Fill in the blanks 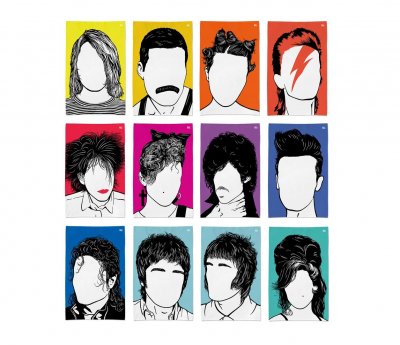 Who knows where it will end?

I find it hard to believe this thread has got this far without anyone raising the question : what is the correct word for a tea towel collector? Or even the correct collective noun for tea towels? I think there should be such things.

I don't actually collect tea towels, but I do seem to have amassed an unfeasible number of them. Not gonna count them, it's Friday night ffs. A fair few of them are souvenir-y ones, my favourite being my Loch Ness tea towel, purchased at Drumnadrochit, which I bought as it was just about the only piece of Nessie-related memorabilia I could find that had any degree of tastefulness about it (like THAT matters!)

Aaaaanyway - does anyone have any suggestions about a term for a tea towel collector, or a collective noun for tea towels? For the latter, I'm gonna start off with 'a moistness' but I'm sure you can come up with better.......
You must log in or register to reply here.
Share:
Facebook Twitter Reddit Pinterest Tumblr WhatsApp Email Link
Top