Art by A Sudo Wu:

Grant was a painter, a textile designer, theatre designer & pottery artist. He was a member of the Bloomsbury Group &, although most of his love affairs were with men, he did have well as a relationship with Vanessa Bell (Virginia Woolf’s sister), with whom he had a child

He had many lovers - his cousin, the writer Lytton Strachey, Arthur Hobhouse (a politician) and the economist John Maynard Keynes. It’s thought many of the men in the pictures were also his lovers.

Grant had a daughter with Vanessa Bell, who was married to Clive Bell, with whom she had two sons. Shortly before WW1, Vanessa, Clive, Duncan Grant & Duncan's lover David Garnett all moved in to Charleston Farmhouse together .

The writer Dorothy Parker is said to have quipped that the 'Bloomsbury paints in circles, lives in squares and loves in triangles.'

It was thought that Le Bas’ sister had destroyed them after he had died, but she hadn’t. The collection had secretly been passed to from lover to lover, friend to friend, until they wound up in the hands of theatre designer Norman Coates, who kept them under his bed for 11 years

An English Garden is the Estuary 2021 iteration of How to Make a Bomb, the durational gardening project by artist Gabriella Hirst. The project is centred on the propagation and redistribution of a nearly-extinct species of garden rose which was created and registered under the name Rosa floribunda ‘Atom Bomb’ in 1953. The project charts the various attempts by Hirst to produce new specimens of the ‘Atom Bomb’ rose through grafting and cuttings. Propagated plants are to be distributed throughout gardens in the UK parallel to the resurgence of long-dormant cold war-era public fear mongering in the media and political rhetoric.

rather a Tom of Finland vibe!

AFTER THE FALL #101 by @mikkel_hartmann (who not only shows "the remains of a civilization, which has long since left for the stars," but also tells such a story in one comic frame, doing so in a style reminiscent of Martin Vaughn-James—what a treasure): https://t.co/s2LggAIy3C https://t.co/nPJyTQl7gj

That's a series of NFT's. 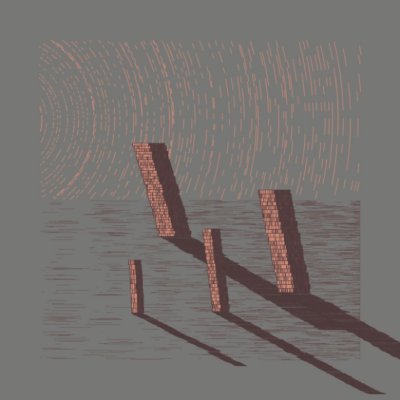 Visited one of my favourite galleries. First time since corona. Hooray!
I love those artworks that are a total mystery until you read the booklet. 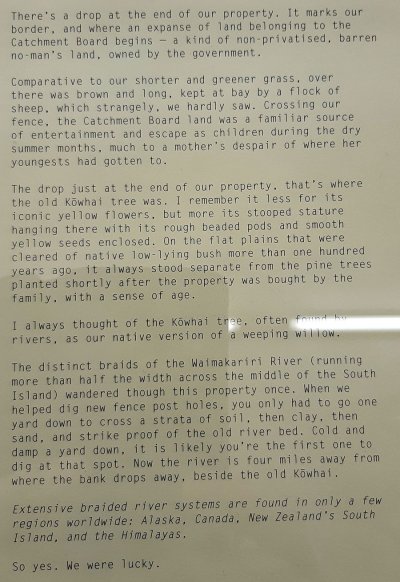 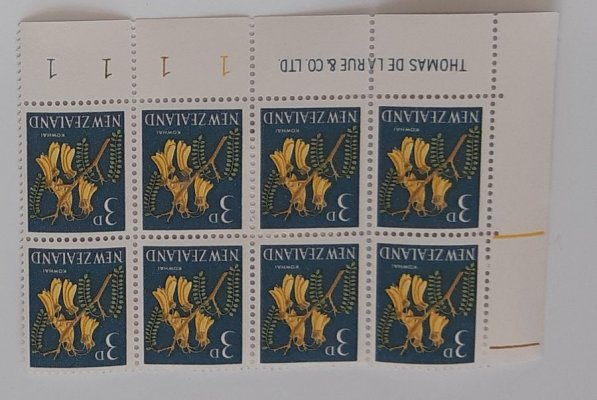 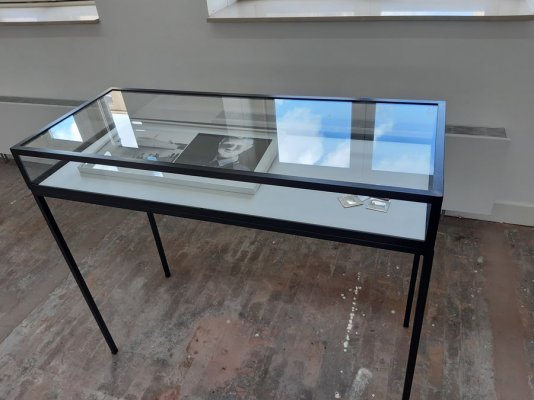 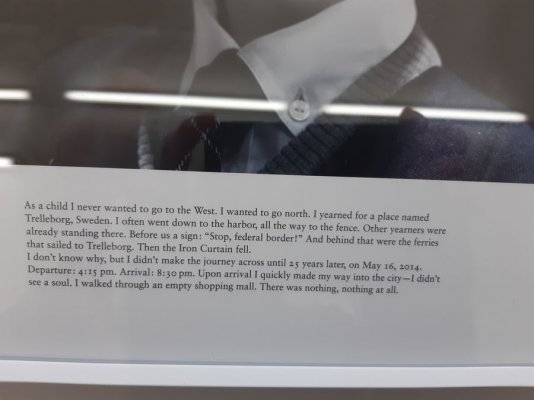 @mods: I saw we have two fortean art threads. This one (longer) and this short fork: https://forums.forteana.org/index.php?threads/fortean-art.5863/

Today I was delighted to discover this highly pretentious but very nice artwork in Rotterdam. See the explanation below: 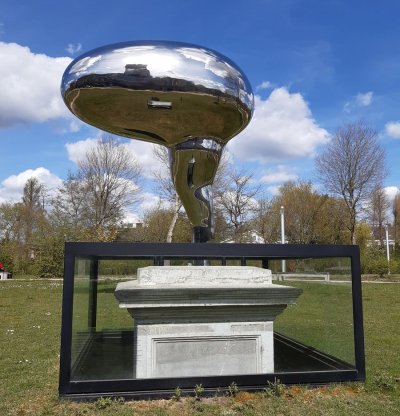 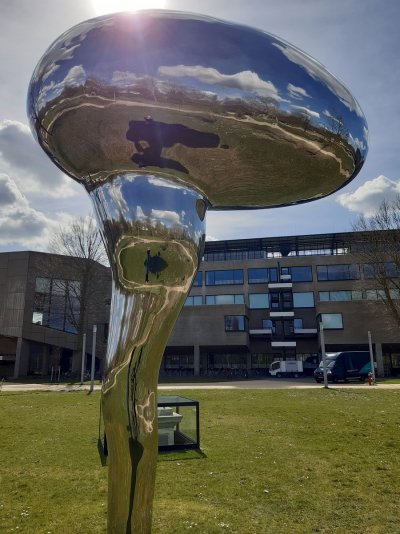 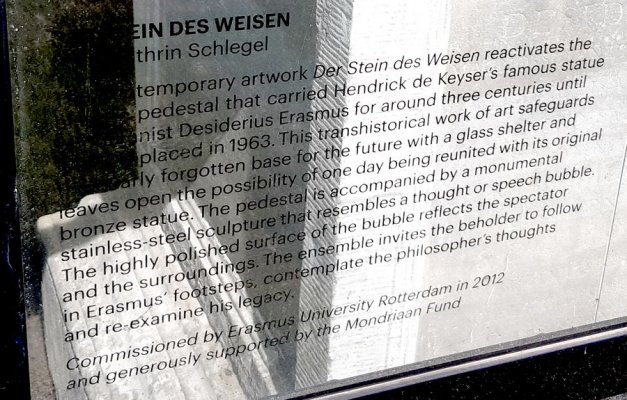 uair01 said:
@mods: I saw we have two fortean art threads. This one (longer) and this short fork:
https://forums.forteana.org/index.php?threads/fortean-art.5863/ ...
Click to expand...

The other / redundant thread has now been merged into this one.

A webpage with "real" Fortean art. Interesting throughout:

Don’t Call Them Witches: Your Guide to the Séance Photographers, Psychic Visionairies, and Occultists of the Venice Biennale
"The Milk of Dreams" spotlights artists engaged in alternative, anti-rational ways of knowing.

Milly Canavero, Italian Psychic Who Channeled Extraterrestrials
In 1973, the Genoese artist Milly Canavero (1920–2010) met with a spiritual medium who revealed to her that she, too, had innate psychic abilities. Though Canavero knew nothing about the world of parapsychology, after the encounter, she began to experiment with a planchette, spelling out messages that were sent to her from the beyond. After several years, Canavero progressed into automatic drawings, composed of energetic, zigzagging lines and spirals. These drawings are on view at the Biennale in “The Milk of Dreams” in the Central Pavilion. Canavero considered the drawings, which are sometimes marked by ciphers or hieroglyphic marks, to be messages from extraterrestrial intelligence.

In collaboration with customs, Vibeke was given access to a power facility that commonly destroys illegal items, om the occasion of a large siege of cocaine. From this process electricity was harnessed on site to charge the battery that is currently powering the only light source in the space. #stellar #vibekemascini #rijksakademieopen2022
#amsterdam @vibekemascini

If only for the wonderful illustrations, this fits as Fortean art...


Behold the Augsburg Book of Miracles, a Brilliantly-Illuminated Manuscript of Supernatural Phenomena from Renaissance Germany​

Today I read that Lovecraft was influenced by Nicolas Roerich:

Roerich believed that World War I had been the apocalypse that signaled the end of the Hindu Kali Yuga and the start of the next phase of human evolution and civilization. He claimed that this new world age would be directed by a mysterious cult of Mahatmas living in isolated splendor deep in Shambhala in Central Asia. These, of course, answer to the “deathless Chinamen” who live in Central Asia in H. P. Lovecraft’s “The Call of Cthulhu,” and they derive from Theosophical traditions, as appropriated from Buddhism, in turn derived from the Hindu belief that Vishnu’s incarnation as Kalki will rule the millennial kingdom of Shambhala thousands of years from now.

Roerich, for his part, opened a museum in New York City in 1930 to display his dramatic paintings, including some of Buddhist monasteries clinging to the snowy sides of the Himalayas. H. P. Lovecraft visited the museum shortly after its opening, and he was inspired by these strange vistas. “Surely Roerich is one of those rare fantastic souls,” Lovecraft wrote in a 1930 letter, “who have glimpsed the grotesque, terrible secrets outside space & beyond time & who have retained some ability to hint at the marvels they have seen.”[148] He modeled the Old Ones’ frozen mountain city in At the Mountains of Madness on Roerich’s paintings, which he explicitly cited in the story: “Something about the scene reminded me of the strange and disturbing Asian paintings of Nicholas Roerich, and of the still stranger and more disturbing descriptions of the evilly fabled plateau of Leng which occur in the dreaded Necronomicon of the mad Arab Abdul Alhazred.”[149]

From this great book:
Jason Colavito

Some NFT's collected by Christian Bök, experimental poet. In principle I don't like NFT's but he has very good taste and convinces even me:
https://twitter.com/christianbok - Not bad for computer generated art!
Or ... That new telescope is working great!

This is rather beautiful.

This is rather beautiful.

It is very pretty. Think a bit of acid or mushrooms were involved with this vision!

This story of a homeless man commissioned and sponsored to serve as a living artwork appeared in Fortean Times, issue #92.

Roger Powell, 47, a former labourer from Porthcawl, south Wales, can be bought for £850,000. He has been designated "a work of art" by Tony Kaye, a British artist-cum-philanthropist who now lives in California. Mr Kaye, once homeless himself, discovered Mr Powell sleeping rough near Waterloo Station in London and persuaded him to sign a contract guaranteeing him a home and living expenses for as long as he was prepared to be a work of art. Both men assume the deal will last until one of them dies.

Mr Kaye is hailed as the man who put "art" into TV commercials and commands fees of up to £100,000 a day. He discovered Mr Powell, a former labourer, a year ago and has exhibited him outside galleries in America and France, including the Louvre and the Washington National Gallery, in a small steel frame inscribed Roger. There are upcoming exhibitions of Roger in Moscow and Israel. Mr Powell visits Mr Kaye's London office every Friday to pick up £75 expenses. His £60 rent, for a room in Maida Vale, north London, is paid by the office.

EnolaGaia said:
This story of a homeless man commissioned and sponsored to serve as a living artwork appeared in Fortean Times, issue #92. ...
Click to expand...

Update ... Powell and Kaye eventually fell out of touch. Powell died in 2002.

In 1995 Roger Powell was 46 years old and living homeless on the streets of London after the failure of his taxi business. And then, by a strange twist of fate, his life changed and he became a work of art.

Film director Tony Kaye had decided to display a homeless person as a work of art at the Saatchi Gallery. ...

Powell sat in the gallery beside a sign explaining that he was for sale as a "human work of art." The price: £1000.

As far as I know, no one offered to buy Powell. Nevertheless, Kaye continued to display Powell at various museums for the next two-and-a-half years, but most of the time not as an official exhibit. Powell would simply walk around the museums while wearing a t-shirt that said "For Sale, Roger, By Tony Kaye, Four Million Pounds." (The sale price had inflated quite a bit.) In return for doing this, Kaye paid Powell a small weekly allowance and gave him some money towards rent. ...

Eventually Kaye lost touch with Powell. Then, in 2002 Powell died. Kaye paid for Powell's cremation and received his ashes. He said he planned to use them to create a painting that would say "Dead Homeless Man." I don't know if he ever completed this work.
Click to expand...

Petr Válek, a Czech noise artist and painter is publishing, "secret photo's from the family archives" on his Facebook page:
https://www.instagram.com/the.vape....RqK7ErNFzMWSJOIjIqnBBYXNZiBmy6EORJF-7D8jbRNwE
https://www.youtube.com/channel/UCSHUTLKvHJq6PYf1OnEQWCQ/videos?view=0&sort=da

Certainly some weird sh*t in this lot.

TWITTER:
The Cultural Tutor @culturaltutor
This painting is from 1833.
It's by Thomas Cole, an artist of extraordinary imaginative power.
But The Titan's Goblet isn't even his masterpiece...
Thomas Cole was born in England but later moved to America and became a citizen.
There he was inspired by the sheer size and beauty of the American landscape.
In keeping with the Romantic Age of art, which focussed on drama and high emotion, he set to work painting it...