More tonight when I am home. 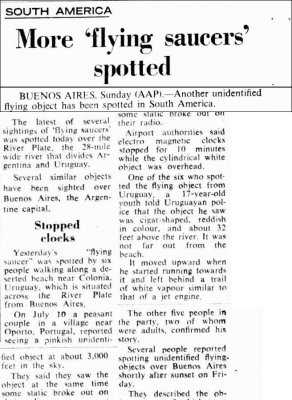 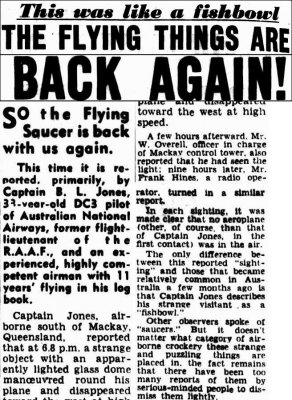 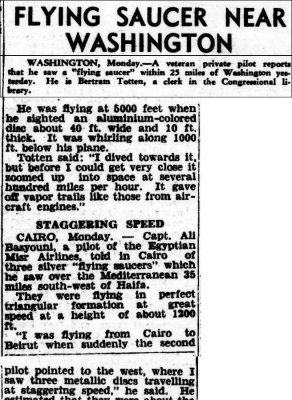 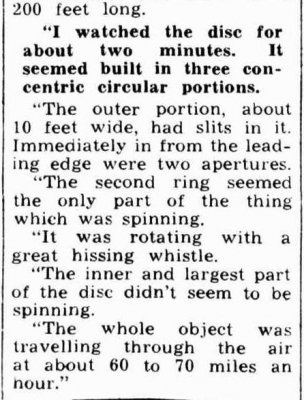 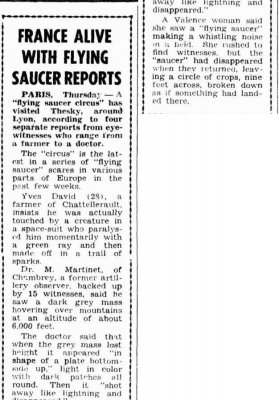 There have been reports going abont
Narr&coorte during the past day or two to
the effect that strange lights or objeetB
have been seen at night around the coast,
come where in the direction of Kingston,
which have been taken to resemble aeroplanes
or seaplanes. Previously similar
reports have gained currency in various
parts of Anetralia at different times. It
was reported a short time ago that what
appeared to be an aeroplane was in
one part of the North, Some weeks ago
there were rumors of objects likened to
flying machines having been seen seen in
the Wimmera district of Victoria. If any
of these reports were true, we have heard of
nothing having come out of them. Strange
lights in the Bby at the present time, when
the nxindB of tbe people are centred on the
war and which may be heavenly phenomena,
might lead some to believe that they
are tbe lights of aircraft, although tho
individual who reportB having seen such
lights may feel quite convinced that he is
right in his conclusions and his veracity
may be beyond question. A report comes
from Seedy Creek to the effect that a
yonng lady resident, there went to meet her
sister, who was returning from school in a
gig, about 6.30 o'clock on Tuesday evening.
She sat down on the side of a sandy track
after walking some distance to await her
sister's coming. While sitting down she
heard a buzzing noise, and thinking it was
a motor car passing she rose up, but conld
see no car, and on looking upwards observed
a bright light in the direction of
the sea. She returned home and told her
mother what she had seen, but 6he did not
take mnch notice of the incident
her ' daughter related, and passed
it off with a laugh. The young girl
went back to meet her Bister, and on looking
in the same direction when about a
quarter of a mile from home ehe observed
the bright light again in the southwest,
hilt it appeared to be coming closer.
This was. an hour later than when the
yonng lady saw the strange light tbe first
time. On the retnm of her daughters the
mother was again told what they bad seen,
and ehe went ont of the house with th«m,
and on looking south-westward observed two
etrange lights. There was a very dark
cloud in the sky and the lights appeared
to go in and come out of it. The lights
were moving backwards and forwards, and
up and down. Abont 9 o'clook several of
the party were ont again watching the
strange lights, and they appeared to be
throwing searchlights ont towards the sea.
Abont 20 mtfptes to 10 the earns evening
the two youug ladies referred to observed
the lights come close to
their home, and tbey conld see the
shape of the object. They state
that it was like an eagle with lights
on.

UFOS "Airships" were often seen to be just amazing flying lights, some in formation, other times cigar shaped or even discs like the "crown".

Tumut Advocate and Farmers and Settler 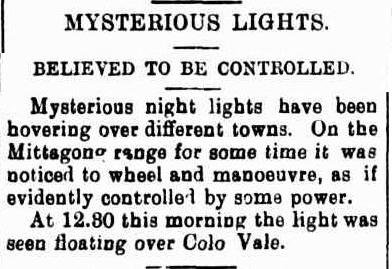 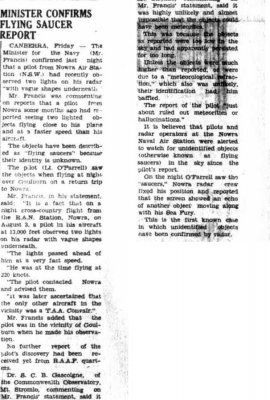 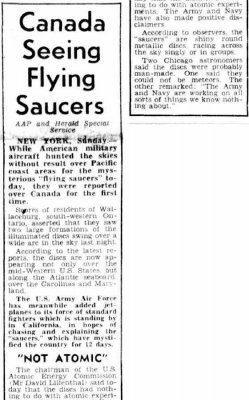 This is good. Excellent animations, too... 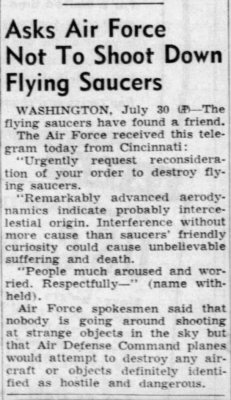 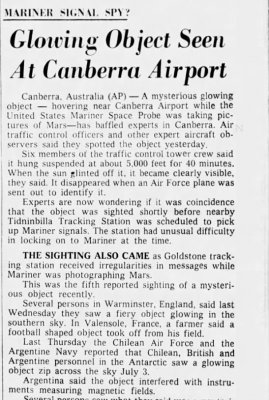 Just trying to take a nice drive, and then having the crap scared outa ya,
The Sentinel
11 Dec 1950, Mon

Another drive and another...

Just trying to enjoy a nice flight, and.. 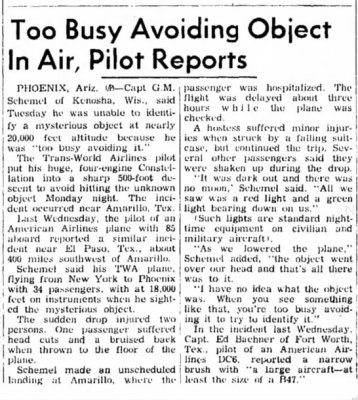 I think that's most of the articles I collected! I didn't collect stories about well-known incidents (Zamora, Mantell, etc., though they are in the databases). When I have time I will create an index for the articles on the thread. I am trying to stay away from forums for a bit to re-focus on creating art, but I will pop in now and again. Hopefully more interesting stuff will be released at the end of this month on the show with Elizondo et al.

Thanks for taking the time to post your collected articles!

Brilliant Feinman, it's been fantastic seeing all these clippings, it'll be a great resource to look back on again and again. Everyone is entitled to their own opinions of course and maybe a lot of these reports CAN be explained in hindsight but what you have given us is really in the spirit of the Original unbiased FT
Many thanks!
You must log in or register to reply here.
Share: Facebook Twitter Reddit Pinterest Tumblr WhatsApp Email Link
Top