Now here's something you don't see everyday. From Florida, an alligator riding a manatee.

OKLAHOMA - Alligators in Oklahoma went into a deep freeze this week as frigid, icy temperatures plague much of the central and eastern United States. 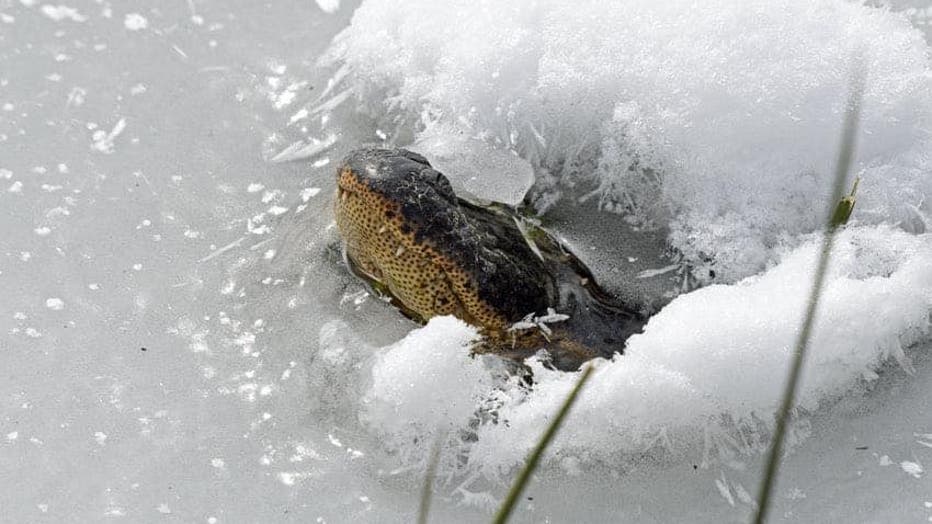 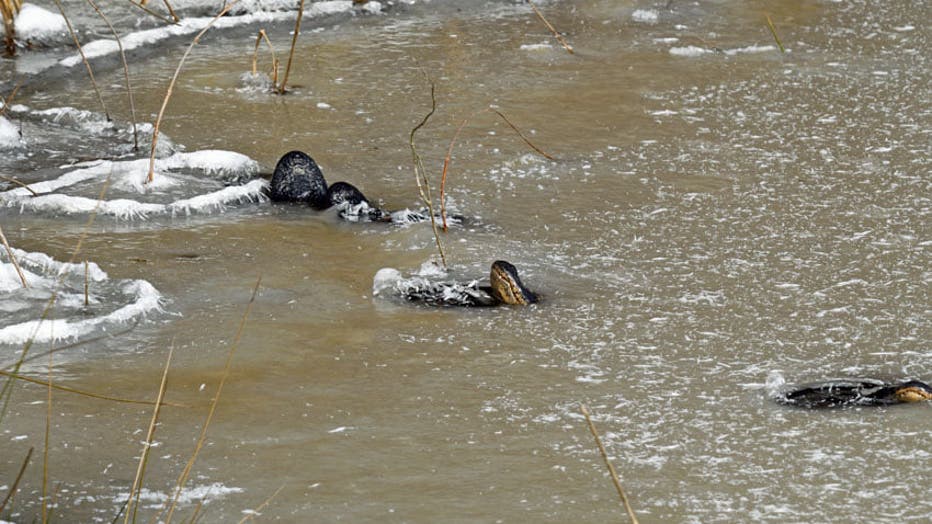 While the alligators may appear to be dead, scientists say they’re not. It’s a survival technique alligators use when the water starts to freeze.

Adam E. Rosenblatt, a biology professor at the University of North Florida, tells Science Alert that when the alligators go under, they enter what's called "brumation"—a hibernation-like state for reptiles. Their bodies almost entirely shut down and all they need to do is breathe. Basically, the ice sticks to their snouts, locking them in place while their bodies dangle below the surface.

Always check under your car for gators.

This gigantic 10-foot-2-inch alligator was spotted hiding under a car at an apartment building in Tampa, Florida, before Florida Fish and Wildlife came to rescue it. It might have come from a nearby pond, according to Fox 35 Orlando. It's interesting to see how the crew handles such a creature, gently packing it into the back of a truck before taking it to a farm.