If Satanic abuse is in fact a reality, why have did the authorities cover it up? (where they aware and maybe involved themselves?)

Does anyone remember that episode of Berjerac with the Satanic Coven.

I think Jim Bergerac discovered it was just a typo, and it turned out to be a satanic oven.

Peripart said:
I think Jim Bergerac discovered it was just a typo, and it turned out to be a satanic oven.
Click to expand...

Produces a meal fit for Lucifer.

I'll stick to the devilled eggs, I think.

And some Old Harry Ramsden's chips to dip in the mayo.
G

Makes you wonder about Sinbad the sailor...with a name like that he cant be all that good. Maybe he was a closet satanist?

Wasn't there a good Morse episode/book with Satanists?
G

Yithian said:
Wasn't there a good Morse episode/book with Satanists?
Click to expand...

The Day of the Devil.

Pdf of an article that might be of interest here:
When Psychiatry Battled The Devil
http://www.garygreenbergonline.com/...Psychiatry_Battled_the_Devil_-_2013-12-06.pdf

Article is notable for having been published, then retracted, by Psychiatric Times
G

Has anyone read up on Clapham wood and the spooky goings on there? People have vanished whilst walking though it. UFOs have been reported as well as satanic rituals and photographic oddness. I remember reading about it in The Unexplained Magazine back in the 1980s

Peripart said:
I think Jim Bergerac discovered it was just a typo, and it turned out to be a satanic oven.
Click to expand...

More on the North London story from BBC News

Delivering her judgement at the High Court, Mrs Justice Pauffley said the children had been forced to concoct accounts of horrific events and that their stories were a result of relentless emotional and psychological pressure and significant physical abuse by their mother's new partner in collaboration with their mother.
Click to expand...

I have just posted this on the 'Announcements' thread but I think it belongs here:

I have only just become aware of the Carol Felstead/Carole Myers case. It is ten years since she died and the family still do not have a proper explanation of what happened to her. The investigations by the GMC and the police appear to be of the 'Nothing to see here...move along' variety and the main players seem to continue to thrive.

Is anyone aware of any of the players in SRA being active in the Thirsk area?

Just wondering as my former repressed memory therapist (who I later found out had no qualifications in psychotherapy) claimed to go there for her supervision.

FOI won't get me the info as the LA claim that no social workers (alleged therapist was employed as one) provide psychotherapy and there fore there is no supervision. There's a fudge going on there with what they deem 'psychotheraputic input'. The rules don't let you FOI a person so I can only ascertain things by asking a blanket question about the area team that person is on.

OneWingedBird said:
Is anyone aware of any of the players in SRA being active in the Thirsk area?

Just wondering as my former repressed memory therapist (who I later found out had no qualifications in psychotherapy) claimed to go there for her supervision.

FOI won't get me the info as the LA claim that no social workers (alleged therapist was employed as one) provide psychotherapy and there fore there is no supervision. There's a fudge going on there with what they deem 'psychotheraputic input'. The rules don't let you FOI a person so I can only ascertain things by asking a blanket question about the area team that person is on.
Click to expand...

Well, the best I could come up with is a UK therapist directory:

Which I got to through this site:

It is worrying that, especially with the recent talk of linking jobcentres with mental health services, therapists seem to be either unregulated or self-monitoring - what could possibly go wrong?

It's entirely possible there was no supervision and she just made that up.

The above link re-directs now for some reason... 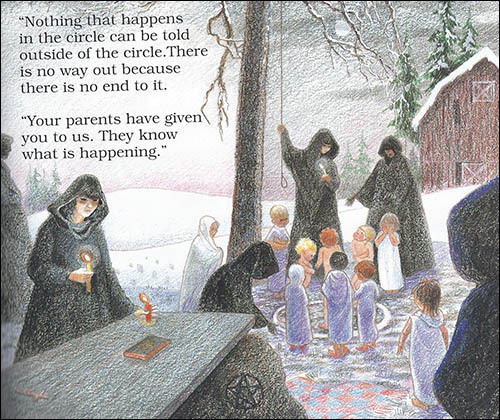 Peripart said:
And some Old Harry Ramsden's chips to dip in the mayo.
Click to expand...

The Hampstead Case referred to in 2015 has indeed rumbled on.

A case of witness intimidation earlier this year led to some extraordinary scenes in court.

Restraint orders were issued and the offending website closed down. The links above are to an opposing website.

It is hard to make much sense of the site, frankly as it is written by people very close to the events.

The impression most outsiders would have gleaned from the original reports is that children were manipulated into false allegations to smear an ex-husband. The extent of the allegations was actually much more baroque and seems to have created some severe overheating in the Hampstead crucible.

I had to stop reading the judgement. Horrible, bizarre and frankly baffling case.

The court seem to have been very astute in that case, even when it's gone (sort of) in favour of the defendants:

“In the absence of any explanatory motive,” he asked, “could the jury infer that the women who had done this had been trying to intimidate?” Rather, he said, their actions were part of a campaign, albeit an irrational and obsessive one.
Click to expand...

That sums this and similar cases up pretty well. The alleged perpetrators were an irrelevance almost, and could just as well have been anyone else with anything else alleged about them. It is all about those making the accusations.
Last edited: Nov 19, 2016

Location
generally on the fringes

In the news very recently:

Dr Hoskins said she was "profoundly disturbed" to find both operations were based on two uncorroborated witnesses who had been under the influence of controversial psychotherapists.

Furthermore, Sir Edward's key accuser made claims under hypnosis that dredged up "false memories" and her allegations were the result of an "over-active imagination," the expert said.

The woman, referred to as 'Lucy X', had previously made claims of satanic abuse in Tidworth, Wiltshire, to police in 1989 that were later dismissed as "nonsense".

The allegations, the expert said, were made during a period in the late 1980s when fears of widespread satanic ritual abuse where triggered by a book.

Michelle Remembers, by Canadian psychotherapist Lawrence Pazder, recounted his discussions with a hypnotised client who claimed there was an underground network of sadistic killers operating in North America. It was later widely discredited.

Dr Hoskins said that a protege of Mr Pazder, who learned his hypnosis techniques, then used them on a patient of her own in 1988.

"She wasn't to know it at the time, but she was to start the Heath sex abuse inquiry. The client's name was Lucy X," she said."

Pity it doesn't name the psycho the rapists involved... I think there is a culture there of trying to bag themselves a celebrity 'abuser'.

Overview: News articles chronicling the trial cited more than one child thought to be abused at "Fran's Day Care" in Austin, Texas, operated by the Keller's, but this particular case cites their conviction of only one child, while news reports say other charges with other children are pending. Tears were found in the child's vagina. Douglas Wayne Perry, the ex-husband of one of the two other alleged perpetrators who were former deputy constables, confessed that he, along with the constables and the Kellers, engaged in "beer and sex parties, during which several children were sexually assaulted by the adults while photographs were taken." He recanted his confession but then pleaded guilty to a charge of indecency with a child. He confessed to tearing a head off a doll and threatening the children that if they told, their heads would come off the same way. The children described ritual acts, being terrorized in a graveyard, seeing animals killed and bodies dug up and mutilated with a chainsaw.

A 6-yr-old child, who also claimed to be a victim, testified on the behalf of the 3 1/2 year old and called Fran's Day Care, "Fran's Hate Care." The defense lawyers used videos showing some the younger child recanting, saying the abuse never happened, to try to undermine the case. The parents claimed that one of the perpetrators was flashing threatening hand signals during the child's testimony. The defense also stated that the claims were "too outlandish to be believed" because the children also spoke of going on airplane rides and seeing a baby killed. A child led an investigator to a graveyard where they found animal bones. Parents of two children, who said they were abused, have filed a civil suit holding three people accountable (the three described above) for not reporting the abuse. Another mother said "I put my son in a mental hospital as a result of this abuse (by the Kellers), and it's only been through over a year of intensive psychotherapy that he's begun to partially heal." See, "6-yr-old testifies he witnessed abuse of girl", Nov. 24, 1992 , and "Kellers found guilty of sexual assault", Nov. 26, 1992, Austin American Statesman
Click to expand...

The Kellers are now completely exonerated and in line for a multimillion-dollar settlement, 25 years after their conviction.

The family of Carol Felstead have been granted a new inquest into her mysterious death. Let's hope they get some answers this time.

I've only scanned that article, so I may have missed something, but it appears that there's no mention of Valerie Sinason, the 'therapist' involved in this case (one of them, at least).

Sinason - who, if my memory serves me well (no pun intended), equated the answer, 'I don't know' with something along the lines of, 'it's too painful to remember'. So guys, now you know - if you can't remember any specific time, incident, or element from the depths of your youth it's because you were abused by satanists.

I have to say that my attitude to the idea of repressed memory has changed over the last few years - I'm much more inclined to take alleged incidences of it seriously now; but my attitude to therapists who supposedly specialise in recovering such memories has not changed much at all.
You must log in or register to reply here.
Share:
Facebook Twitter Reddit Pinterest Tumblr WhatsApp Email Share Link
Top