I can guess what Coxy has to say about this. The technical term 'nobbers' will occur.

Lol, I'd expect something of the sort. Still haven't got around to listening...

I saw an excellent obscure sci-fi film on freeview a couple of months back called Beyond the Rising Moon (1987). After reading up on the film I discovered the director had more recently produced/created an interesting and unusual Kickstarter funded webseries called Malice. Check it out when you can, the episodes are all quite short in duration.

Not bad! That crazy hat she wears adds an off-the-wall touch too.

Fahrenheit 451 is available over on Radio 4 Extra at the moment, http://www.bbc.co.uk/programmes/b00vs0f0

An isolated house. The discovery of children's graves. A large number of tagged children in the house. Award- winning playwright Bryony Lavery explores of the world of genetics.
Click to expand...

Writer and comedian Dan Schreiber meets the people behind modern-day alien conspiracy theories, from Jesus being an alien to humanity being ruled by an evil reptilian overlord

Looking forward to this. I hope the Ammach lot are contributing...they're always good value.

There's a compilation series of Terry Wogan interviews running on BBC2 in the afternoons, starting today, at about three o'clock. Basic celeb stuff, but tomorrow the theme is strangeness and it includes the David Icke interview. Should be worth a look, also because it features Nicolas Cage doing a cartwheel (though not during the Icke bit).

There's two Icke interviews. There's the notorious purple shellsuit interview, then there's a shorter sequel where Icke turned up in a suit and was very grumpy. Those two should do a reality series where they go round the world on a tandem bike investigating Ancient Aliens or something...

I think it's the shellsuit appearance (wasn't it turquoise? I seem to recall that colour had some significance to him). Set your recording devices, anyway (or watch it on iPlayer).

Just watched the Wogan compilation over my postprandial coffee and the Icke interview is as excruciatingly embarrassing as it always was. The bit where he confirms Saddam Hussein is dead (in 1991) is particularly poor, he's clearly undergone a breakdown. Still, he's made more money out of it than I will ever see.

Better fun was Nicolas Cage - seek that interview out, it'll brighten your day!

I just found out about this new (April 2014) TV series, and I don't recall it being mentioned on the forum before now. Although I haven't seen more than a trailer yet; it does look as though it's pretty decent. I've just started downloading the first season to watch tomorrow.

Quoting from the wiki entry:

Salem is a fictional story based on the infamous Salem witch trials in the 17th century in colonial Massachusetts, when the government was dominated by Puritan leaders. It questions whether the Puritans were right in their actions, whether the people punished were innocent, and centers on powerful figures who controlled day-to-day lives of ordinary people, but were not who they appeared to be.
Click to expand...

FrKadash said:
I just found out about this new (April 2014) TV series, and I don't recall it being mentioned on the forum before now. Although I haven't seen more than a trailer yet; it does look as though it's pretty decent. I've just started downloading the first season to watch tomorrow.

Quoting from the wiki entry:

I was thinking about getting this, but got Black Sails 2 instead. I'd be very interested to hear what you think.

On BBC iPlayer until 19th April:

What happens when the 'greatest non-believer of all time' develops mystical powers? Stars Peter Jeffrey and Norma Ronald.

Just seen that there's a Twin Peaks programme on Radio 4, Monday at 16:00.

Twin Peaks is one of the most influential and innovative programmes in television history - writer and broadcaster Danny Leigh goes for a walk in the woods to explain why.
Click to expand...

Please listen out for Le Guin's superb "The Left Hand of Darkess", this afternoon Sun 11 Apr on R4, or afterwards online. Quintessentially Fortean, an amazing story from a genius author. @Mythopoeika @Frideswide , I believe you are fans, from your life-book-like-lists?

Science fiction with incredible humanity from a brilliant feminist writer. This is the first dramatisation of Ursula Le Guin's 1969 novel which is as groundbreaking in its approach togender as when it was first published over 45 years ago.

In a snow-changed city in the middle of an Ice Age on an alien world, one young man prepares for the biggest mission of his life. Alone and unarmed, Genly Ai has been sent from Earth to persuade the world of Gethen to join The Ekumen, a union of planets. But it's a task fraught with danger. Genly is shocking to the natives. This is a world in which humans are ambigendered - everyone can be a mother, and everyone can be a father.

First Minister Estraven is the only person who champions Genly's cause, but their relationship is deeply incomprehensible and troubling. Genly's life is at risk and he must decide who to trust.

Thanks for letting us know, Ermintrude!

Ermintrude said:
Please listen out for Le Guin's superb "The Left Hand of Darkess", this afternoon Sun 11 Apr on R4, or afterwards online. Quintessentially Fortean, an amazing story from a genius author. @Mythopoeika @Frideswide , I believe you are fans, from your life-book-like-lists?

Excellent novel! Pretty long too, is it a single movie?

CarlosTheDJ said:
Excellent novel! Pretty long too, is it a single movie?
Click to expand...

It's a series apparently and a pretty snappy adaptation of the novel (no footnotes).
I read a critic's review who'd seen the first two episodes and he judged it 'Pretty near perfect'.
Looks like one to watch. 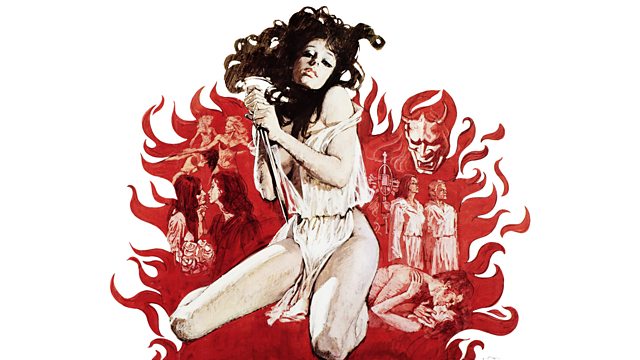 Matthew Sweet explores the dawning of the age of Black Aquarius - the rise (and sudden end) of the weirdly great wave of occultism in British popular culture in the 1960s-70s.

From underground journals like the Aquarian Arrow and specialist bookshops appearing in cities all over Britain to the bestselling novels of Dennis Wheatley, moral panics about upper-crust Satanic cults in the tabloid press and the glut of illustrated books, magazines and TV drama. It was a wildly exuberant seam of British pop culture, but where did it come from, and why did it all take off then?

Flowering from the more arcane parts of the hippy movement perhaps, but mutating into something quite different - why was there such a huge mainstream, crossover appeal for the British public? At one point, Dennis Wheatley had five books in the bestseller list simultaneously. Was this a continuation of the Sixties cultural battleground of restrictive morality being secretly titillated, or was it something darker?

This era matched the first, late Victorian craze for the occult in its intensity and popularity, and certainly drew from some of that era's obsessions - astral planes, dark dimensions, unearthly energies - but the second wave was filtered through 'the permissive society', through a hugely eclectic counterculture, swinging sexual liberation and (for this was all about Chelsea mansions, exotica and sports cars too) new kinds of consumption and lifestyle.

I strongly recommend you all listen to the radio show above, it was fantastic! It'll be on iPlayer, there's a wide range of stuff they cover, some of it is very funny, some spooky, all of it really interesting. Plus Caroline Munro on Dracula A.D. 1972! Love to see those occult documentaries from the 1970s. Again, check this one out, it's a gem.

Another trailer for Jonathan Strange and Mr Norrell. Looks great doesn't it?

Not yet, but did you get the message that two series of Red Dwarf have been commissioned for 2016 & 2017?

Craig Charles has even quit a steady job to do it, he's that committed to Red Dwarf.